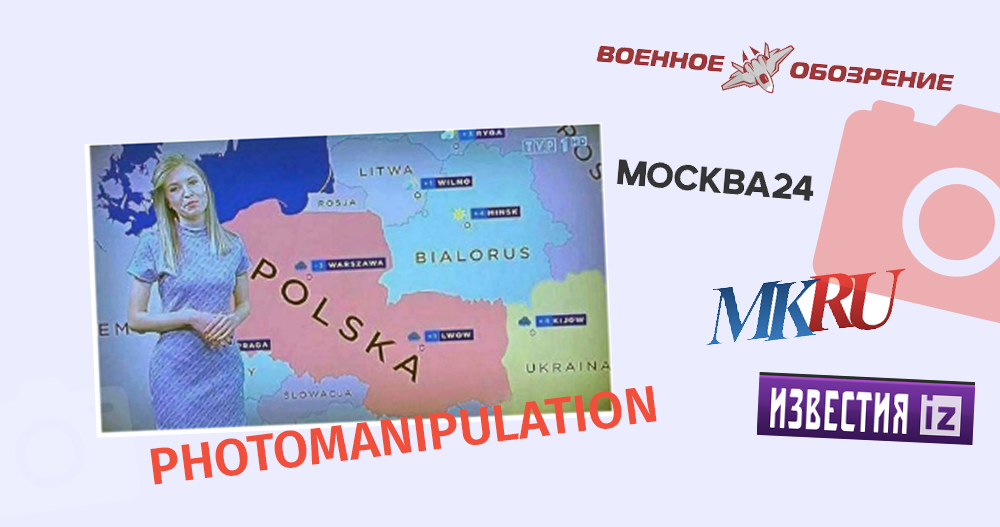 On January 17th, 2023, Kremlin propaganda media (Известия, МОСКВА 24, Московский Комсомолец, Военное обозрение) and  Russian- (1, 2) and Georgian-language (1) Facebook accounts disseminated the information that in the weather forecast of the Polish public broadcaster (TVP 1), the Lviv region was included in the territory of Poland. The articles are accompanied by a shot with the logo of TVP 1, showing a map of Poland and a weather forecast. The Kremlin media sought to convey the idea that this move is also part of the plan, according to which Poland wants to annex Western Ukraine. 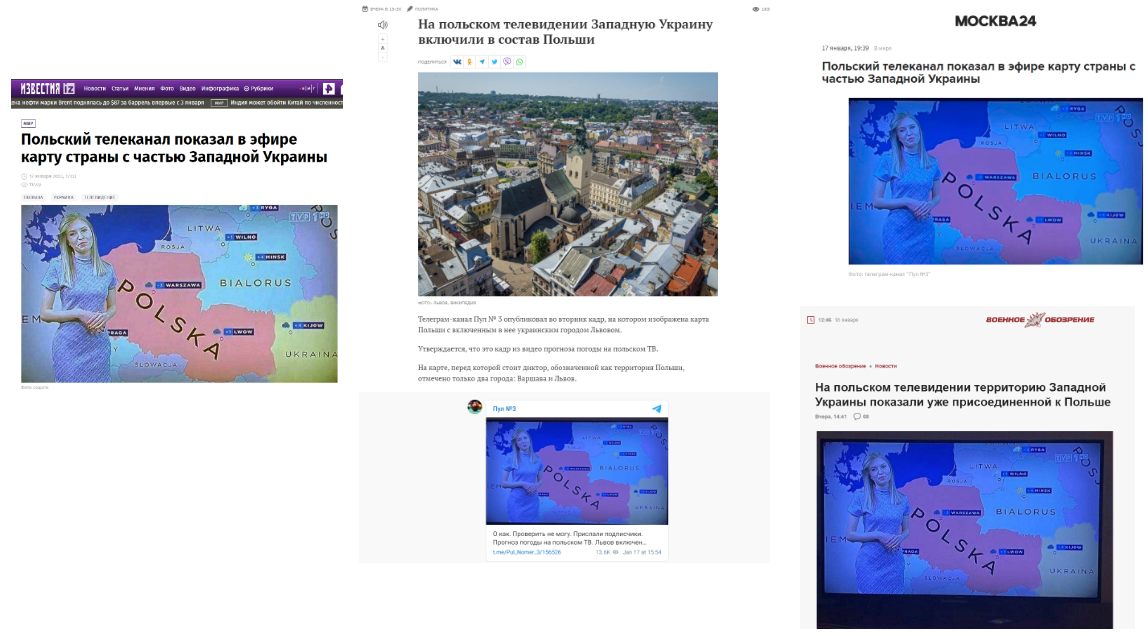 The circulated shot is a photo fabrication, and it was not broadcast on the Polish Public Broadcaster: 1. The anchor depicted in the shot is not the journalist of the Polish Public Broadcaster but the journalist of the “Radio Maria” – Joanna Wysocka. Her photo is manually added to the frame. 2. Polish names of cities and countries on the map are misspelled. 3. The graphic design of the weather forecast of the Polish public broadcaster is different from the given one, and only the territory that officially belongs to Poland is marked on it.

The journalist who, according to the circulated photo, announces the weather forecast on the Polish Public Broadcaster is actually the anchor and reporter of the “Radio Maria.” The photo in question is taken from the program “Thumbnail,” which took place on March 27th, 2020. In the shot, it is clearly visible that the anchor is presented with exactly the same posture, hairstyle and clothes as in the photo disseminated by the Russian media.

2. Polish names of cities and countries on the map are misspelled

On the distributed map, the names of countries and cities lack the corresponding Polish characters, such as “ł”, “ó”, or “ś”. 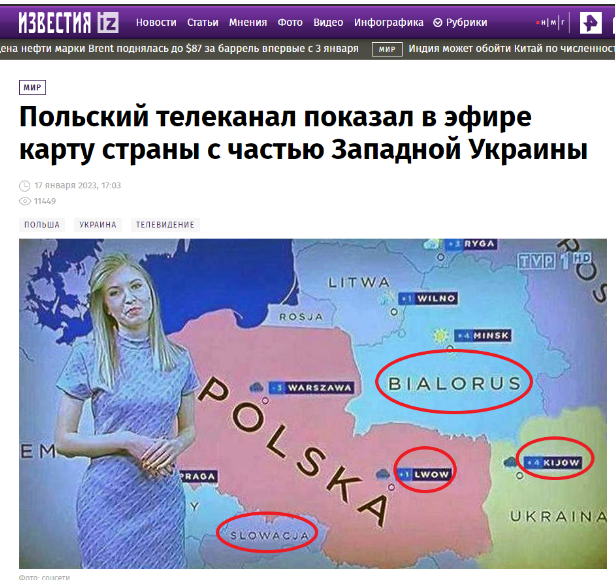 The weather forecast of the Polish Public Broadcaster has a different graphic design than the version spread on the social network, and only the territories that officially belong to Poland are marked on it.

Other maps with identical accusations were circulated on Kremlin propaganda media and Facebook pages in 2022 as evidence that Poland was planning to annex western Ukraine. On the maps, Ukraine was divided between several countries – Poland, Russia, Romania and Hungary. In fact, the map turned out to be old, and it was from a story aired by Polish Public Broadcasting on March 24th, 2014, Vladimir Zhirinovsky’s letter to the Polish Ministry of Foreign Affairs. Zhirinovsky offered Poland to participate in the redistribution of Ukraine, and the map was used to visualize the process. See more:

For more information on the topic, see:

Stirring up historical traumas and dividing societies is a trait of the Kremlin propaganda. The question of the return of historical territories by Poland became active especially after the Russian invasion of Ukraine. Pro-Russian actors are trying to amplify the idea that Poland is using the war for its own purposes and actually wants to seize Western Ukraine. Myth Detector has fact-checked disinformation on the mentioned topic many times in the past: