What did Otto von Bismarck Say about Ukraine and Russia? 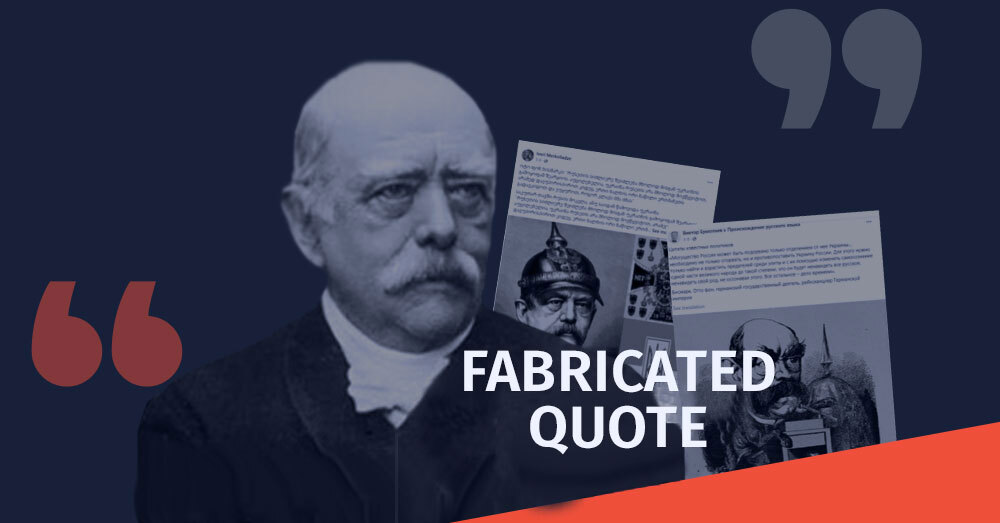 On February 28th, the Facebook user “Iveri Merkviladze” published a quote about Ukraine by Germany’s first Reich Chancellor, Otto von Bismarck. The post quotes Bismarck as saying: “Russia’s strength can only be undermined by the secession of Ukraine. It is necessary to not only cut off Ukraine from Russia but also to confront them, to turn two parts of one people into each other and watch how brothers kill each other.” The post also alleges that based on this opinion, the first initiator of the famous “Dulles’ plan” is Bismarck. This quote from Otto von Bismarck was posted on February 28th by Russian-language Facebook user “Виктор Ермолаев” in the Facebook group Происхождение русского языка (Origin of Russian Language). 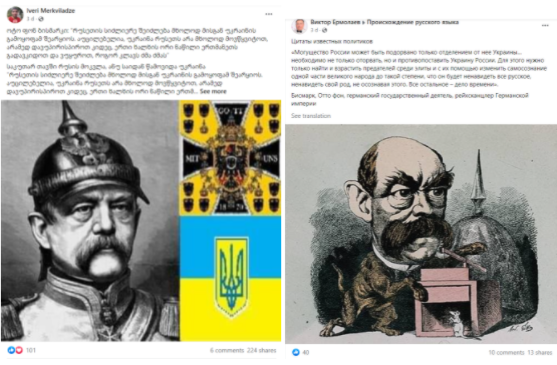 The quote by Otto von Bismarck, published by Iveri Merkviladze and Viktor Ermolaev, is fabricated. In fact, there is no official source confirming that the German Reich Chancellor expressed an opinion of identical or similar content. The fabricated quote has been circulating in Russian and Georgian Kremlin sources since 2013.

In 2014, the German Deutsche Welle contacted the German Bismarck Foundation to verify the aforementioned quote. According to Ulf Morgenstern, a researcher and scientist at the foundation, Bismarck never said such a thing. According to the scholar, there is no evidence to support a similar view expressed by the Chancellor, as comments on this content are not sought in the recordings of his speeches, letters or memoirs. Moreover, according to Morgenstern, Bismarck’s memoirs mention the prediction of one of the German publications on the “division of Russia”, which Bismarck did not agree with.

In a comment with Deutsche Welle, Morgenstern also noted that Bismarck did not know the word “Ukraine” because the term “Ukraine” was later coined in modern Europe. Ukrainian historian Alexander Pali disagreed with the view of the German scientist. According to Pali, the term “Ukraine”, which was still used to refer to the territory of the Ukrainian people during Napoleon’s time, was also known to Bismarck. Pali shares the opinion that the disseminated quote does not belong to Bismarck; it is likely that this opinion was attributed to Bismarck as part of Kremlin propaganda. According to Pali, Bismarck’s alleged quote is entirely different from the language that nineteenth-century diplomats used to speak and write.

On December 2, 2013, the Georgian pro-Russian outlet “Saqinform” published an identical text and photo collage in Georgian and Russian languages. 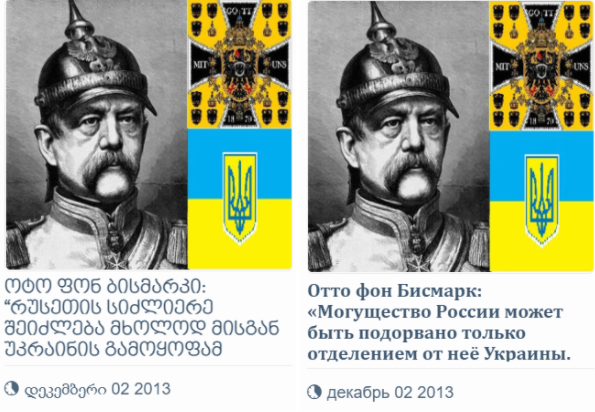 The quote was also published on a website called Russophobia (Unacceptable in any case). 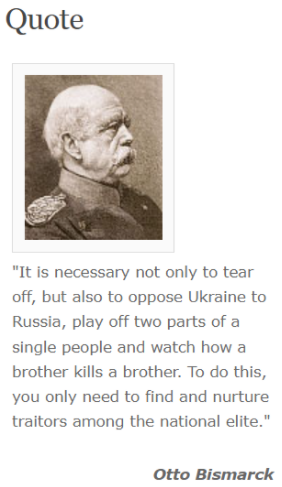 In 2014, the authenticity of the quote was verified by the Ukrainian fact-checking platform StopFake based on Deutsche Welle.

As for the “Dulles’ Plan”, disinformation that American diplomat and CIA Director Allen Dulles had a specific plan to sow universal chaos in the world after World War II and degenerate national values has been circulating in Georgia for years now. For more on the topic, see the articles of “Myth Detector:”