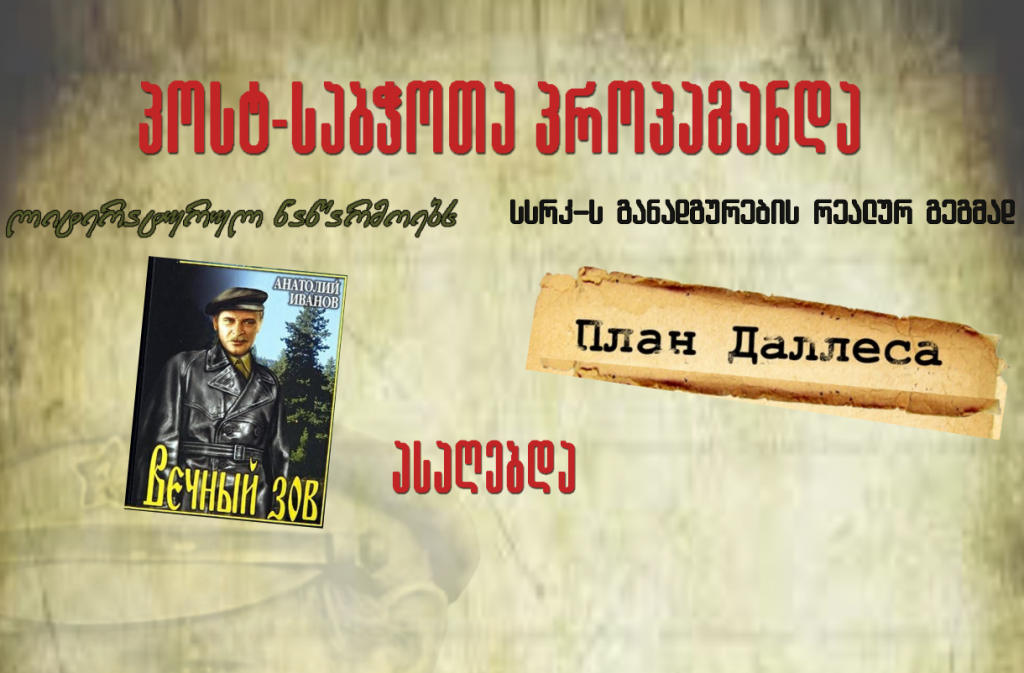 On February 6, “Geworld” repeated a popular myth among Georgian tabloid media outlets about the so-called “Allen Dulles’ Plan” in an article titled “Events are Occurring in Georgia in Accordance with Dulles’ Plan”.

According to this conspiracy theory, during the Cold War, the Director of the Central Intelligence Agency (CIA), Allen Dulles, elaborated a plan to disintegrate the Soviet Union through destruction of moral values of the Soviet society. Myth Detector has written before that the so-called “Dulles’ Plan” is actually a Soviet novel – Eternal Call (Вечный зов).

One of the characters of the novel, a Soviet officer Polipov is captured by Germans during the Second World War. An SS officer, which interrogates Polipov, turns up to be his old associate – former member of the Russian Royal Gendarmerie, Lakhnovski. Lakhnovski suddenly reveals Hitler’s secret plans to Polipov. In the so-called “Dulles’ Plan”, the SS officer’s words are used (See the Infographic) 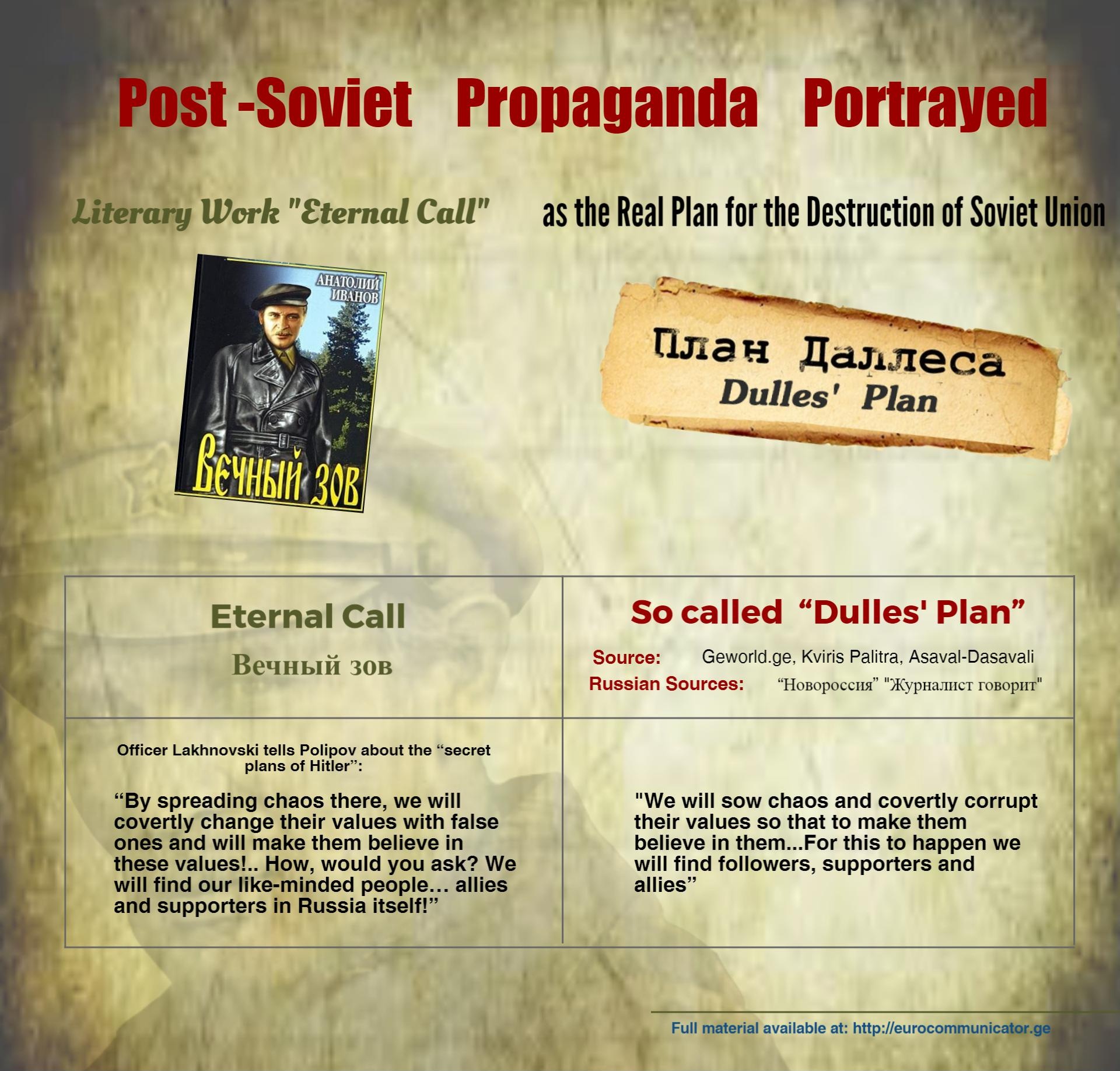 In 1973, a movie with the same name was made based on the novel. This clip from the movie captures Lakhnovski’s monologue which was used in the so-called “Dulles’ Plan”.

“Dulles’ Plan” is widespread in Russian discourse and in a part of Georgian tabloid media.

This conspiracy theory first appeared in 1993, in an article published by archbishop Ioane (Johan) called “A Struggle for Russia”, where the phrase from the novel is presented as Alan Dulles’ words.