Kelly Degnan’s Statement Regarding Sanctions Disseminated with a False Interpretation 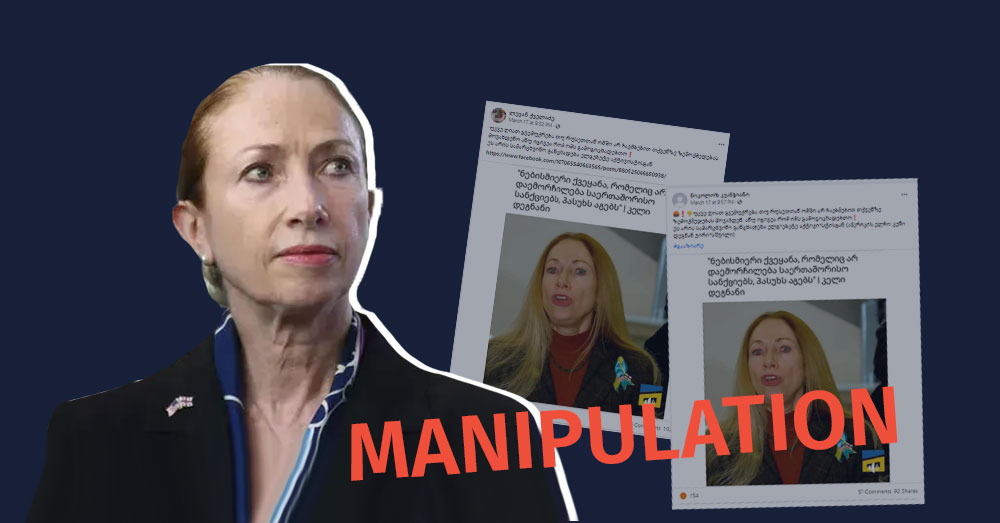 On March 17th, the Facebook user “Nikoloz Kvanchiani” published a screenshot of a “Mtavari Arkhi” post depicting the US Ambassador to Georgia, Kelly Degnan, with the caption: “There are consequences for any country that doesn’t comply with international sanctions regime – Kelly Degnan.” According to the post’s author, Degnan threatens Georgians and forces them to join the war against Russia. 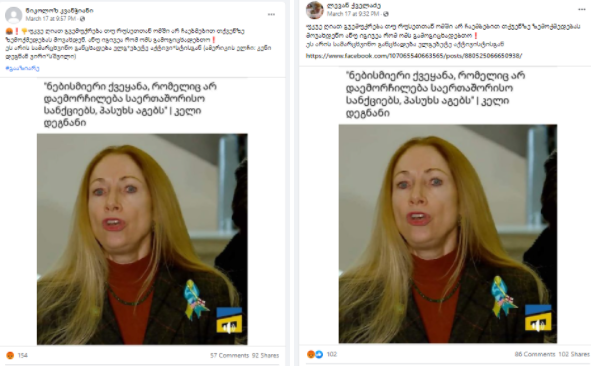 The statement of Kelly Degnan is being disseminated with a false interpretation. In fact, Degnan is neither threatening Georgia nor encouraging it to get involved in the fight against Russia. Degnan claimed that no one is asking the Georgian government to impose bilateral sanctions if the country does not want to do so. According to the Ambassador, there is a certain expectation that Georgia, like other countries, will join the international sanctions and implement them to the extent it can.

Facebook users Nikoloz Kvanchiani and Levan Kveladze disseminate Kelly Degnan’s quote manipulatively, claiming that Degnan is allegedly calling on Georgia to join the war against Russia. Only the text of the “Mtavari Arkhi’s” Facebook post appears in their posts, which only displays a small portion of Degnan’s quote. The complete statement is uploaded in the form of a video on the Facebook page of “Mtavari Arkhi”, where one can observe that Degnan neither threatens Georgia nor calls for war against Russia.

The full text of Degnan’s statement is published on the website of the US Embassy in Georgia, emphasizing that no one is asking the Georgian government to impose bilateral sanctions on Russia, and in this situation, the vital aspect is to express a united stance against Russian aggression and enforce international sanctions. Only after Degnan notes that “there are consequences for any country that doesn’t comply with an international sanctions regime.”

Nikoloz Kvanchiani is a member of the “Chokhosani Society of the Patriarchate” and a supporter of the pro-Kremlin TV broadcaster “Alt-Info” and the “Conservative Movement” party. 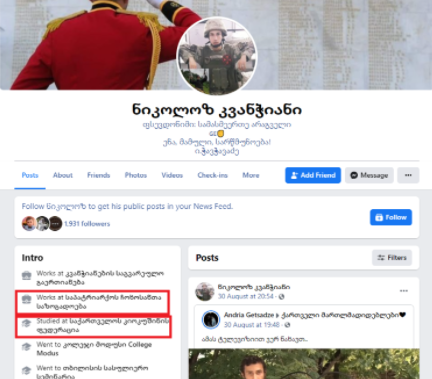 Kvanchiani actively publishes posts in support of the “Conservative Movement”. He also attended the violent protest on July 5th, 2021, and took part in the protests against the Namakhvani HPP. 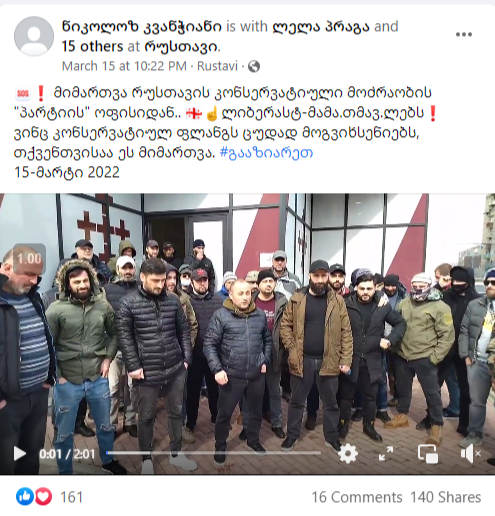 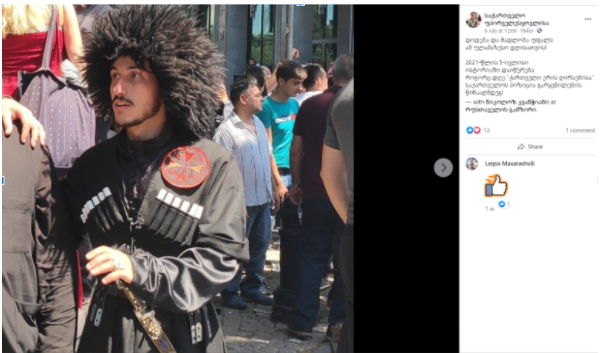 As for Levan Kveladze, his profile indicates the Ministry of Defence as the working place. In addition, the user has published photos taken with members of the party “Georgian Idea”, including Guram Palavandishvili, Alexander Palavandishvili and Levan Chachua. 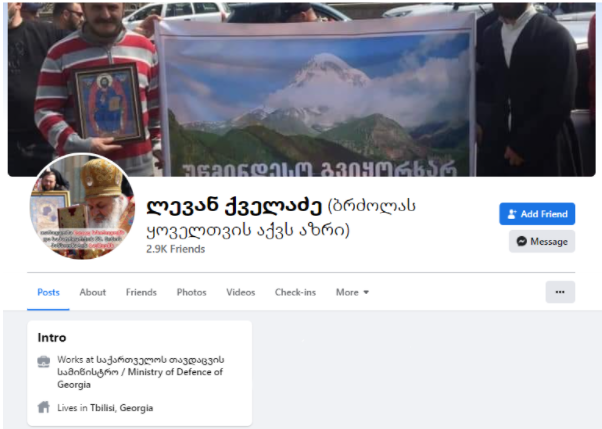 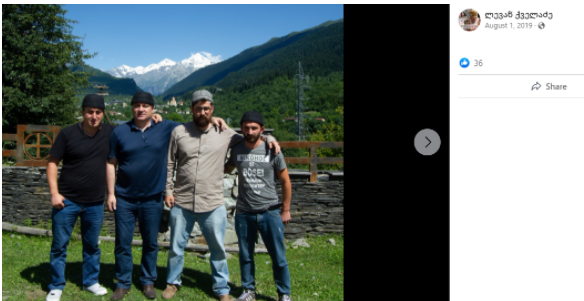 For more disinformation related to the U.S. Ambassador in Georgia, Kelly Degnan, see the articles prepared by the Myth Detector: