A Georgian March Member Disseminates Disinformation About the U.S. Ambassador 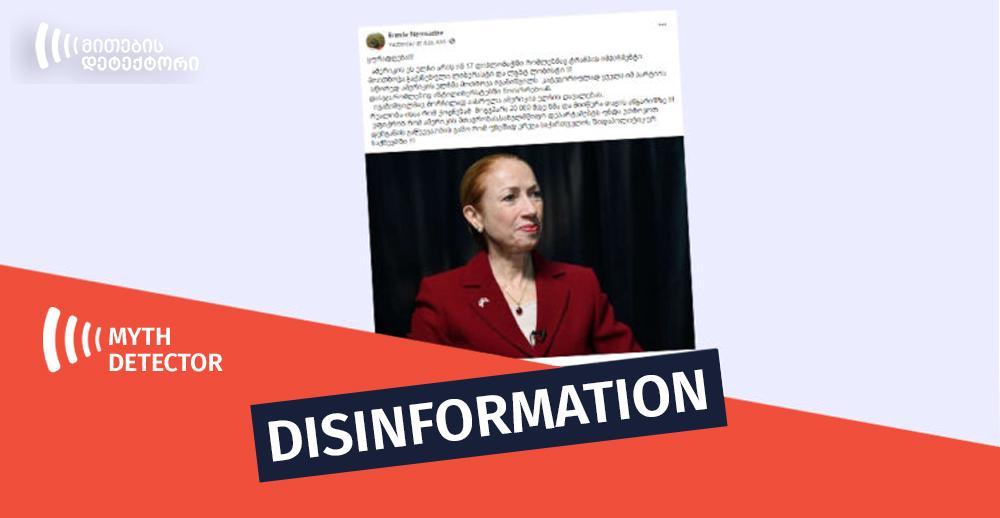 On November 2, Ermile Nemsadze, the Head of the Western Georgia Office of the Georgian March and a majoritarian candidate in Kutaisi, published a post on his Facebook account where he spoke about a request to withdraw Kelly Degnan, the U.S. Ambassador to Georgia, and notes that Degnan was among the 17 diplomats that requested an impeachment of Donald Trump, the U.S. President. Nemsadze also wrote that the U.S. Ambassador grossly interferes in the domestic policy of Georgia. 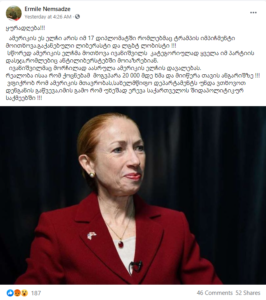 Nemsadze’s post is disinformation. Neither has Kelly Degnan featured in the initiative demanding the impeachment of Donald Trump nor is she among the diplomats that have been questioned in connection to this case. Trump nominated Degnan as the Ambassador himself in September 2019.

According to the Constitution of the United States, the impeachment process has to be carried out in the House of Representatives and the Senate. Therefore, only the members of congress are allowed to participate in the preparation of the impeachment, formulation of articles, voting, and ruling. In Trump’s impeachment proceedings this was also the case. Nevertheless, various high-rank officials, including former and acting diplomats, have been questioned in the framework of the investigation, namely:

Kelly Degnan did not feature among the questioned officials simply because her diplomatic career is not associated with Ukraine.

President Trump nominated Kelly Degnan to serve as the U.S. Ambassador to Georgia on September 4, 2019. Hearing of Degnan at the U.S. Senate Committee on Foreign Relations took place on October 29. In her speech, Degnan emphasized the partnership between NATO and Georgia, as well as important relations with the United States and expressed willingness to work on deepening the relations. Degnan took office in Georgia on January 29. Soon after arriving in Tbilisi, she actively engaged in the negotiations between the government and the opposition concerning the electoral system, which concluded with March 8 agreement and a formulation of a mixed system.

The initiation of Donald Trump’s impeachment took place due to a phone call between the U.S. President and Volodymyr Zelensky, the President of Ukraine. The public interest in this call was due to August 12 testimony by an anonymous CIA representative referring to an alleged incident of abuse of power by the U.S. President in the relations with the President of Ukraine. Namely, the testimony mentioned that Trump threatened Zelensky to cut military aid to Ukraine if he refused to investigate the activities of Joe Biden’s son, Hunter Biden. In addition, Trump blocked USD 391 million in military aid to Ukraine shortly before the call. A suspicion, that Trump was abusing his power to pressure Zelensky and smear his political opponent, has been arisen. Due to the public interest, the White House published the full version of the phone call that paved way for even more questions. Later, in the process of the investigation, an employee of the United States National Security Council, who was listening to the phone call on July 25, admitted that the published version was not full.

On September 24, Nancy Pelosi, the Speaker of the United States House of Representatives, made a formal impeachment inquiry due to the “Ukrainian scandal”. The inquiry lasted until November and several high-ranking U.S. officials were questioned. After the discussion of the results, the U.S. House of Representatives impeached Trump for abuse of power and obstruction of Congress. The U.S. Senate, on the other hand, acquitted Trump on 2 articles of impeachment on February 5. 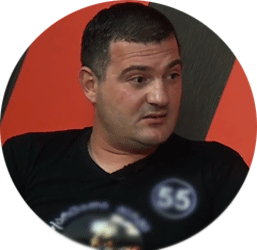