What did Henry Kissinger (Not) Say during the Bilderberg Conference? 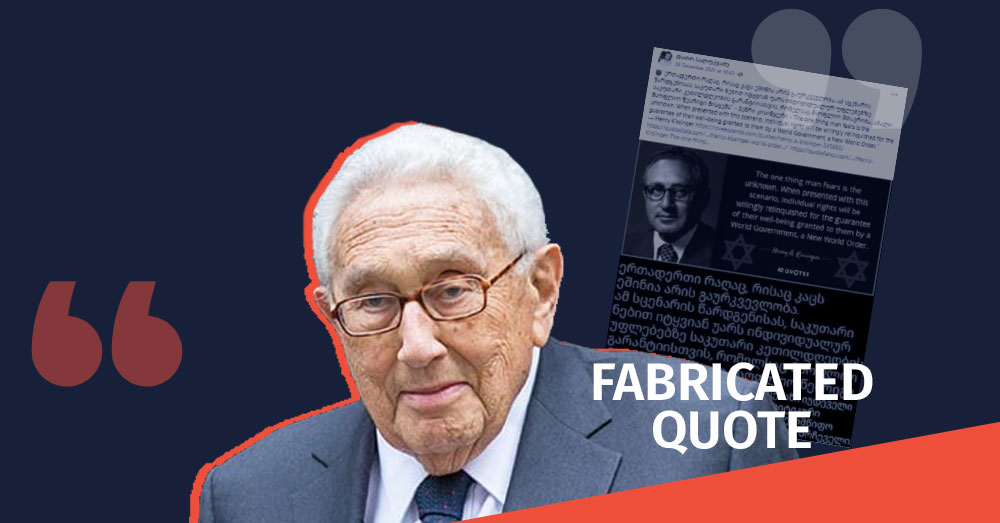 On December 28th, 2021, Facebook user Dato Salukvadze shared an alleged quote of the American politician and diplomat Henry Kissinger, according to which the emergence of fear of uncertainty among people is part of the new world order and strategy for world governance. Dato Salukvadze indicates loveexpands.com as the source of Henry Kissinger’s quote, where a more detailed version of the quote can indeed be found, although the website does not indicate the date when the statement has been made. 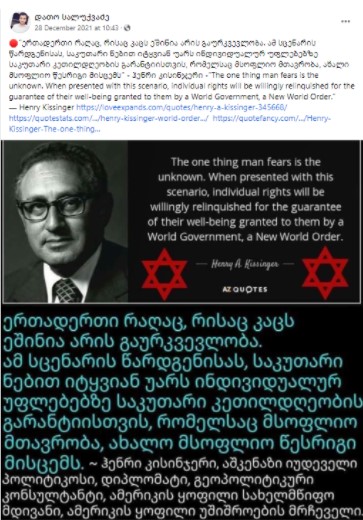 By using the Google search engine, one can locate the quote on various websites, as well as in several books written about the Illuminati and the world government. All these sources cite Henry Kissinger as the author of the quote and specify that Kissinger said these words at a conference of the Bilderberger Club in the French city of Evian. In addition, according to some sources, the citation is dated back to 1991, while several other sources claim that the quote was voiced in 1992.

Conspiracies about the Bilderberg Club, as well as other fabricated quotes of the American politician Henry Kissinger, have been fact-checked by “Myth Detector” in the past as well. Read more:

Do the Words ‘We only had sex, they [Soviet People] had true love’ Belong to Kissinger?