Are there Pentagon-Controlled Biological Laboratories in Ukraine? 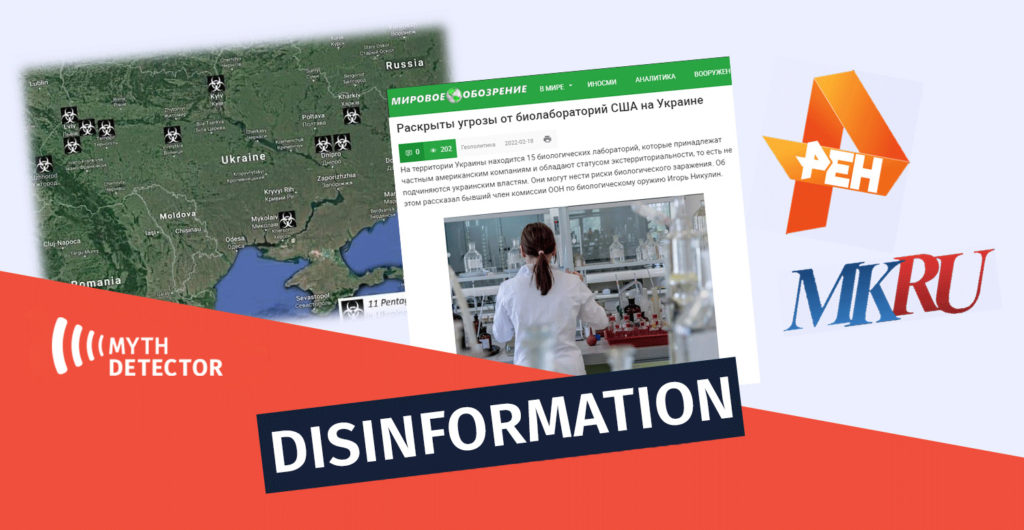 On February 18th, 2022, Russian online outlets Московский Комсомолец and Tehnowar.ru published articles about foreign-run military laboratories in Ukraine, according to which the United States controls 15 Biolabs in Ukraine. Московский Комсомолец’s article has been circulating on Facebook since February 18th. The propaganda media Ren TV has been writing about the potential biological threat from Ukraine since January 2022 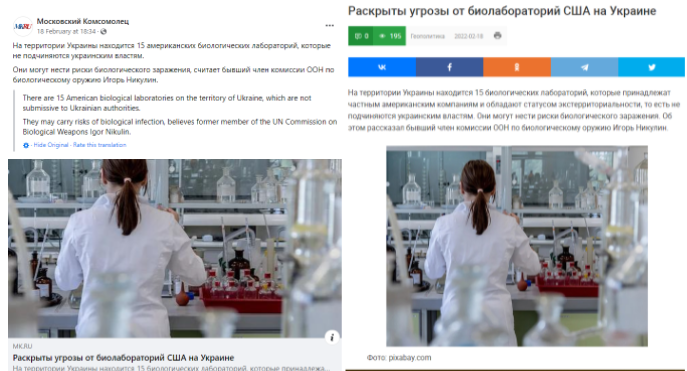 Similar disinformation appeared on Georgian social networks following Russia’s full-scale military attack on Ukraine. On February 25th, 2022, the Facebook user “Bacho Grigolia” claimed that  7 of the 11 biological laboratories controlled by the Pentagon and American corporations in Ukraine were destroyed by Russian missile attacks. According to the user, the existence of these laboratories on the territory of Ukraine proves that Ukraine is not independent and is run by corporations and globalist forces of Western countries. 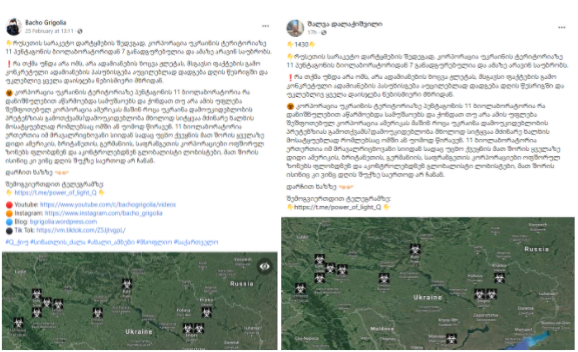 The claim that there are Pentagon-controlled biological laboratories in Ukraine is disinformation that has been disseminated by the Kremlin media and other pro-Russian sources for years. In fact, the US Department of Defense has been assisting the Ukrainian government in technically strengthening its public health laboratories since 2005. However, the program does not include work on military biological projects.

Disinformation spread by Georgian Facebook users, as if after the Russian invasion of Ukraine, the Russian side began to destroy the non-existent “Pentagon laboratories”, was first published by Twitter user @WarClandestine. 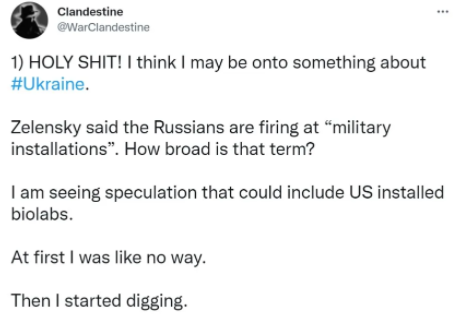 The account has been shut down due to the spread of disinformation; However, other social network users are actively writing about the bombing of “Pentagon-run laboratories” in Ukraine. 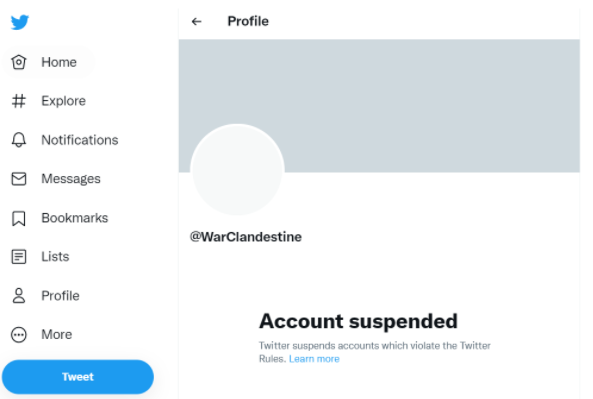 Claims about the operation of US military laboratories in Ukraine that produce biological weapons have been circulated by Kremlin propaganda sources since 2018. According to the Russian narrative, the Americans create pathogens and deadly diseases in military laboratories near the Russian border and then secretly test them on the population of post-Soviet countries. Shortly after the start of the Coronavirus pandemic, in May 2020, Ukraine’s security service issued a special statement in response to coordinated disinformation about “American laboratories” on social media, stating that foreign-run biological laboratories, especially the military ones, do not operate in Ukraine.

Russian sources and linked social media users have been targeting the “Joint Threat Reduction Program” launched by the US Department of Defense in 1991 to safely neutralize biological weapons made in the post-Soviet countries and promote public health. The United States has been cooperating with Ukraine since 2005 under this program. Under the agreement, which entered into force in 2005, Ukrainian laboratories in various regions of Ukraine were technically upgraded and brought up to modern standards. However, this does not mean that these laboratories are for military purposes or subject to the US government. Andy Weber, a member of the Board of Directors of the American Arms Control Association and former Assistant Secretary for Nuclear, Biological and Chemical Defense Programs, explained to the fact-checking platform “PolitiFact” that the US Department of State only helps Ukraine in the context of improving public health. Weber stated that the claim that the Pentagon or any other US government agency operates military laboratories in Ukraine is false.

In response to widespread disinformation and conspiracy theories about military laboratories, the US Embassy in Ukraine stated that the United States is working with its partner countries to prevent the local or global spread of dangerous diseases, although the cooperation does not involve producing biological weapons.

Notably, similar disinformation and narratives have been disseminated in the context of Lugar’s laboratory in Georgia as well. For more on Lugar’s lab, see Myth Detector articles: