Disinformation by global research center in Alia regarding the Lugar laboratory 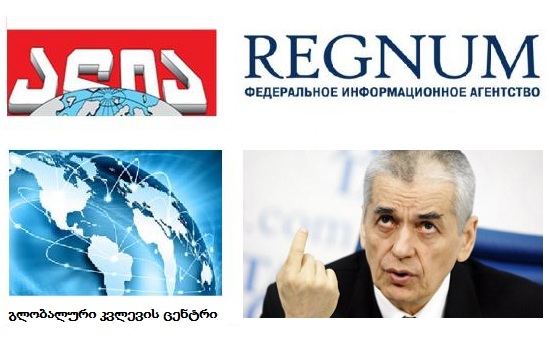 In its edition on August 1-7 Georgian newspaper Alia published an article prepared by Global Research Center titled “The Lugar Laboratory in Georgia: Risks and Opportunities”, which contains disinformation about the activities of the Richard Lugar Center for Public Health Research in Tbilisi. The newspaper’s editorial board confirmed that it was a paid article.

Global Research Center was founded in 2013 by Ioseb Archvadze, Nana Devdariani, former public defender, and Maia Chubinashvili. According to the research “Russian Influence on Georgian NGOs and Media” prepared by an online platform, damoukidebloba.com under the Institute for Development of Freedom of Information (IDFI), “the organization mostly promotes anti-Western sentiments, and is primarily based upon the viewpoints and analysis of the Eurasian Institute.” According to the same research, the main participants of the organization’s events are experts and researchers with negative attitudes towards the West. In its report “Anti-Western Propaganda”, the Media Development Foundation frequently refers to Nana Devdariani as one of the sources of anti-Western sentiments.

The article about the Lugar Laboratory cites the statements made by Nikolai Patrushev, the secretary of Russia’s Security Council, and the Russian Foreign Ministry. Patrushev said in 2015 that the biological warfare laboratories in CIS countries were controlled by the United States. The Russian Foreign Ministry said in its statement that “The [Lugar] Center is “home” to a medical research unit of the US army, a branch of the Walter Reed Army Institute of Research (WRAIR).” According to the same article, the Richard Lugar Center for Public Health Research conducts U.S-funded research, which is extremely doubtful and dangerous for the population. The center has been accused of alleged production of liquid heroin in 2011-2012.

Russian media and politicians have been spreading disinformation about the activities of the Richard Lugar bio laboratory since the day of its establishment. They claim that the United States is creating a network of biological warfare laboratories around Russia. Russian news website, Regnum, accused the laboratory of spreading H1N1 virus across Russia. Russia’s chief sanitary doctor, Gennady Onishchenko is especially active in spreading disinformation. He claims that this is just the Lugar Laboratory where mosquitoes are deliberately infected with Zika virus. Georgian media outlets regularly dedicate their space and airtime to Russian propaganda. In 2015 Obiektivi TV aired Russian-language stories prepared by TV channels – МИР, Россия 24, 31 КАНАЛ and RBK TV, where the laboratory was accused of conducting experiments on Georgian population.

The Central Public Health Reference Laboratory (CPHRL), the so called Lugar Laboratory was opened in 2011 under the Framework Agreement signed in 1997 and the Agreement on Cooperation in the Area of Prevention of Proliferation of Technology, Pathogens and Expertise Related to the Development of Biological Weapons signed between the U.S. Department of Defense and the Georgian Defense Ministry in 2002. The United States provided a total of USD 350 million for the construction and technical equipment of the laboratory. In 2013 the laboratory moved to subordination of the National Center for Disease Control and Public Health (NCDC) and from 2018 the Government of Georgia will assume responsibility for full funding and operation of the Lugar center and laboratory network.

The Lugar Center consists of modern BSL-2 and BSL-3 laboratories. The Biosafety Level 3 (BSL-3) facility houses bacteriology and virology laboratories, as well as the National Repository of Especially Dangerous Pathogens (EDPs) causing human and animal diseases. The Lugar center is the only facility not only in Georgia but the entire Caucasus and Central Asia region, which has a BSL-3 laboratory.

Food safety is one of top priorities of the center. In this regard, the center is cooperating with the Laboratory of the Ministry of Agriculture, since both chemical and biological research is essential for food safety. It should be noted that the Lugar Center conducts only biological research. Food products are mostly examined in the BSL-2 Laboratory of the Ministry of Agriculture, but in case of especially dangerous diseases the laboratory applies to BSL-3 laboratory of the Lugar Center. Existence of a laboratory network equipped with modern technologies in the sphere of food safety is also important in terms of exporting agricultural products to EU market.

Thus, Georgian media reports against research activities carried out at the Lugar laboratory are groundless and represent a part of Russian message box. 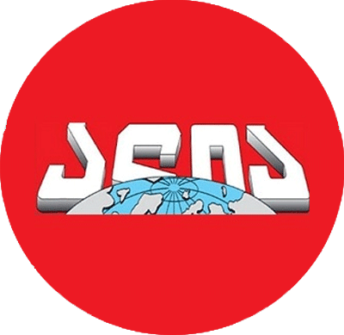