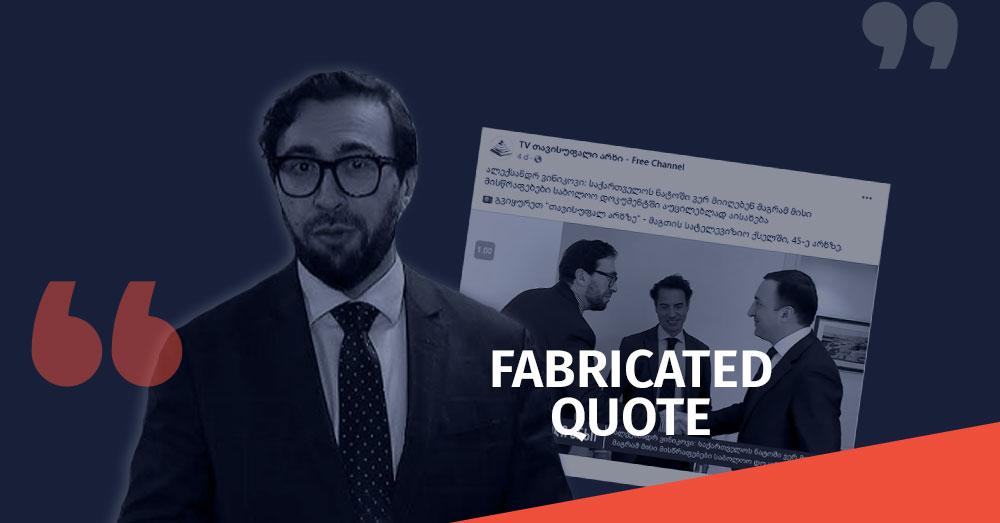 On May 5th, 2022, The Facebook page of the ‘Free Channel’ posted a comment of Alexander Vinikov, the new head of the NATO Liaison Office in Georgia. The quote alleged that Vinikov said “Georgia will not be accepted into NATO, although the country’s aspirations will definitely be reflected in the final document.” The video published by the ‘Free Channel’ uses footage of a meeting between NATO Secretary General’s Special Representative for the Caucasus and Central Asia, Javier Colomina, Alexander Vinikov and Irakli Garibashvili; however, it does not include the audio commentary by the head of the NATO office himself. The footage of the meeting features a journalist’s voice over in which he repeats the same statement on behalf of Vinikov. 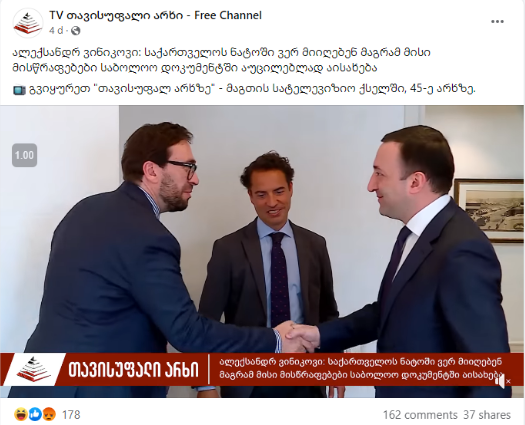 The information that the new head of the NATO Liaison Office in Georgia said that Georgia would not be accepted into NATO is false. In fact, in a comment to “Myth Detector,” the NATO liaison office denied the information about the diplomat making such a statement. A statement of identical or similar content by Vinikov cannot be found in open sources either.

In order to verify the information, “Myth Detector” contacted the NATO Liaison Office in Georgia. In a comment to “Myth Detector,” the representative of the office noted that Vinikov never made a statement of this kind. Although Vinikov indeed stated that the aspirations of Georgia would be reflected in the final document, he never said that the country would not become a member of the alliance. The Liaison Office stated that they even contacted the “Free Channel,” asking them to correct the information.

The video published by the ‘Free Channel’ depicts the meeting between the Georgian PM Irakli Garibashvili and NATO Secretary General’s Special Representative for the Caucasus and Central Asia, Javier Colomina. Information about the meeting was published on the YouTube channel of the Georgian Government on April 27th. 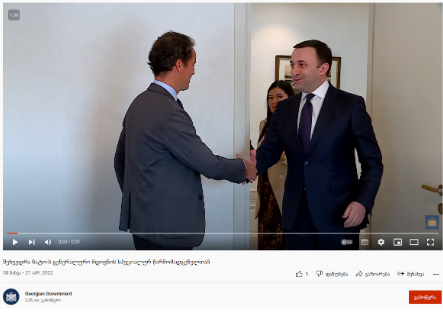 Alexander Vinikov also attended the meeting. As for the meeting with Vinikov personally, Garibashvili met with the new head of the NATO Liaison Office on March 22nd. According to the Prime Minister’s press service, the meeting was of an introductory nature. 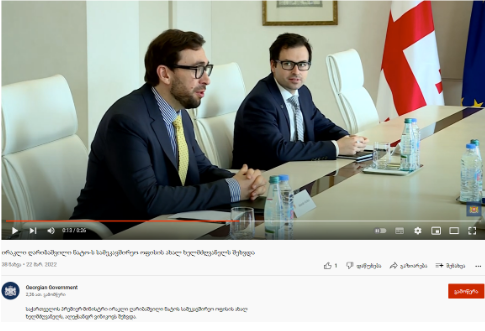 Garibashvili congratulated Vinikov on his appointment, and they discussed issues of NATO-Georgia cooperation. Information that Vinikov said at one of these meetings that Georgia could not be admitted to NATO cannot be found in open sources.

The Facebook page of ‘Free Channel’ was created on December 22nd, 2019, under the name of Ilioni TV and was transformed into a free channel on November 25th, 2020. The page is affiliated with the party ‘Free Georgia’ and its chair Kakha Kukava. According to the data of June 19th, 2020, Roini Khijakadze became the director of “Illioni” Ltd., who is also one of the leaders of ‘Free Georgia.’

Disinformation disseminated by the ‘Free Channel’ was fact-checked by the ‘Myth Detector’ in the past as well. For more, see our articles: 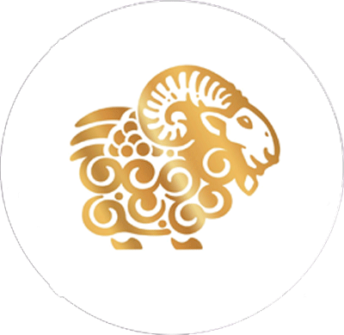