Does the Photo of a Helicopter Helmet Confirm the Presence of NATO Pilots in Ukraine? 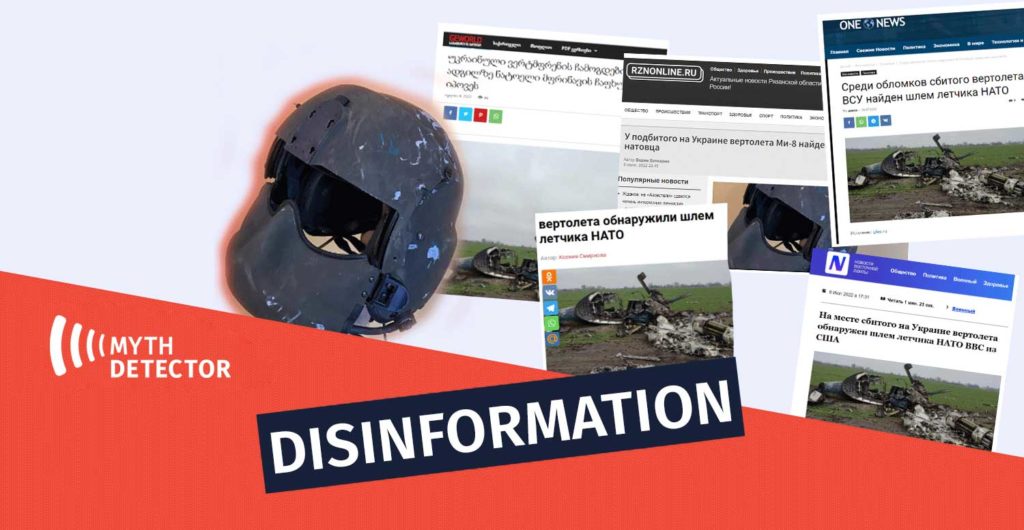 On July 9th, 2022, the Georgian online outlet “Georgia and World” published an article with the following title: “A helmet belonging to a NATO pilot was found at the site of the downing of the Ukrainian helicopter.” The article states that a tactical helmet, HGU-56/P ABH, used by pilots of NATO member states and the US armed forces, was found at the site of the downed helicopter in Ukraine. According to the description, since the Ukrainian Armed Forces do not officially have such helmets, it is suspected that the downed helicopter was operated by an active American pilot or mercenary. “Georgia and World” published the information based on the Russian online outlet avia.pro, while on July 8th, other Russian online media outlets (znatkak.livejournal.com, osnmedia.ru, yakutsknews.net, novostivl.ru, solenka.info, ryazan.life, 1news.pro, rznonline.ru) disseminated the same information. According to Russian-language publications, the instance confirms the participation of active or former NATO soldiers in military actions.

The information disseminated in Georgian and Russian sources that the downed helicopter was operated by a pilot of a NATO member country or the US armed forces is false. Photos of the HGU-56/P ABH were initially released by the helmet manufacturer. The post states that the photos were given to the company by Ukrainian pilots as a sign of gratitude because the helmet saved their lives.

On July 7th, 2022, photos of the military helmet named HGU-56/P ABH were released by the manufacturing company Gentex Corporation on their Instagram account. According to the post, the photos of the ballistic helmet of the air force were sent to them by the Air Force of Ukraine as a sign of gratitude. Ukrainian pilots wanted the manufacturing company to see the helmets that saved their lives. 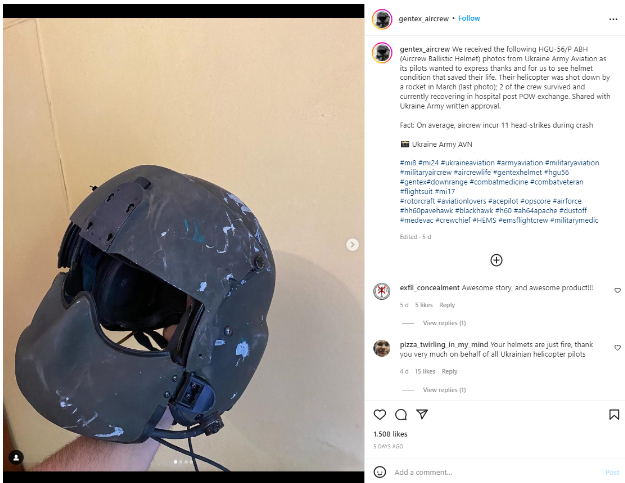 A post by Gentex Corporation also noted that the helicopter was shot down by a missile in March, during which two crew members survived. The pilots were captured by the Russian side and later returned to Ukraine during a prisoner exchange between Russia and Ukraine. 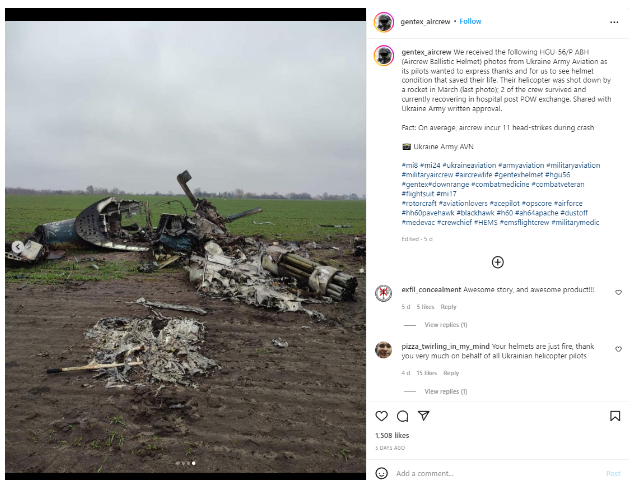 HGU-56/P is a modern American helicopter helmet, created by Gentex Corporation in 1995. The helmet is very light and durable, has a double shield system and moves up, down and sideways with the help of a special lever. The helmet shield can be transparent, tinted, high-contrast or resistant to laser radiation.

Notably, the Kremlin propaganda has tried to falsely prove the involvement of NATO in the Russia-Ukraine war. “Myth Detector” fact-checked a number of false claims about the presence, capture or death of military representatives of the member states of the North Atlantic Alliance in Ukraine, see in detail: