Was the Commander of NATO Allied Land Command Captured by the Russian Military? 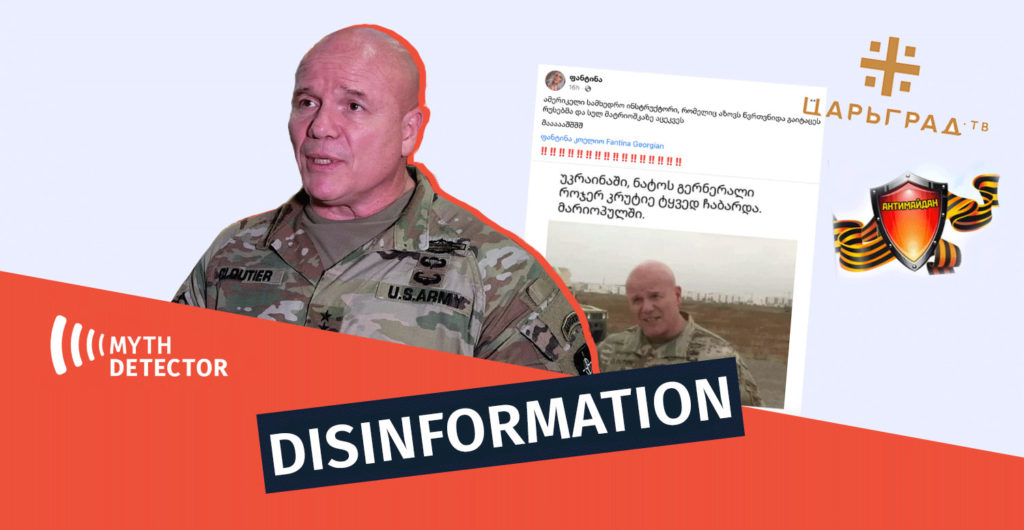 On April 8th, 2022, the Facebook user “Fantina” published a post accompanied by a photo of an American general, claiming that “the American military instructor, who used to train the Azov Battalion, was kidnapped. The photo shows the Commander of NATO Allied Land Command from the United States – Lieutenant General Roger L. Cloutier Jr. The same information, asserted to be credible news, was published by the Facebook user “Dito Bidzinashvili.” 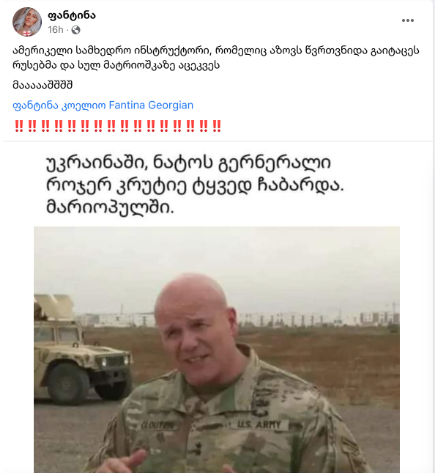 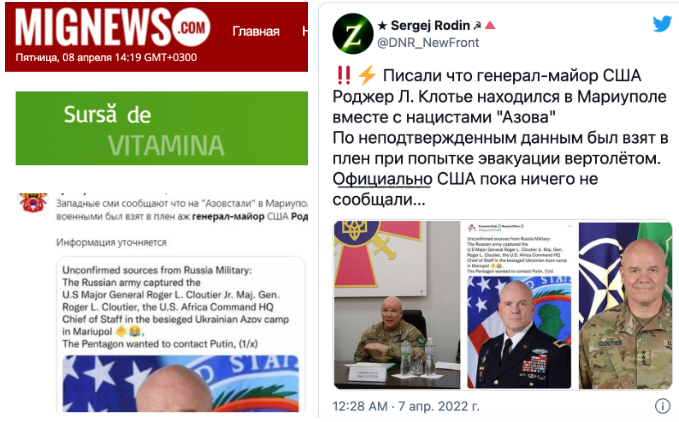 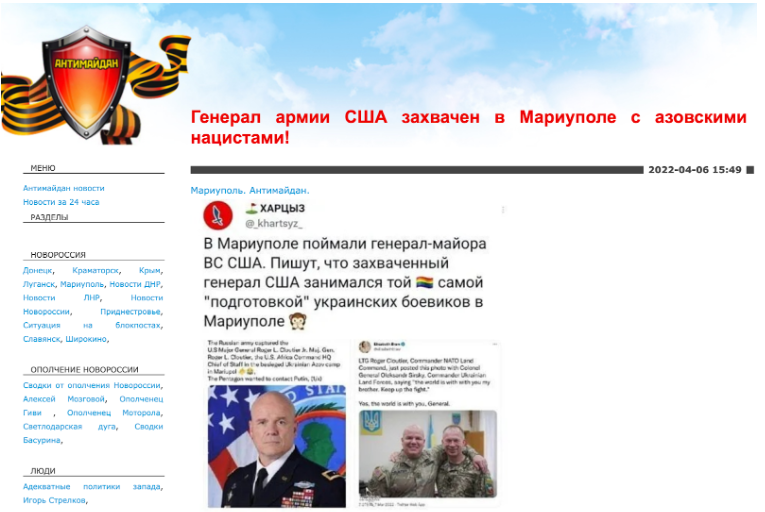 The information was originally posted on April 3rd by the English-language Twitter account Formosa Club Russia Office @ Miguel18011505, stating that in the besieged Azov camp in Mariupol,  U.S. Africa Command HQ Chief of Staff, Major General Roger L. Cloutier Jr. was captured by the Russian army. The tweet states that the information is based on unconfirmed sources from the Russian military. 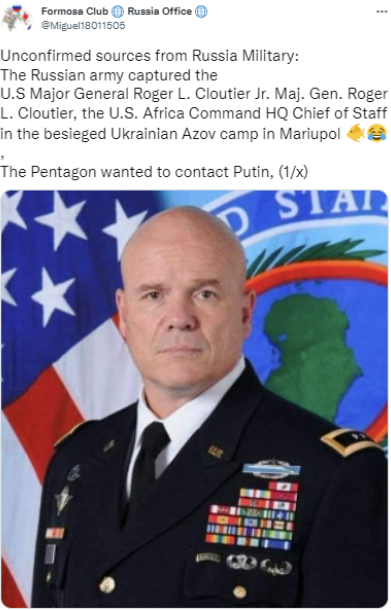 The claim about General Cloutier’s capture and his presence in Mariupol is disinformation that has been denied by Roger Cloutier himself.

On April 6th, General Roger Cloutier published a post on his LinkedIn account stating that he was at the headquarters of the European Allied Forces in Izmir, Turkey.

In a comment below the post, the general answered the question about the rumours around him, stating that these claims are completely false. 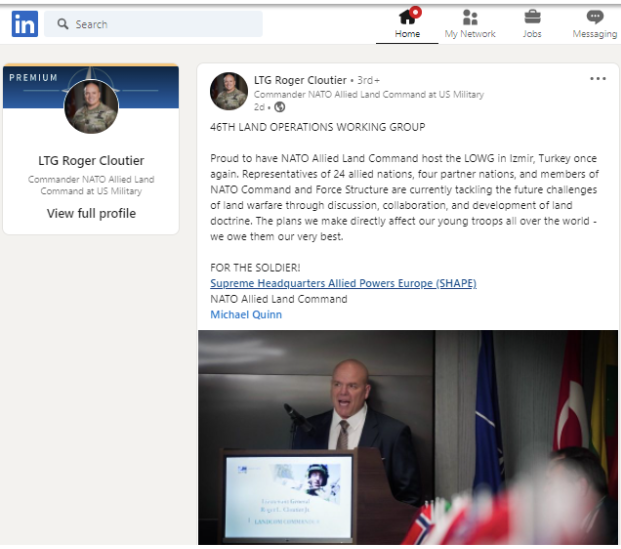 On April 5th, the Facebook page of NATO Allied Land Command published a post with photos of the Land Operations Working Group in Izmir. The photos also feature General Cloutier. 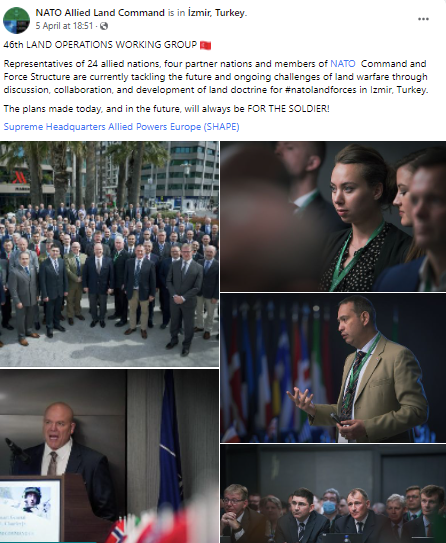 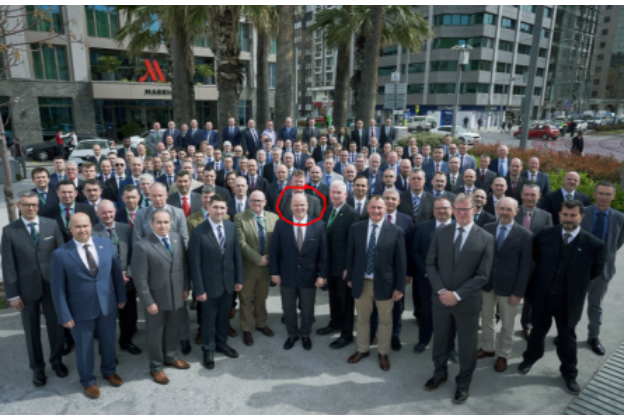 On April 4th, the disinformation about the capture of the U.S. General was also fact-checked by PolitiFact.