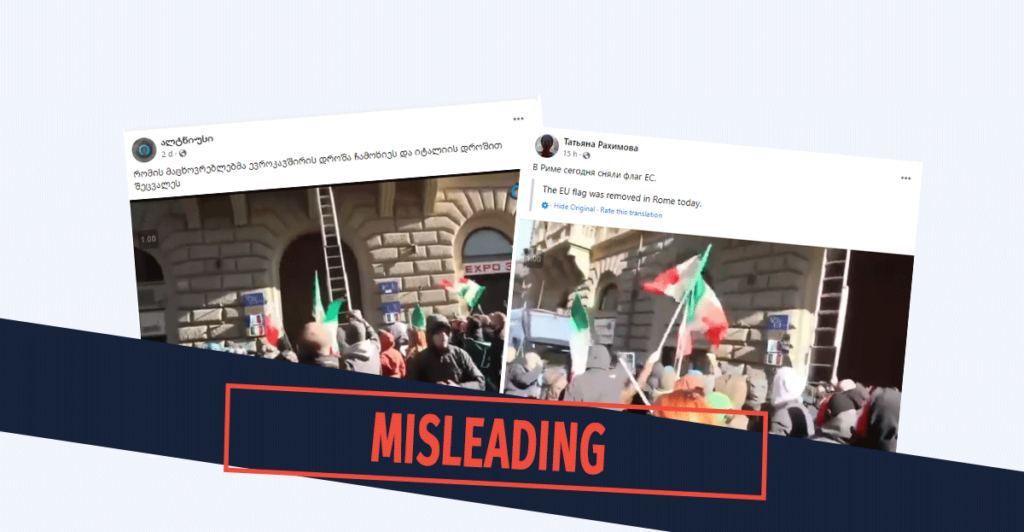 A video showing protesters marching towards a governmental building and taking down a flag has gone viral on social media. The descriptions accompanying the video claim that during a protest in Rome, Italians took down the EU flag from the EU office building and hoisted the flag of Italy instead. During September 24-27, the video was circulated among the Georgian pro-Kremlin media outlets, Facebook pages, and various Georgian(1,2)  and Russian-language(1,2,3)  individual Facebook users. Part of the Russian-speaking Facebook users claimed that the incident occurred on September 26th.

The video is being disseminated with a misleading description. In fact, the video was recorded not in September 2022 but in December 2013, during a protest organized by around 100 members of a neo-fascist group, while the person who took down the flag was arrested on the spot.

The disseminated posts create the impression as if the video was recorded recently in Rome. In fact, the video was recorded in December 2013, when the members of an Italian neo-fascist organization CasaPound attacked the EU office in Rome, and one of their leaders, Simone Di Stefano managed to take down the flag hoisted on the balcony of the office. 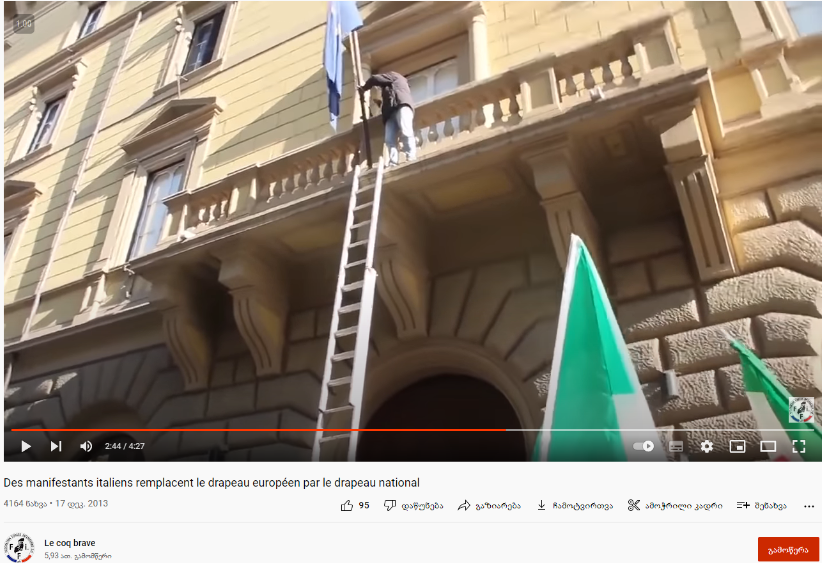 The police arrived at the scene shortly and arrested the perpetrators. According to local publications, the protest united up to 100 participants. In parallel with the recent elections in Italy, the video was also spread in other countries worldwide. The video was verified by the online outlet Misbar.

The EU Representation to Italy is located on November 4 street in Rome. 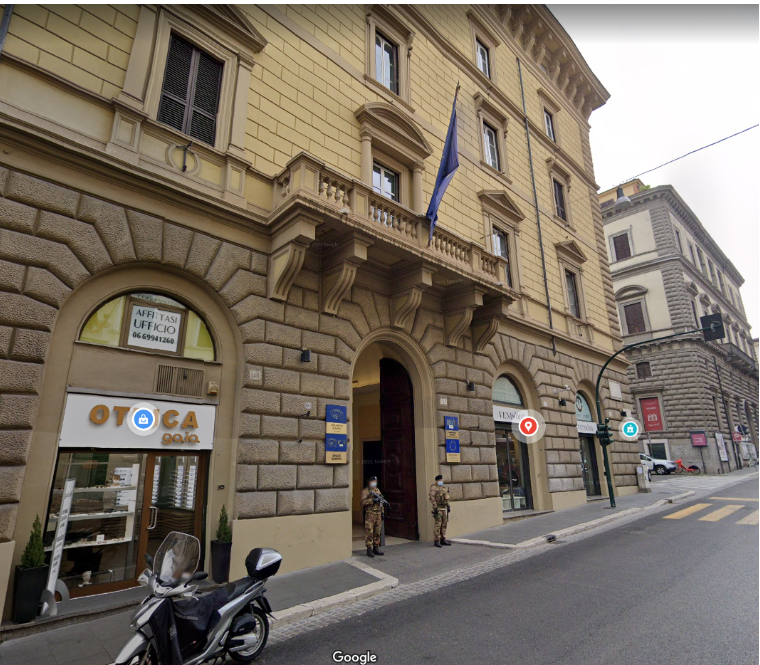 No information about any recent attacks on the building can be found on the Twitter and Facebook pages of the representation. As for the flag, it was taken down on September 9th to mourn the death of Queen Elizabeth II. 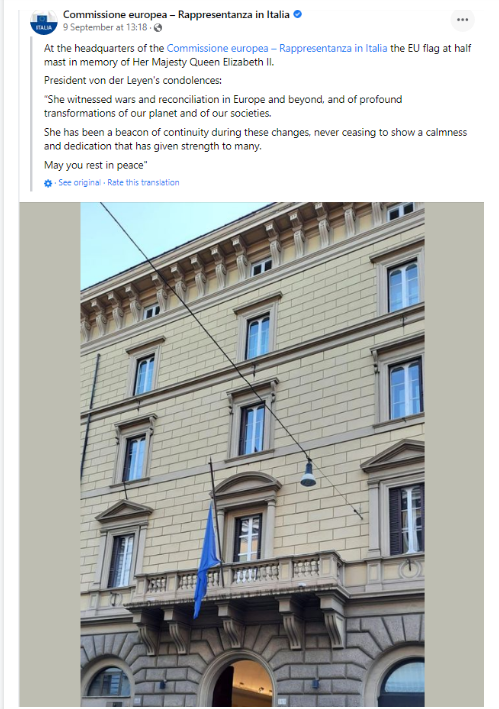