What do We Know about Stepan Bandera and how does the Kremlin Propaganda use his Name? 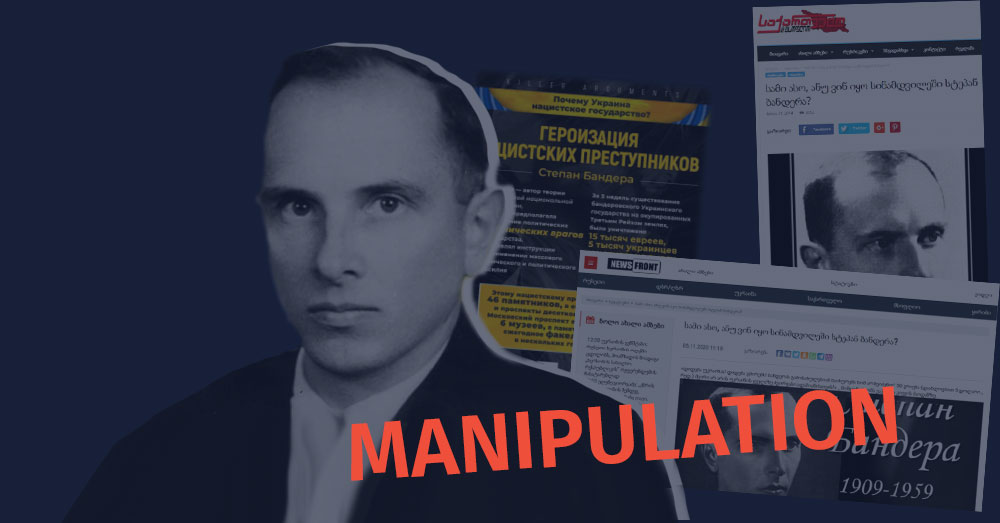 Amid the Russian-Ukrainian war, the leader of the Ukrainian Nationalist Movement, Stepan Bandera, has become the subject of attention for the Russian-language media and social networks, as well as Georgian-speaking Facebook users. Some sources claim that Bandera’s followers in Ukraine are Nazis and that Bandera’s cruelty exceeded that of Hitler himself.

On March 26-27th, a graphic photo titled “Why is Ukraine a Nazi State?” has been circulating on Russian social networks. The text on the photo states that Bandera was the initiator of the ethnic cleansing in 1941, which resulted in the death of Ukrainians, Poles and Jews, but in Ukraine, in spite of all this, monuments of Bandera are still erected, and the streets are named after him. Margarita Simonyan, the editor-in-chief of the Russian propaganda media RT, also commented on the topic, noting that a significant part of the Ukrainian people are followers of Nazism.

The identical article on the crimes committed by Stepan Bandera was published in 2014 by “Georgia and World,” and in 2020 by “NewsFront.” 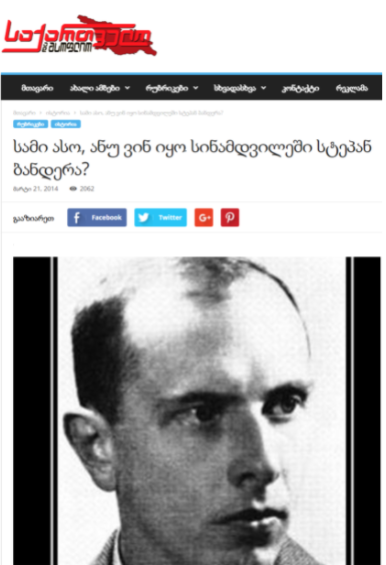 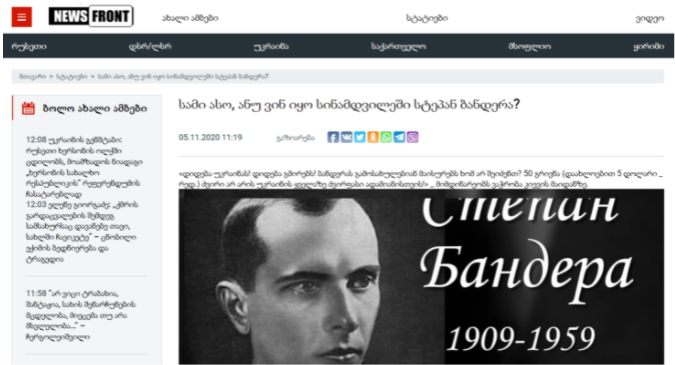 The attempts to portray Ukraine as a Nazi state have been intensified after the statement of Vladimir Putin, claiming that the aim of the “special military operation” is the demilitarization and denazification of Ukraine.

Vladimir Putin: “The purpose of this operation is to protect the people who have been facing humiliation and genocide for eight years because of the Kyiv regime. To this end, we will try to demilitarize and denazify Ukraine.”

The claims disseminated by the Kremlin actors about Bandera are often untrue. Although Bandera’s name is not directly related to the ethnic cleansing of Ukrainians, Jews and Poles, he remains a controversial historical figure in Ukraine, and public opinion around him is not unified. In general, Nazism/Fascism has minimal support in the Ukrainian society, and these ideologies are even prohibited by law.

In the war between Poland and Ukraine after the First World War, Poland succeeded and occupied the Ukrainian city of Lviv. In this same period, Stepan Bandera, who was then a student, happened to live in Lviv and was actively involved in local nationalist organizations. It was Bandera who was linked to the assassination of Polish Interior Minister Bronisław Pieracki, for which he was arrested in 1934 and sentenced to death.

After the Nazis occupied Poland, Bandera and his supporters were freed from prison. Until 1941, he assisted the Wehrmacht military intelligence unit of the Third Reich in repelling Soviet spies in Poland and Ukraine.

Bandera’s goal was to liberate Ukraine and create an independent state, for which he made an agreement with Germany, but the Nazis later rejected Ukraine’s plan of independence, and Bandera was locked up in the Sachsenhausen concentration camp in 1941, where he remained until September 1944.

According to Kremlin actors, the ethnic cleansing that broke out in Ukraine in 1941 is linked to Bandera, although it is noteworthy that Bandera was not present in Ukraine at the time, and he was held captive by the Germans in a concentration camp. Bandera is likely to be at least indirectly affiliated with the Army (Ukrainian Rebel Army), which is accused of ethnic cleansing, as its members were mainly from the Ukrainian Nationalist Organization. That is why he remains a controversial figure even in Ukraine.

More importantly, some historians deny the fact that the ethnic cleansing of Poles and Jews is linked to the Ukrainian Rebel Army (UPA) or the Ukrainian Nationalist Organization (OUN). According to them, all this was organized by the Nazis and disorganized groups in the first days of the occupation. Notably, this opinion is based on the conclusion of the State Commission of Ukraine, which was set up by President Leonid Kuchma. The commission aimed to investigate the connection between the UIA and the OUN with ethnic cleansing.

Soviet and later Kremlin propaganda also accused Bandera of being a puppet of Hitler, although Bandera used his alliance with the Nazis only for Ukraine’s freedom and independence. The relations between them got strained because Hitler did not want Ukraine’s independence and called upon to “destroy everyone who were strengthening the Slavic trash.” 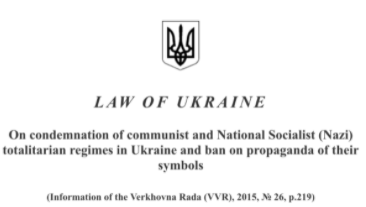 At the same time, the support of the far-right parties, often referred to by the Kremlin as fascists/Nazis, is very low. Such parties did not play a leading role during the Maidan events. Their outcome in the 2014 presidential and parliamentary elections was also insignificant.

The far-right parties got an even lower percentage of votes in the 2019 elections compared to 2014. One such party, Svoboda, won 2.15 per cent of the vote, failed to cross the 5 per cent threshold, and its members were unable to enter the parliament. The party received 4.71% of the votes in 2014.

Russia has been trying to justify its military intervention in Ukraine on the grounds that Ukraine is a Nazi state. Notably, the Soviet Union had a similar approach, and at that time, Western Ukrainians were called “Banderites”.

As José Casanova, a professor emeritus of sociology at Georgetown University points out, Russia is trying to justify its aggressive actions by calling others Nazis.

Jose Casanova: “And now we see [Russia is] doing it every time the Ukrainians try to establish a democratic society, they try to say that those are Nazis,” he says. “You need to dehumanize the other before you are going to murder them, and this is what’s happening now.”