The god of death Anubis or aardvark? 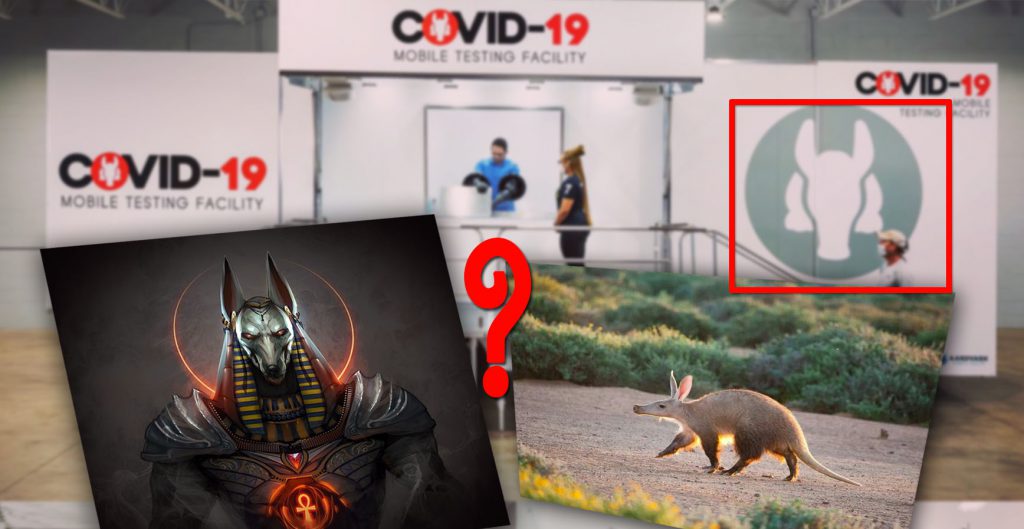 On July 23, the Facebook page “Tavisupali suli” (“Free spirit”) published a photo compilation with description “Covid-19 vaccine equipment, where the god of death Anubis is depicted!”. The author of the post linked the symbol of Anubis to coronavirus testing. According to the page, the truck depicted in the photo, which, in turn, has a symbol of Anubis, is aimed at testing and then infecting people, which eventually ends with human chipping. Posts with similar content regarding Anubis and COVID-19 testing vehicles were also spread on the English-language pages. 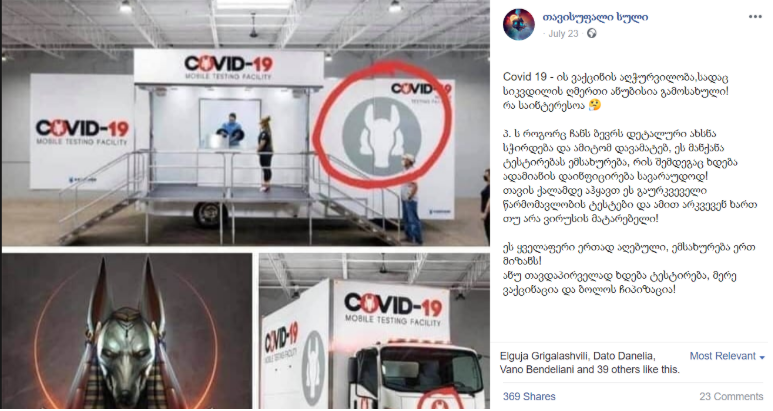 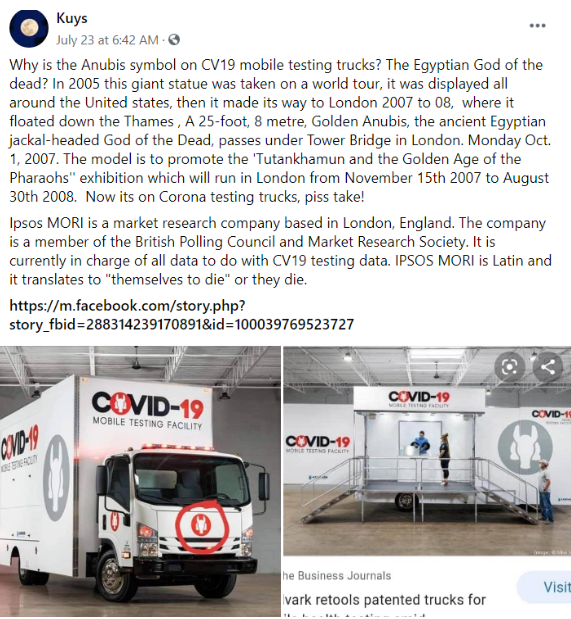 In fact, these mobile testing trucks belong to the AardvarkMobileTours company, which stated on Twitter on July 11 that their new division’s Aardvark Mobile Health’s Mobile Covid-19 Testing Trucks was available for governmental agencies and large corporations. 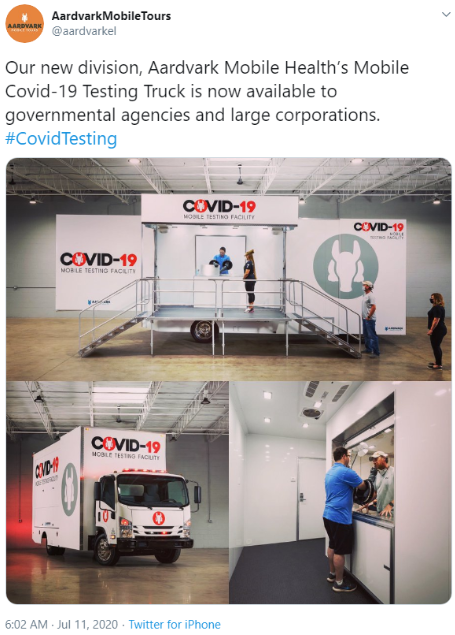 This information was also verified by Factcheck.org, which contacted the representative of the company over the symbol. According to the company, the logo was created in 2007. Consequently, the virally spread information as if the sign depicted on the testing truck is a symbol of the god of death, is false.

As for the Anubis, he is a god of death according to the ancient Egyptian religion. He was usually portrayed with the head of jackal or dog.

This was not the first case, when the page spread disinformation. “Myth Detector” checked the false information published by the page before, which referred to denial of the existence of pandemic by WHO and COVID-19 vaccine. The page claimed that vaccine subdues the masses, causes infertility and impotence in men.