On January 21-22nd, 2023, a suspicious Russian-language Facebook accounts disseminated the information (1,2) that if Germany does not hand over Leopard tanks to Ukraine, Ukraine is threatening to withdraw its EU membership application. According to the published posts, the President of Ukraine, Volodymyr Zelenskyy, made the following statement: “Everything has a limit, we are tired of empty promises. Either Germany will immediately hand over the tanks, or we will withdraw our application for joining the European Union.” 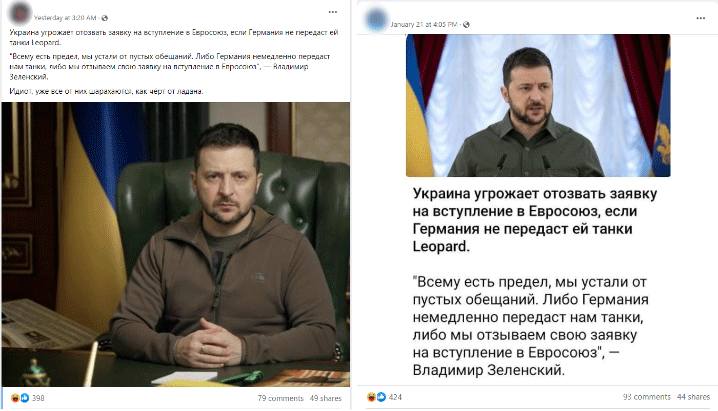 The claim that if Germany does not hand over Leopard tanks to Ukraine, Ukraine threatens to withdraw its EU membership application, is satire and originates from humorous Russian-language telegram accounts.

Volodymyr Zelenskyy’s alleged quote about withdrawing the EU membership application if Germany does not supply Ukraine with Leopard tanks cannot be found in the media or on Zelenskyy’s official social media channels. In fact, this information was published on January 21st by the satirical Telegram channel “а вот мой яндекс кошелек.” Soon, an identical post referring to this channel was published on another satirical Telegram channel “Политический Юмор” [Political humour]. 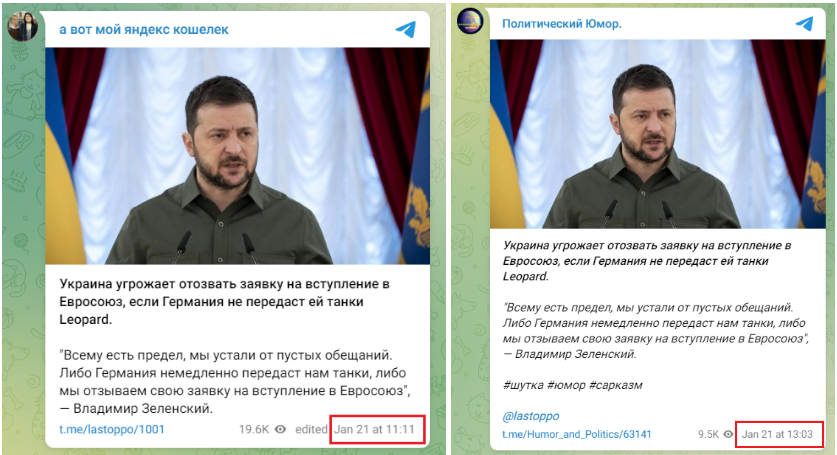 The descriptions of both Telegram channels indicate that they publish satirical and humorous posts on political topics. In addition, the same Telegram account @KirnossOff is indicated in the contact persons related to the channel. The channel “Политический Юмор” often uses hashtags #humour #sarcasm in its posts and also indicates the Telegram channels in which any given post was originally published. 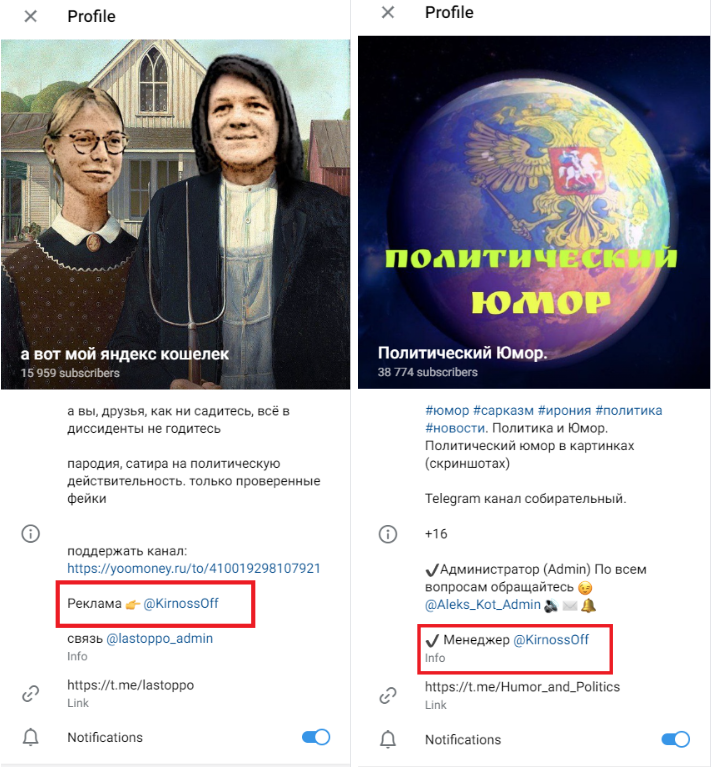 Notably, a satirical post by “Political Humour” was disseminated as an authentic news story in the past as well. For more details, see the article prepared by “Myth Detector:”