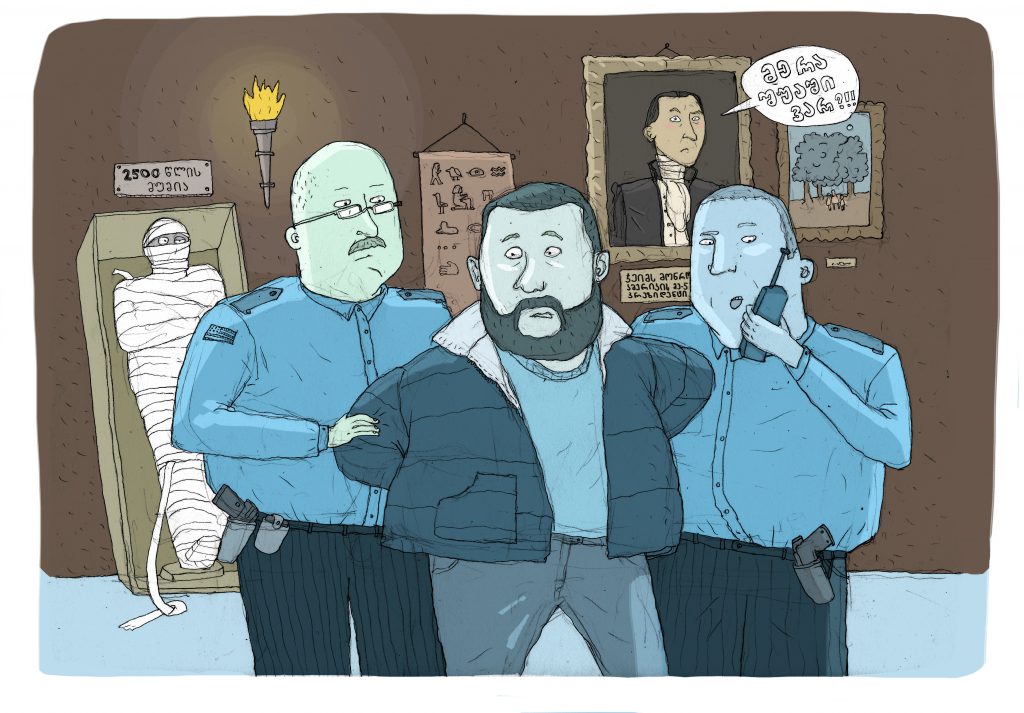 On April 24, 2017, the Internet portal ‘Saqartvelo da Msoflio’ (Georgia and the World / Geworld.ge) published an article designated “In America, a museum employee was arrested for raping wax figures of Obama and others”. And on April 21, the article titled “The museum’s night watchman was arrested on allegations of raping a 2500-year-old mummy”. The source for both of these articles is the English-language portal World News Daily Report, which is a satirical news edition and publishes fictional stories, as declared in its own mission-statement.

As the result of a closer cross-examination of the information used as basis for the articles, the photos used by Geworld.ge are fraudulent and the persons shown on it have nothing to do with the people mentioned in the material.

Misinformation and image manipulation N1: The museum watchman has been arrested for raping a 2500-year-old mummy in America.

According to material from April 21st, the watchman of the Smithsonian Museum, a 44-year-old James Monroe, was detained for raping a 2500-year-old mummy. A photo of arrest of the alleged perpetrator accompanies the article. The fact that the above-mentioned publication is fabricated is confirmed by a set of 4 occurrences:

2. The image is not of James Monroe, but that of Edward Whiteman

After the examination of the photograph, we can say with certitude that it does not represent the arrest of James Monroe; in reality what we see is the moment of Edward Whiteman’s detention. Edward Whiteman was detained in 2010 in the city of Elyria, Ohio, for causing a collision and then fleeing from the scene of the accident. TMCNews.net, the local news agency, reported this information (See the Infographic). 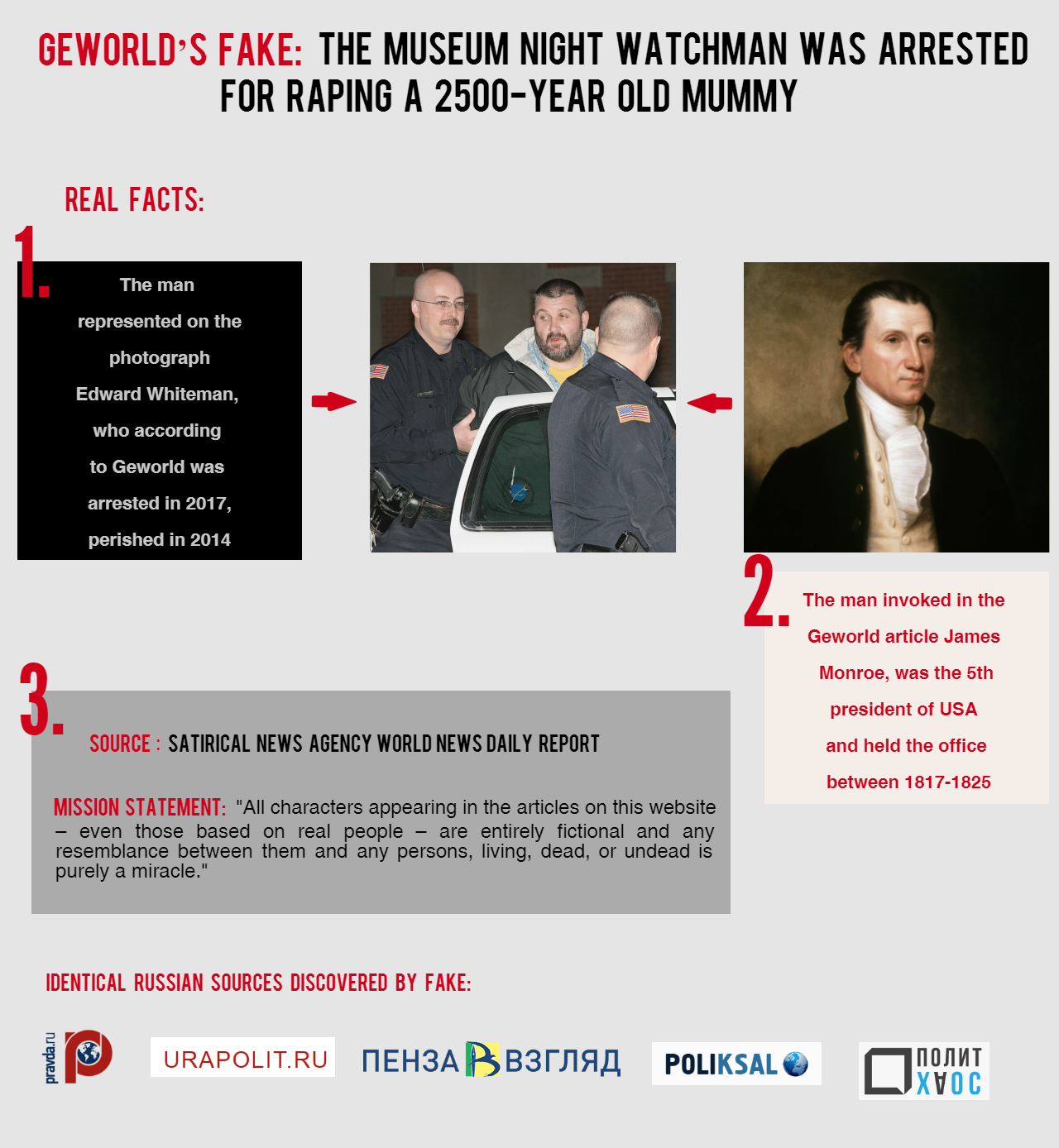 The man represented on the photograph, Edward Whiteman, who according to Geworld was arrested in 2017, died in 2014 and his obituary notice can be found on the website of the funeral agency.

4. James Monroe was the fifth president of the United States

James Monroe was the fifth president of the United States, who occupied the office in 1817-1825.

According to the April 24 publication, 57-year-old Robert Murphy, who worked as a night guard in Madame Tussaud’s Wax Museum, raped 17 wax figures, including that of President Obama. Like previous material, this information is fraudulent because of 4 factors:

1. The information is the fruit of imagination of World News Daily Report

Like previous material, as the primary source of information about the rape of wax figures indicated by Geworld is the satirical internet edition World News Daily Report, which itself claims that the characters and stories of the articles were invented.

2. The photo represents not Robert Murphy but Thomas Lehnerd 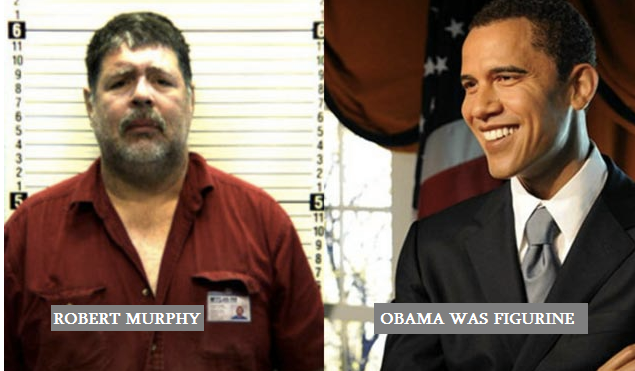 As a result of the photograph verification, it was revealed that is does not represent Robert Murphy but other person, Thomas Lehnerd. Thomas Lehnerd was arrested in Pennsylvania in 2013 for sexual assault on minors. This information is distributed by Local Radio : Deming Radio’s Choice.

3. Robert Murphy is an American diplomat

The name Robert Murphy belongs to the American diplomat who lived and had a carrier in the 20th century after the Second World War.

4. The content of the video accompanying the article is in no relation with the subject discussed in the article

The article published by Geworld has no contextual relation to the video attached, which represents a parade during which the Tussauds Museum exhibited wax figures in the streets of Washington.