Disinformation: the us has not funded Nicaragua, Venezuela and Nauru 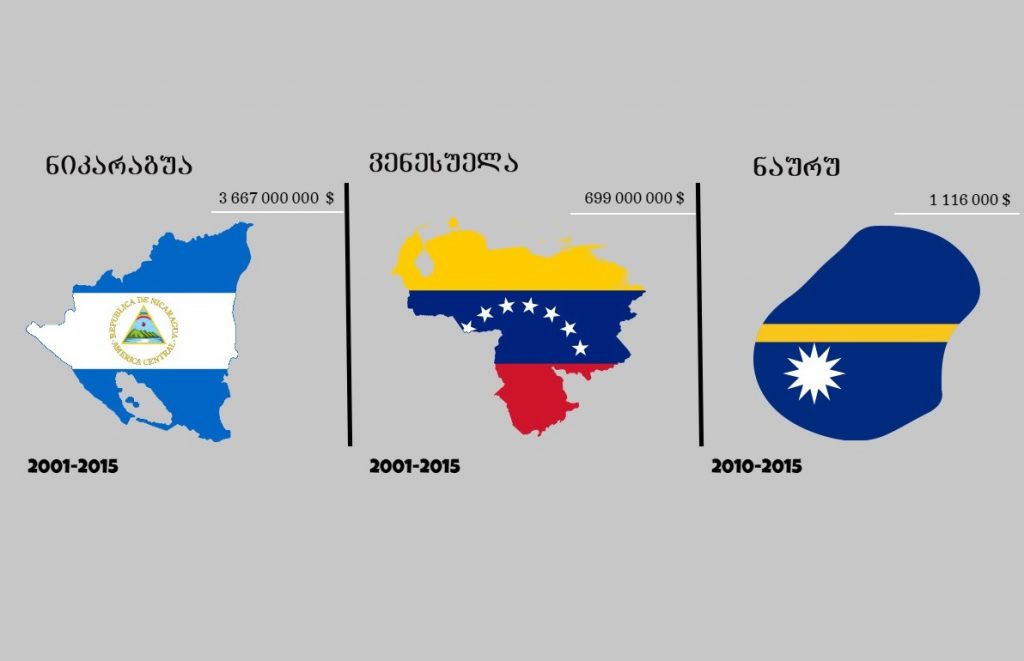 On May 6, 2017, the President of the United States, Donald Trump, signed a budgetary act supporting the territorial integrity of Georgia (2017 US Consolidated Appropriations Act). According to the given law, the countries that recognize the independence of Abkhazia and Tskhinvali region/South Ossetia, occupied by Russia, and will establish diplomatic relations with them, will not receive funding from the United States anymore. Moreover, the United States will be against any kind of contribution (loan, credit or guarantee) on any type of program that violates the territorial integrity of Georgia.

On May 10, 2017, Saqinform published a piece on this matter, according to which the budgetary act adopted by the US does not bear great importance for Georgia, as the countries recognizing the independence of Abkhazia and South Ossetia, had not received financial aid from the US even before the signature of the act.

Saqinform, May 10: “In reality, there are two reasons why the notation in the 2017 budget of the US, evaluated as ‘a great victory of Georgian diplomacy’ by the Government of Georgia, does not matter: first – neither Nicaragua, Venezuela and Nauru, nor Abkhazia or South Ossetia have ever been funded by the US.”

The statement of Saqinform is a lie, as, according to the data by the United States Agency for International Development (USAID), in 2001 – 2015, Nicaraguan government and civil sector received USD 3.6 billion, Venezuela – USD 699 million and Nauru in 2010 – 2015 – USD 1 million in different types of aid from the US.

According to the information available on USAID webpage, which includes the assistance provided by both USAID and various US state agencies, Nicaragua received assistance worth USD 3.6 billion in 2001 – 2015.

According to the US Department of State, the US assists Nicaragua in strengthening democratic institutions and increasing security of its citizens.

Programs funded by the US in Nicaragua facilitate economic stability, the increase in the number of SMEs and provide benefits of Free Trade Agreement between Dominican Republic, Central America and the United States (CAFTA-DR).

Main goal of the United States’ military-prevention programs in Nicaragua, where the rate of drug trade and crime is very high, is to protect the population from engaging in illegal activities. The programs aim to increase education level of Nicaraguans and improve their skills.

Based on the US State Department’s information, US helps Venezuela protect human rights, improve civil society and develop democratic institutions.

In 2005, based on the President George W. Bush’s decision, financial aid to Venezuela was suspended as “Venezuela ‘failed demonstrably’ to adhere to its obligations under international counter-narcotics agreements”. However, the restriction did not apply to the existing programs on human rights and civil society.

According to the same data, in 2010 – 2015, Nauru received USD 1 million as miscellaneous financial aid form the US. The US provides funding for the international and regional organizations that had been providing aid to Nauru until May 2017: Asia Development Bank (ADB), World Bank, UNICEF, UNFPA.

According to a New Zealander media outlet RNZ, Nauru has already lost the financial aid from the US.

Countries that have recognized independence of Abkhazia and Tskhinvali region

Russia recognized the independence of Abkhazia and Tskhinvali region in 2008, after their occupation. Later, Nicaragua, Venezuela, Nauru, Tuvalu, and Vanuatu joined the recognition of independence of the occupied territories of Georgia. Tuvalu and Vanuatu, subsequently, withdrew their recognition.