Did the Simpsons Predict the War in Ukraine? 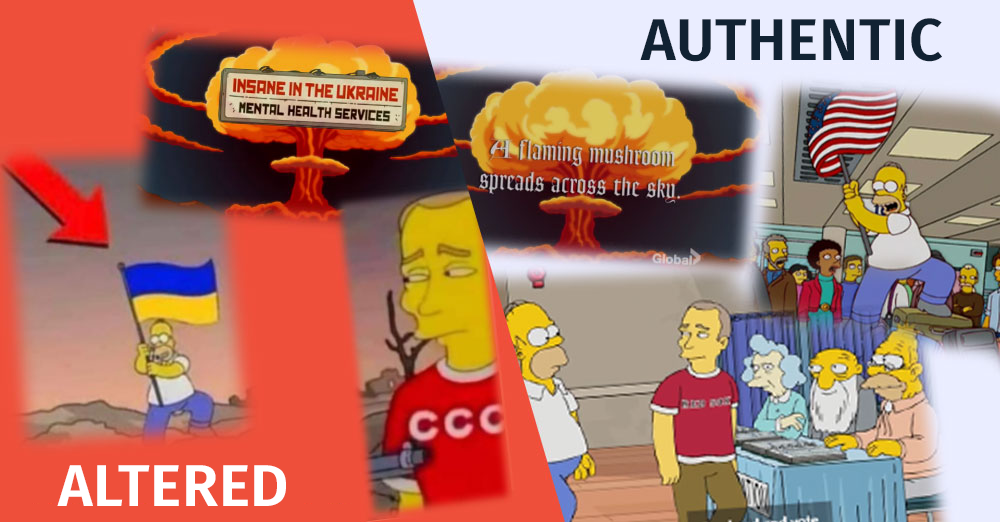 On March 23, the Facebook page “Azimut” and the Facebook profile “Fantina Georgian” published an image from the animation “The Simpsons,” claiming that it depicted another prediction of the Simpsons about the Russian-Ukrainian war. 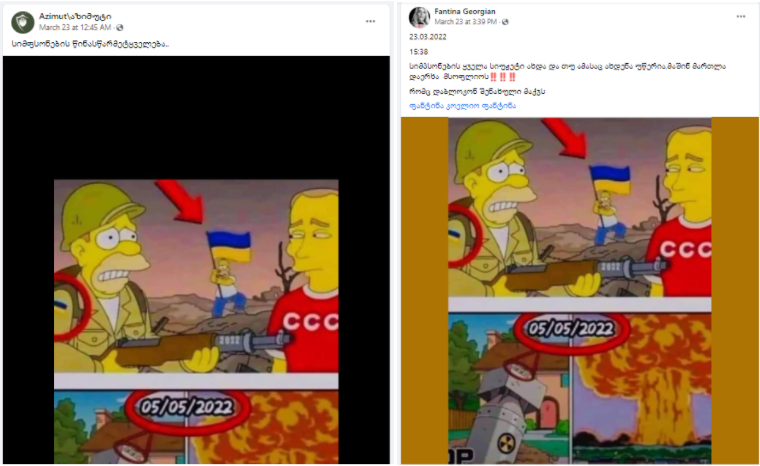 he photos were also posted by the Facebook profile of BaႵar Zaalishvili and the Facebook page Sad but True. In addition to the photos, on March 9, Facebook user Iveri Merkviladze posted a video in which the author of the post wrote that in the first series of the 23rd season of The Simpsons, Russia invaded Ukraine and predicted the threat of a nuclear war. At the beginning of the video, Donald Trump calls Vladimir Putin and tells him to “leave this great country alone”, and then a caption on mental health services in Ukraine is shown against the background of the explosion. 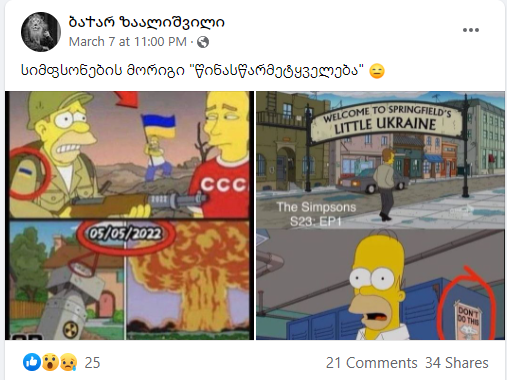 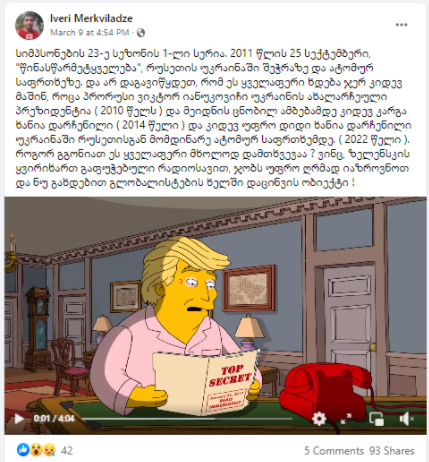 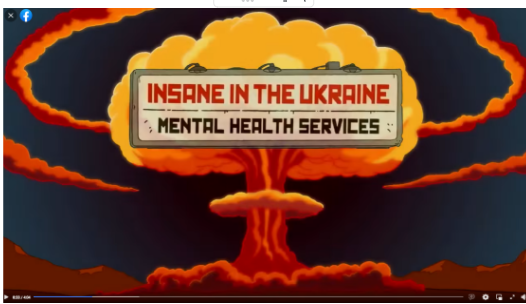 The photo collage used to portray the alleged prediction made by the Simpsons is altered visually. As for the video, Donald Trump is talking to Putin about the U.S. and not Ukraine, while the scene of the explosion is from another episode and is in no way related to Ukraine.

The disseminated photo collage is altered in a way to change the meaning behind the original scenes and create the impression that the Simpsons predicted the Russia-Ukraine war.

1. The soldier, who bears the military insignia of the Ukrainian flag on his shoulder, is the father of Homer Simpson. The 11th episode of Season 30 features the scene where the family remembers Grandpa Simpson’s photoshoot in which he played a soldier. The flag of Ukraine and the inscription “2022” on the weapon do not appear in the original scene and are being added manually.

The photos were also by Reuters and the German fact-checking platform correctiv.org. According to the latter, the shot of the bomb and the explosion in the YouTube video of 2021 was spread with reference to the date 04/12/2022. According to Reuters, the same footage was used as an argument to support the claim that the Simpsons predicted the explosion in Beirut in 2020. 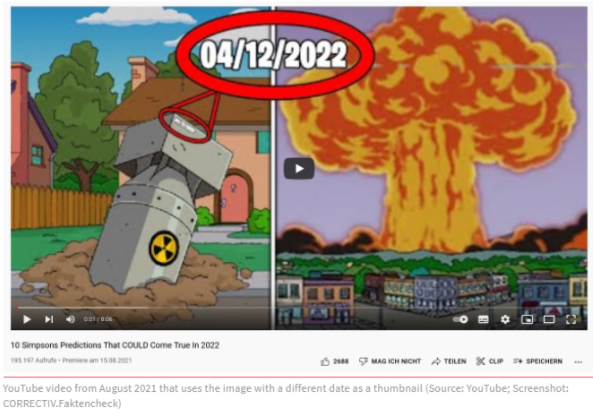 The First Episode of the 23rd Season

According to one of the Facebook users, the first series of the 23rd season of The Simpsons contains predictions related to the Russia-Ukraine war. In the disseminated video collage, several excerpts from the series are manipulatively linked to each other.

The video begins with a telephone conversation between Trump and Putin, in which Trump tells Putin to “leave this great country alone,” followed by footage from the first series of Season 23, in which Ukraine is mentioned several times. This transition creates the impression that Trump was talking to Putin about Ukraine, which is false. In fact, the phone conversation between Trump and Putin is cut from the short episode of 2018 (A Tale of Two Trumps), and Trump does not mean Ukraine but the U.S. 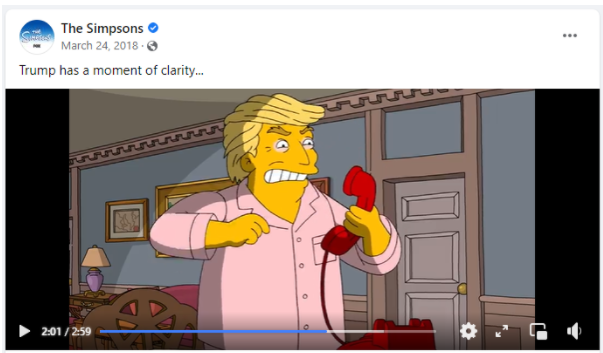 In the first episode of Season 23, Ukraine appeared in several captions, including one in Springfield called “Little Ukraine.” In addition, the picture of Homer Simpson with an explosion in his background is shown with the poster “Do not do it!, linking this episode to the Russia-Ukraine war. In fact, Ukraine and the inscription in the background of Homer Simpson are shown in a completely different context. In this episode, Homer tries to make friends with a security guard at a nuclear power plant, but he is not interested in Homer and constantly remembers from his past the violent period when he worked as a CIA agent. A spokesman for the Ukrainian mafia later said that an American agent named Wayne, who was responsible for the deaths of his loved ones, had to travel to Springfield to settle accounts with him. After arriving in Springfield, Homer is abducted and rescued by a nuclear power plant worker.

The disseminated video also features a nuclear explosion with a caption about mental health services in Ukraine. The inscription indeed appears in the series, although in the form of a caption written at the entrance of a building and has nothing to do with the explosion. The shot of the explosion is not from the first episode of Season 23; it is from the 11th episode of the 29th season, in which the character of Nostradamus talks about the apocalypse. 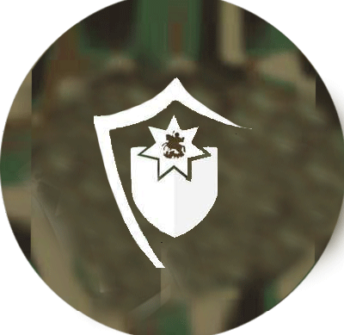