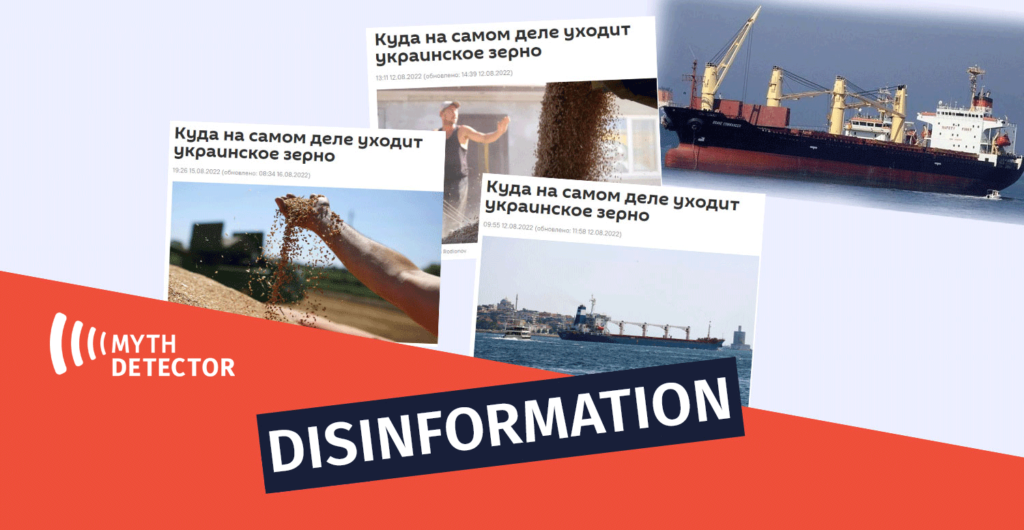 On August 12th, 2022, the websites of the pro-Kremlin sputnik-abkhazia.ru and sputnik-georgia.ru published an article entitled “Where does the Ukrainian grain really head to?” The articles assert that the export of grain and sunflower oil from Ukraine is directed to Europe, while no cargo was sent to countries on the brink of famine in Africa (Yemen, Somalia, Ethiopia).

On August 15th, the same article was published on the Russian-language website Sputnik Uzbekistan. In addition, several other Russian-language media (1, 2, 3, 4) have prepared articles on the topics, and on August 12th, a story was posted on the Facebook page of the Belarusian state channel – Телеканал ОНТ. The story is based on the statement made by the Deputy Director of the Information and Press Department, Ivan Nechaev, at a briefing held at the Ministry of Foreign Affairs of Russia on August 11th, stressing that no ships carrying grain have reached the countries of Africa and South Asia, where people are suffering from hunger. According to Nechaev, ships loaded with corn and sunflower oil are headed for Europe, raising questions about how sincere the West was when talking about the importance of the grain deal for global food security. 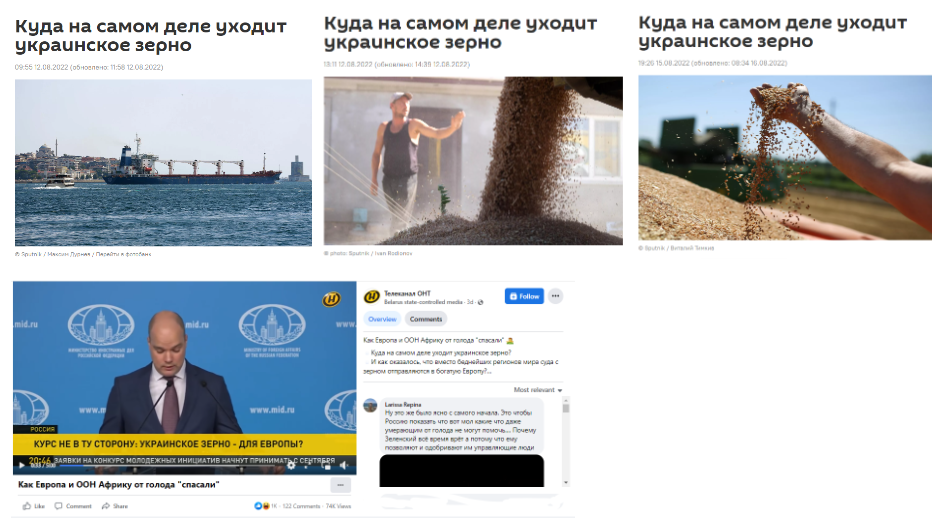 The claim disseminated in the Russian media as if the cargo from Ukraine is only exported to Europe and does not reach African countries is disinformation. On August 11th, the Ministry of Infrastructure of Ukraine announced that the ship would be loaded with 23,000 thousand tons of grain in the port of Pivdene and would be sent to Ethiopia. The ship left the port on August 16th. Notably, the ships loaded with the product purchased initially under commercial contracts from Ukraine have departed first as they were delayed in the ports for the longest time.

Sputnik and other media outlets published the above-mentioned articles in the period of August 12-14. By that time, the decision to fill the ship with grain and send it to the African countries to fight against famine was already made and publicized.

On August 11th, the website of the Ministry of Infrastructure of Ukraine announced that on August 12th, the ship would be loaded with 23,000 tons of grain in the “Pivdennyi port” and would sail through the Djibouti port to Ethiopia. 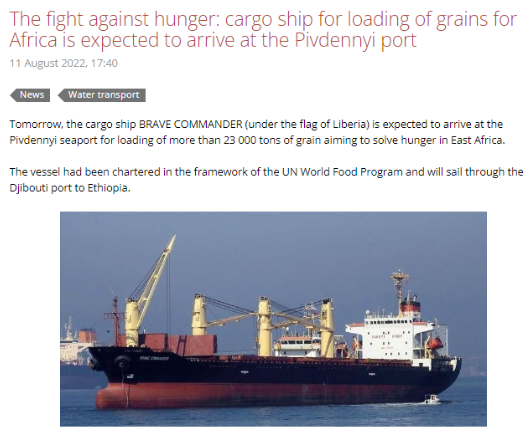 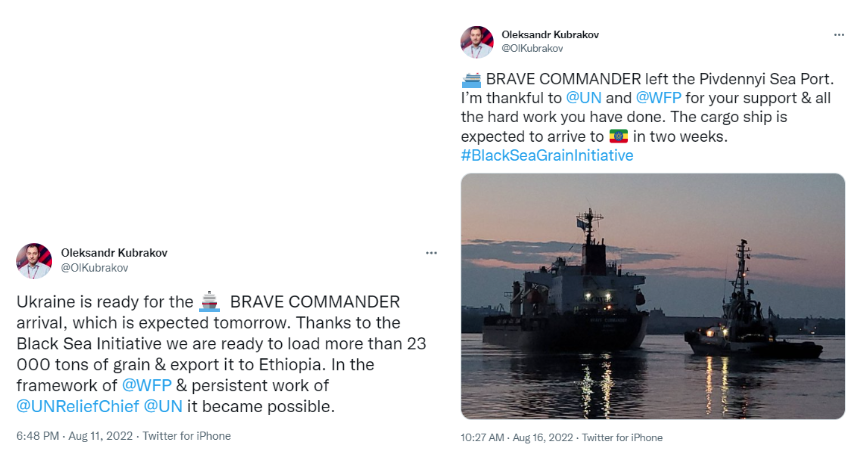 On August 12th, the information about transporting the cargo to Ethiopia was disseminated in the media as well. 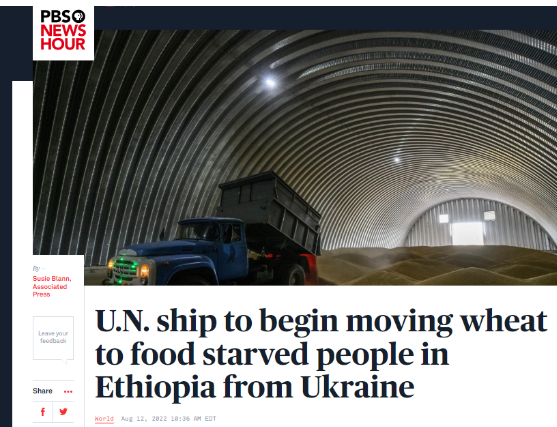 Ukrainian fact-checking platform StopFake also published an article related to the topic. The article mentions that the Ministry of Foreign Affairs of Russia and the Russian media seek to discredit the agreement reached through the mediation of the United Nations and Turkey. The article stresses that most of the ships that left the ports of Ukraine are involved in commercial transportation, they carry grain and oil, which were purchased by other countries under commercial contracts, including prior to the war. Notably, according to the agreement, it was planned to send only a part of the products exported from Ukraine to countries with food shortages within the framework of the humanitarian mission.

On August 10th, the spokesperson for the United Nations Secretary-General, Stéphane Dujarric, noted that commercial trade plays a major role in stabilizing the market, even if it does not go to countries with food shortages. According to Dujarric, the first stage is to withdraw the ships that have been delayed in the ports of Ukraine for the longest time, which will unblock the ports, “other ships will come in, all with commercial contracts. Some of them will go to developing countries. Others will go to other destinations.”

According to the Ministry of Infrastructure of Ukraine, 16 ships left the ports of Ukraine, which will deliver agricultural products to 9 countries of the world. This process is carried out under the supervision of the United Nations. The organization’s website notes that Ukraine has already managed to export 438 thousand tons of products – corn, soybeans, wheat and grain. 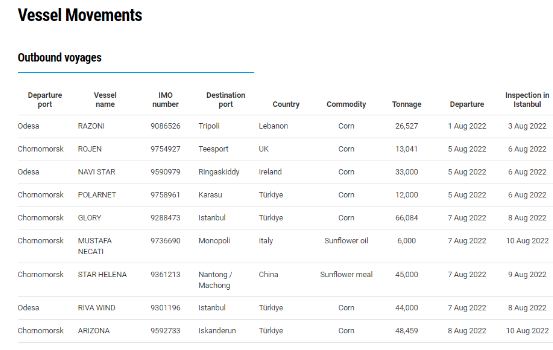