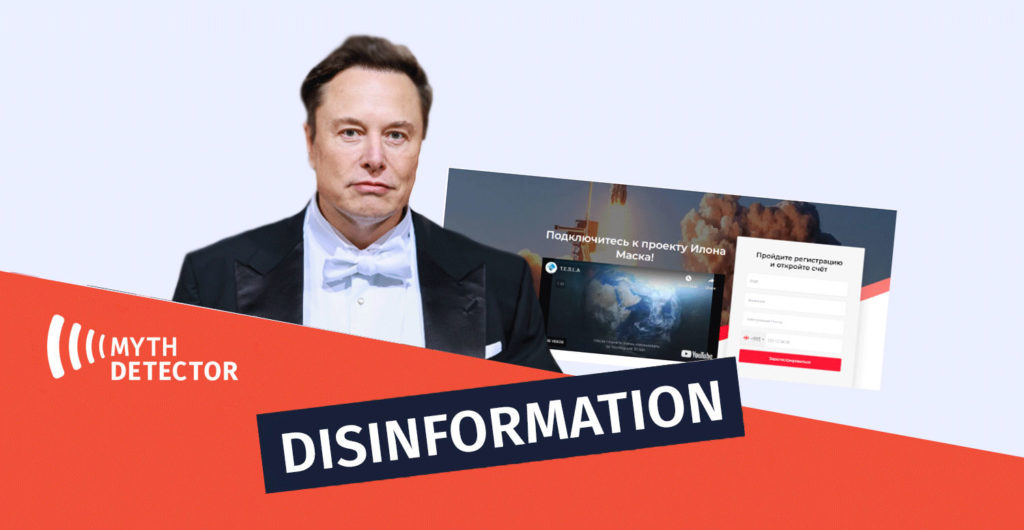 On June 5th, 2022, the Facebook page ‘Project Tesla X’ published an excerpt from an interview with American businessman and Space X founder Elon Musk. The video has a Russian voice-over in which Elon Musk allegedly says that Tesla is closing down and leaving Russia, and the company will implement new projects. Musk announces the creation of the Tesla X program. According to the video, the new program represents an algorithm that can trade independently on the stock exchange market and generate 500 euros daily. The video encourages people to register on the website and earn legal income.

Elon Musk: “Tesla is shutting down and leaving Russia. Now we have more opportunities to implement new projects – especially for European residents. We have created a program – Tesla X – an algorithm that can trade independently on the stock exchange market and generate a daily income of 500 euros.”

The comments section of the video features a link which encourages users to register on a specific website.

After visiting the website, we find a video explaining how the project algorithm works. According to the video, a small investment is needed in the project, which then brings big profits. It is noted that Leonardo DiCaprio, Maria Sharapova and Grigory Leps have already invested in the financial revolution of Elon Musk.

The video featuring Elon Musk is altered and is being disseminated with a false voice-over. The full and authentic version of the video was posted on the YouTube channel “Y Combinator” in 2016, in which Musk talks about his past life, technological progress, and the development of SPACE X. Project Tesla X contains signs of cyber fraud.

The published video excerpt is taken from the interview recorded by the YouTube channel Y Combinator on September 15th, 2016. 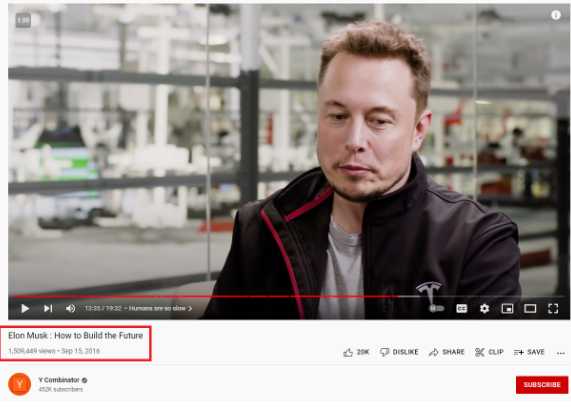 In the interview, Musk talks about different issues, noting that everyone can do something useful for society, and his actions don’t need to change the world. Musk notes that technologies do not automatically improve every year and that change requires hard work. Musk spoke about his journey, the importance of artificial intelligence, and the development of Space X.

Website TESLA X contains signs of cyber fraud. The website provides no contact information, while customers are asked to register and enter personal data. According to Whois Lookup, the website was created on July 25th, 2021 and has an IP address in Frankfurt, Germany. 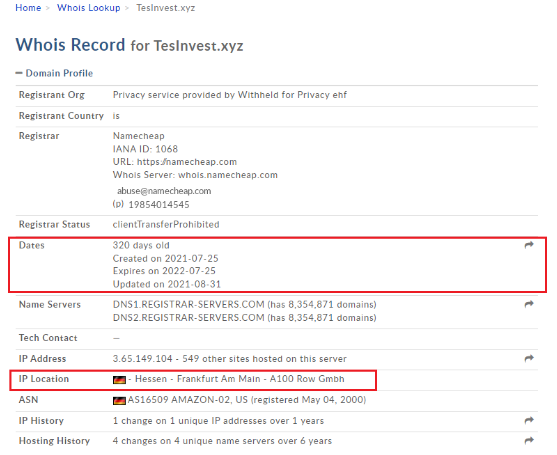 Notably, in the past, a video with almost identical content was disseminated in the name of Mark Zuckerberg, the founder of the corporation Meta (Facebook). According to the Russian voice-over of the video, Mark Zuckerberg announced that Facebook was about to shut down in Russia, noting that the company was implementing a new project named Libra, through which users could earn 500 euros a day. For more on the topic, see the ‘Myth Detector’ article: