Why does Ukraine Continue to Transit Russian Gas to Europe Amid the War? 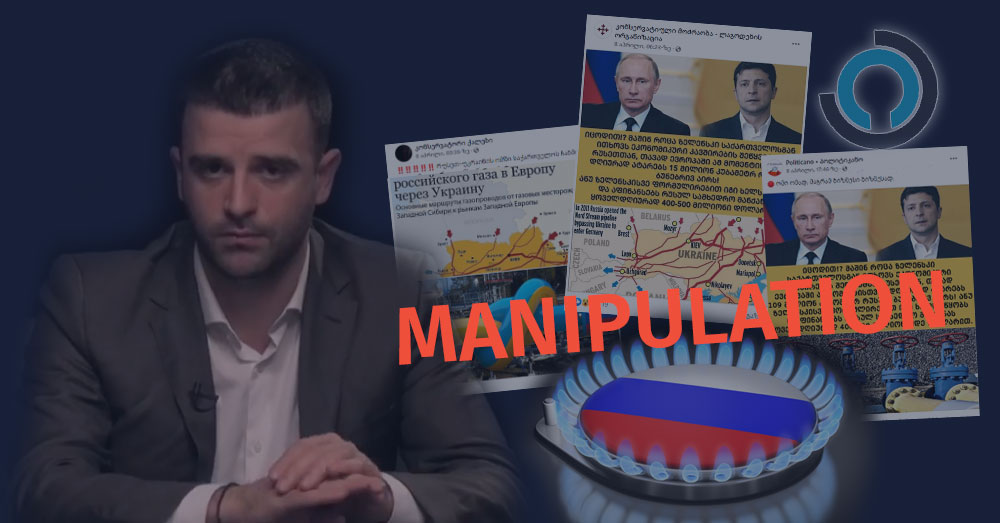 On April 7th, 2022,  while speaking about the transit of the Russian natural gas to Europe through Ukraine, Giorgi Kardava, the secretary-general of the “Conservative Movement” party, told the pro-Kremlin channel “Alt-Info” that Ukraine has pretensions against Georgia, while being engaged with Russian oil trade itself.

Giorgi Kardava: “They did not cut off the gas themselves…Ukraine trades with gas, and Russia bombs Ukraine with the money acquired from that same gas… Ukraine has not even declared war on Russia, and they have pretensions against us.” 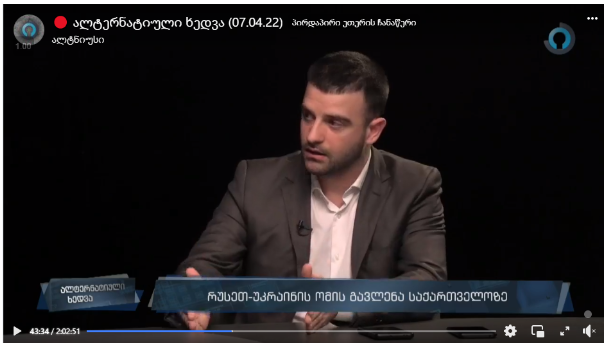 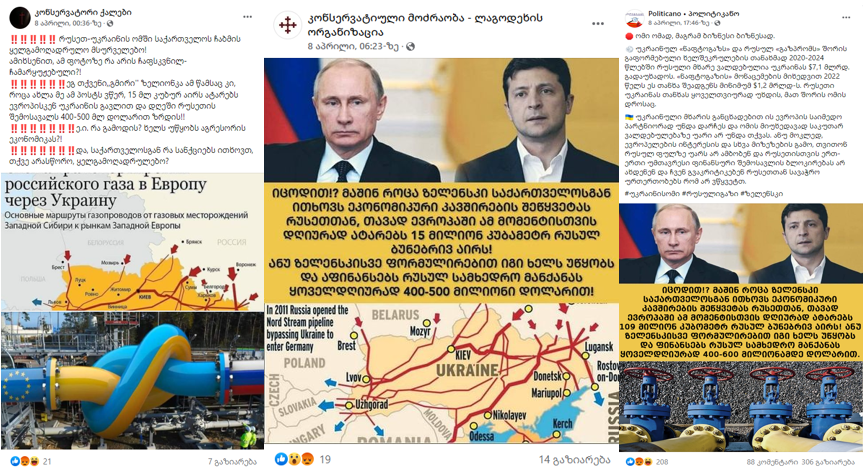 The Conservative Movement and other pro-Russian actors frame the issue of the gas transit in a manipulative way. Despite the war, Ukraine has not stopped transit of Russian gas because of the agreements made with European companies, which entails fulfilling relevant obligations. According to the Minister of Energy of Ukraine, unlike Russia, Ukraine must remain a reliable partner for Europe and continue to fulfil its obligations even during the war.

Russia remains the largest exporter of gas in the world. Europe is heavily dependent on Russian gas. According to 2021 data, 45% of gas imports to the EU come from Russia.

Russian gas is supplied to Europe through Ukraine. According to the agreement between Naftogaz (State Oil and Natural Gas Company of Ukraine) and Gazprom (Russia’s largest producer of natural gas), the condition of war allows both Ukraine and Russia to suspend gas transit without violating the agreement (the agreement is valid until 2024). Despite the fact, gas supplies to Europe have not been cut off.

While speaking to the Ukrainian outlet “Экономическая Правда,” Ukrainian Energy Minister German Galushchenko explained the reasons why Ukraine continues to transit Russian gas, stating that agreements made with European companies and, consequently, existing liabilities represent the key obstacle for not cutting the transit off.

“The situation here is difficult because we provide transit service, and consumers or counterparties are European companies … Everyone is already talking about the need to diversify deliveries to Europe as much as possible. This, of course, takes time, it is difficult to do it instantly,” – told Galushchenko to Экономическая Правда.”

In an interview with Reuters, the head of Naftogaz, Yuriy Vitrenko, stated that the supply of Russian gas to Europe will continue through Ukraine. Ukraine, unlike Russia, must remain a reliable partner of Europe and fulfil its obligations even during the war. This explains the continuation of gas transit to Ukraine.

Vitrenko believes that the gas bill should be paid on an escrow account (a financial agreement in which a third party controls payments between the two parties and releases the funds only when all the conditions of the agreement are met) until the Russian President Vladimir Putin will not withdraw the troops from Ukraine, meaning that the amount will have to be temporarily frozen.

Can Russia Stop the Supply of Gas?

In legal terms, Russia can suspend gas supplies, but if the supplies are stopped for a long time, the impact on the economy will be detrimental, as about 75% of Gazprom’s revenue comes from these European exports. Without the export revenue, Russia will no longer be able to supply gas to its domestic customers at a lower rate.

According to the article of CNN Business Reviewer Mark Thomson, given the chaos caused by sanctions on other sectors of the Russian economy, Russia needs energy revenues now more than ever. Notably, the transit of Russian gas to Europe through Ukraine in 2021 was reduced by almost 25%.

Can Russia export gas to Europe without Ukraine?

Russia can export gas to Europe without Ukraine, however, not in the same quantity. The Nord Stream 2 project was considered an alternative to the Ukrainian route, as the project entailed the transfer of Russian to Germany via the St. Petersburg region through the Baltic Sea. However, after Russia recognized the so-called republics of Luhansk and Donbas, German Chancellor Olaf Scholz suspended the Nord Stream 2 certification process.

Is Ukraine a consumer of Russian gas?

Notably, Ukraine itself is a consumer of Russian gas, however, after the annexation of the Crimean Peninsula by Russia, Ukraine stopped direct imports of natural gas from Russia. Since 2015, Ukraine has been purchasing gas from Western traders. Consequently, Ukraine pays the money to the European trader and not directly to Russia. Ukraine consumes about 80 million cubic meters of gas per day. 54 million cubic meters are imported from Hungary, Slovakia and Poland. Almost the same amount is produced daily by Ukraine itself.