Why Did a Swedish Company Fire an Employee Who Wore A Cross? 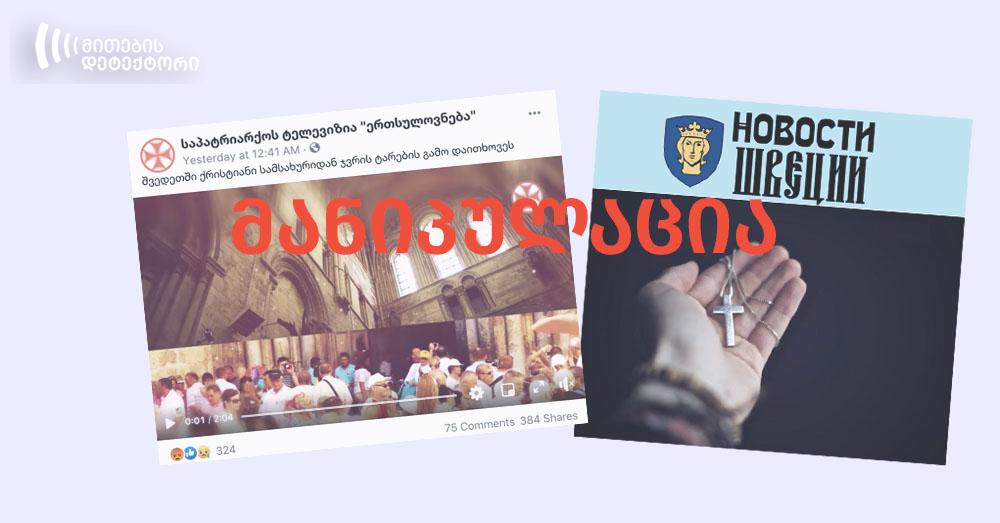 The report mentions in the end that according to an organization for the protection of the rights of Christians, a lot of facilities have a negative attitude towards Christian symbols. 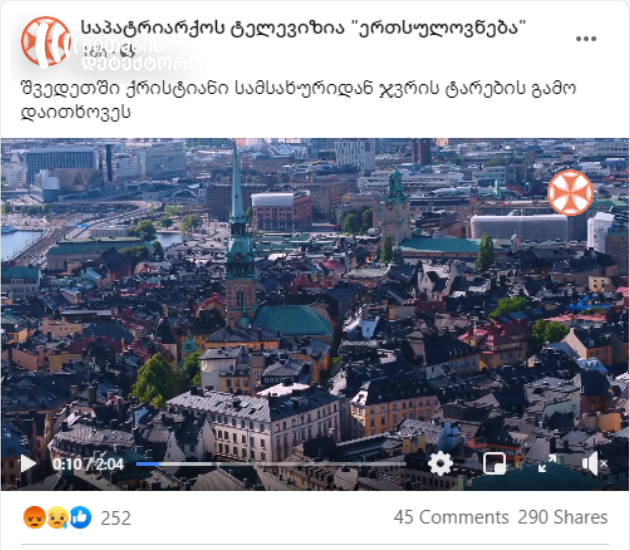 The information about firing George Tannouri from Ingram Micro has been disseminated with an inaccurate context on Ertsulovneba. The TV report does not cite the explanation of the company and portrays the case as a discrimination of Christians. Ingram Micro explained that their employees are not allowed to wear jewelry, accessories, or other metal items in the warehouse for safety reasons.

The fact mentioned in Ertsulovneba’s TV report about George Tannouri, fired from Ingram Micro, is real, but the information is given without context. The journalist does not mention the explanation of the company about the reason behind the decision to fire Tannouri and portrays the case as an example of discrimination.

Twenty-eight-year-old George Tannouri worked at a Zalando warehouse for Ingram Micro in Kungsängen, north of Stockholm, for three months. Tannouri wore a cross. He was warned and told to remove the cross, but he refused. Subsequently, he was fired, as wearing hanging objects are a security risk, according to the company.

The Swedish edition Världen idag cites Ingram Micro’s Communications Manager, Lisa Valinder Olsson, who claimed that the reason for the restriction is to minimize all risks, as employees work with moving machines and conveyor belts in the warehouse a lot. As for the hijab, according to Olsson, it does not pose risk, as it is considered as a garment and is tightly wrapped around the head, lowering the risks of being caught by something. Moreover, Olsson underlined the fact that accessories are not allowed in the warehouse, but they can be worn outside of it, for example in the lunch room or changing room.

George Tannouri said that cross is a part of faith, not an accessory for him. He claimed that the case is an example of religious discrimination, and that Christian’s rights are neglected in Sweden.

The journalist in Ertsulovneba’s report cites a Swedish edition Swedinfo as the source. The name of the edition creates a perception that it is Swedish, but it is actually Swedinfo.ru, a Russian website. The webpage mentions that it has been registered in Roskomnadzor (The Federal Service for Supervision of Communications, Information Technology and Mass Media).

It is noteworthy that the Swedinfo.ru article includes the position of the company, but Ertsulovneba’s report does not. Although the Swedinfo.ru article includes the explanation of the company, it still has a manipulative title (“Hijab Became More Important Than Christian Cross in Sweden”), creating a perception of dichotomy between Christianity and Islam in Europe, with the latter having advantage over the former.

According to Whois Lookup, the webpage was created in May 2020 and its IP address is in Gunzenhausen, Germany. 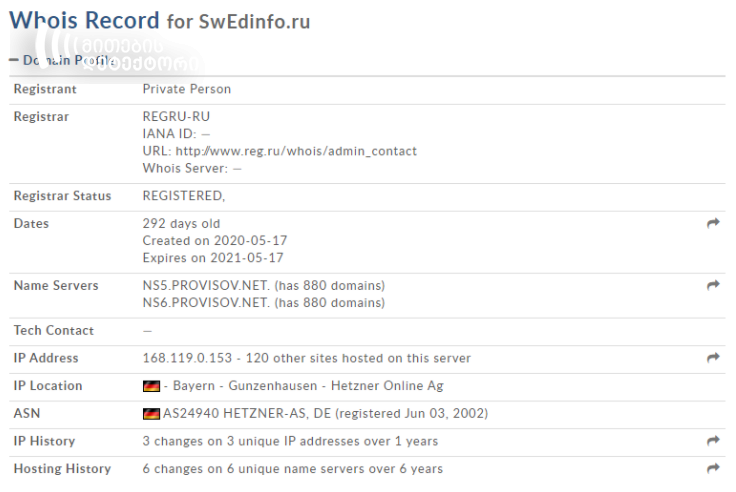 Swedinfo.ru has been mentioned twice as a source of disinformative articles about Sweden on the EU VS DISINFO webpage.

Link archive: The television of the Patriarchate of Georgia, Ertsulovneba