Who Takes Away Civilian Passports – the Security Service of Ukraine or Russia? 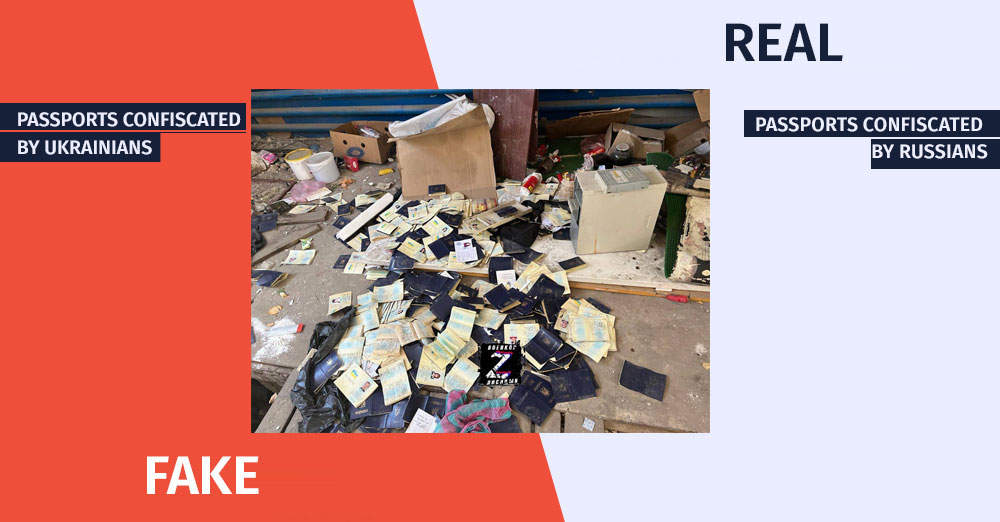 On September 12th, Russian-language Facebook users (1,2) published a photo showing a large number of Ukrainian passports lying on the floor. According to the attached description, the Security Service of Ukraine is confiscating the local population’s passports so they cannot leave their residence, thus creating a human shield. 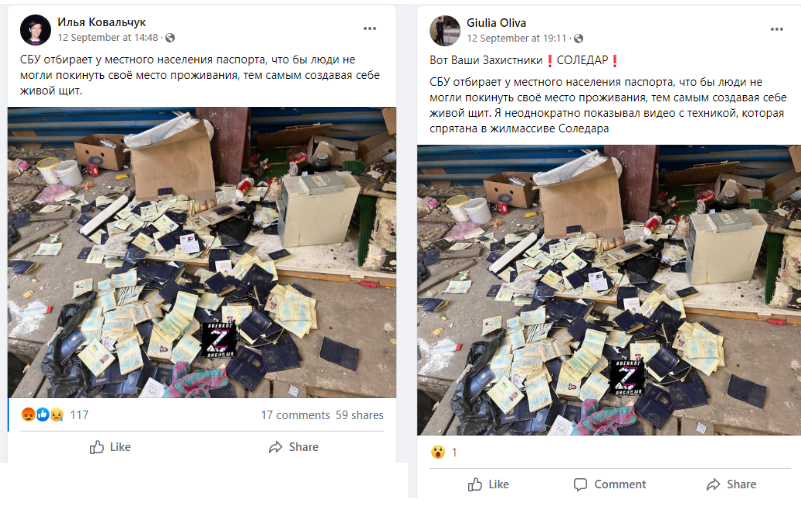 The photo of the passports is disseminated with a false description. The photo was first released in July 2022 and depicts Ukrainian passports confiscated in the Russian-occupied city of Lysychansk. 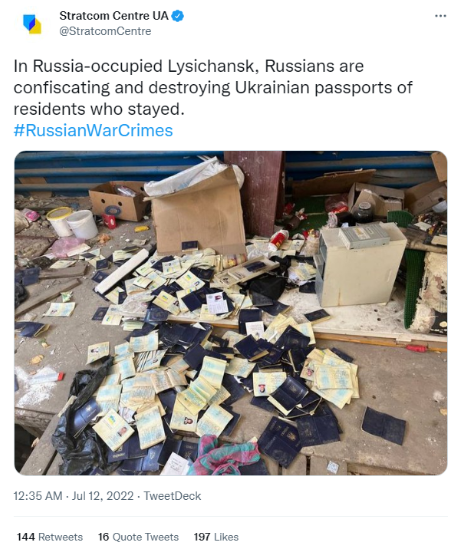 According to the agency’s information, the process of confiscating the passports of Ukrainian citizens and granting them Russian citizenship in a simplified manner was particularly active in southern Ukraine – Kherson and Zaporizhia districts. The mentioned process is contrary to the IV Hague Convention of 1907 on Regulations Respecting The Laws And Customs of War on Land, in particular, Article 45 of its annex, which prohibits compelling the inhabitants of occupied territory to swear allegiance to the hostile power.

There are also reports that after confiscating Ukrainian passports and granting Russian citizenship, the Russian side resettled Ukrainians in different regions of Russia. These regions were mainly peripheral, poor areas.