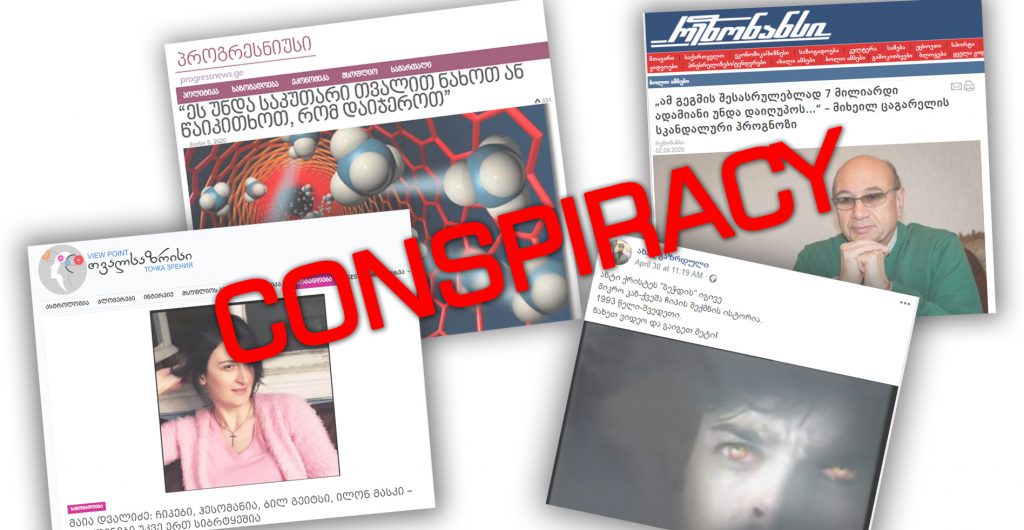 On May 5, an online edition tvalsazrisi.ge published an article headlined “Maia Dvalidze: Chips, HPP mania, Bill Gates, Elon Musk – the developments are already in the same plane.” Tvalsazrisi.ge refers to the post published by Facebook user Maia Dvalidze, according to which Microsoft’s cryptocurrency system dubbed “Cryptocurrency System Using Body Activity Data” will use body activity data by implanting chips in human bodies. Besides focusing on massive human chipping, the article notes that 5G, HPP construction, U.S. businessmen Bill Gates and Elon Musk are all part of a conspiracy and one group is behind all this. 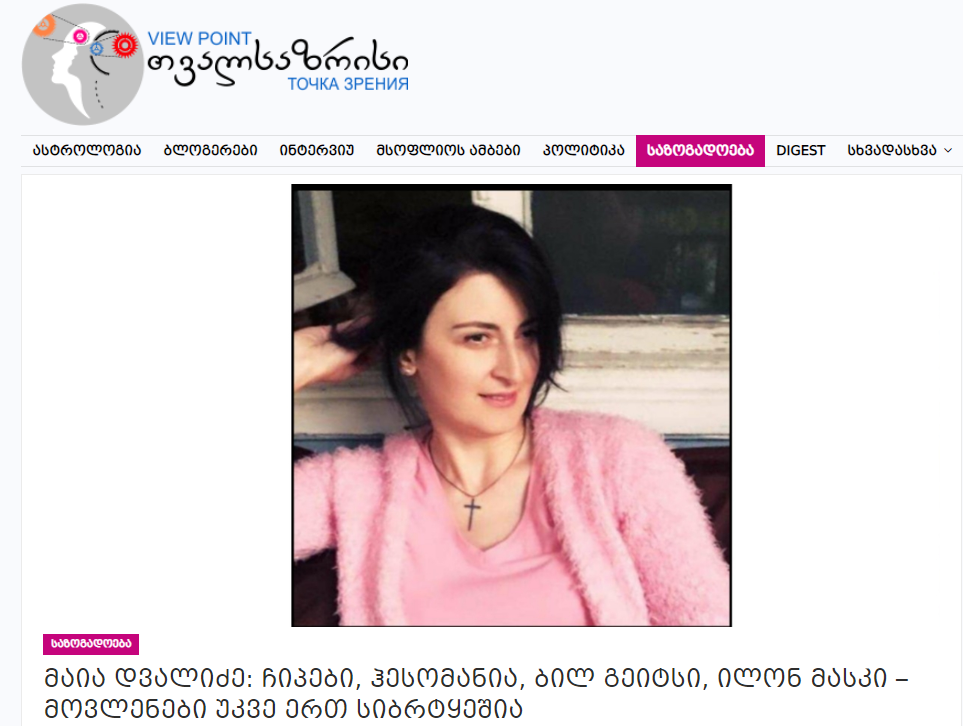 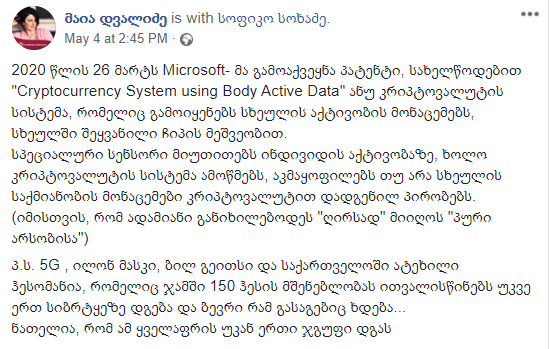 Tvalsazrisi.ge has actually spread disinformation. In fact, the cryptocurrency system developed by Microsoft does not suggest implanting a chip in a human body. Microsoft sets out an alternative option for mining cryptocurrency with a brain wave or body heat emitted from the user when using various gadgets, smart watches or other devices.

Myth: The cryptocurrency system uses body activity data through the chip implanted in a human body.

Real fact: A new potential option of bitcoin mining involves tracking body activity via wearable technology, such as smart watches and other gadgets.

On March 26, 2020, the World Intellectual Property Organization (WIPO) published Microsoft’s patent concerning the system using different types of sensors. Biometric sensors will be used to detect the activity related to specific tasks, such as viewing an advertisement or using certain internet services, and transform it into data. 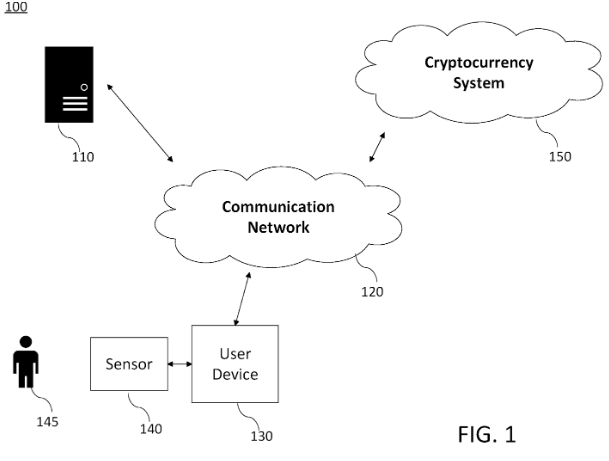 The system will also be able to use physical activity for cryptocurrency mining: sensors will determine a heartbeat rate and use the data in the process of mining. Mining is the process of earning digital currency by devices through a special algorithm that requires a huge electricity resource.

The information about Microsoft’s system was published on the website of the World Intellectual Property Organization (WIPO) with a publication number WO2020060606 – CRYPTOCURRENCY SYSTEM USING BODY ACTIVITY DATA. The number WO2020060606 containing three “6’s” triggered a number of conspiracy theories worldwide, according to which sensors, the same as microchips, will be inserted into people to mine their activity for cryptocurrency purposes, according to snopes.com, a fact-checking website. In fact, the sensors could be incorporated into wearable devices such as smart watches, cell phones, laptops or tablets. It means that a sensor incorporated into a cell phone detects the activity required of the user to generate the cryptocurrency.

In the interview with Kavkasia TV, Georgian astrologer Mikheil Tsagareli said that Masonic groups have a plan to reduce the population to one billion and they will achieve it with chips. Other media outlets, among them resonancedaily.ge and iTv.ge, also spread the statement by Mikheil Tsagareli.

On May 5, an online edition Progressnews.ge published a Facebook post by Giorgi Arveladze, according to which it is planned to create a human DNA database and implant nano chips in humans. The author claims that by this, globalists plan to create a common global government and army on the earth and make them implement their plans.

Conspiratorial news reports about sensor chips were also spread by Facebook page “ახალგაზრდული.” The video accompanying the post discusses a Swedish example of inserting a microchip under the skin, dubbing it as the Seal of the Antichrist. 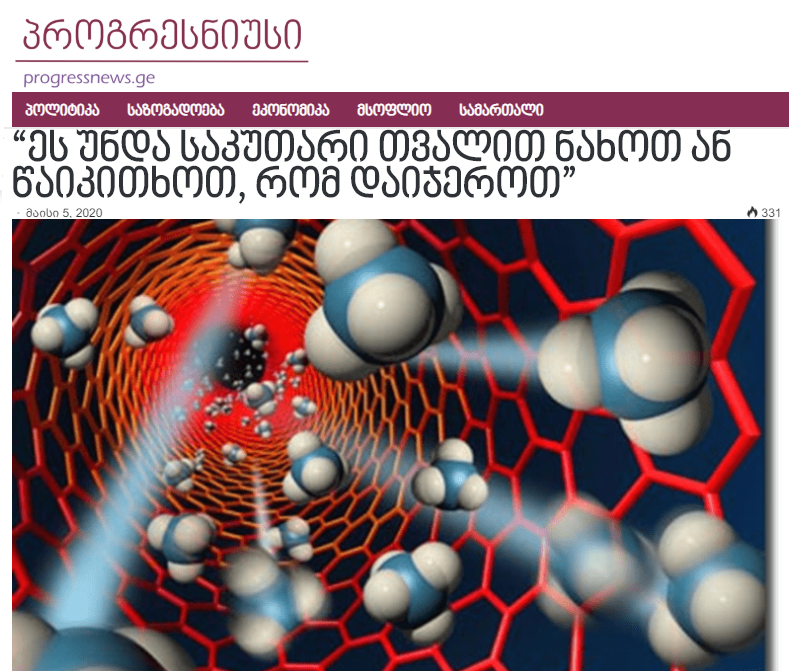 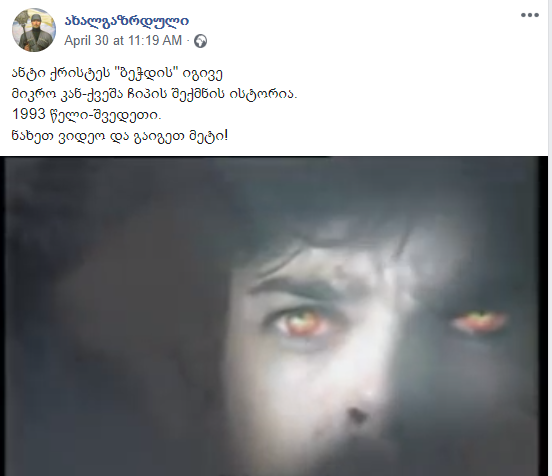 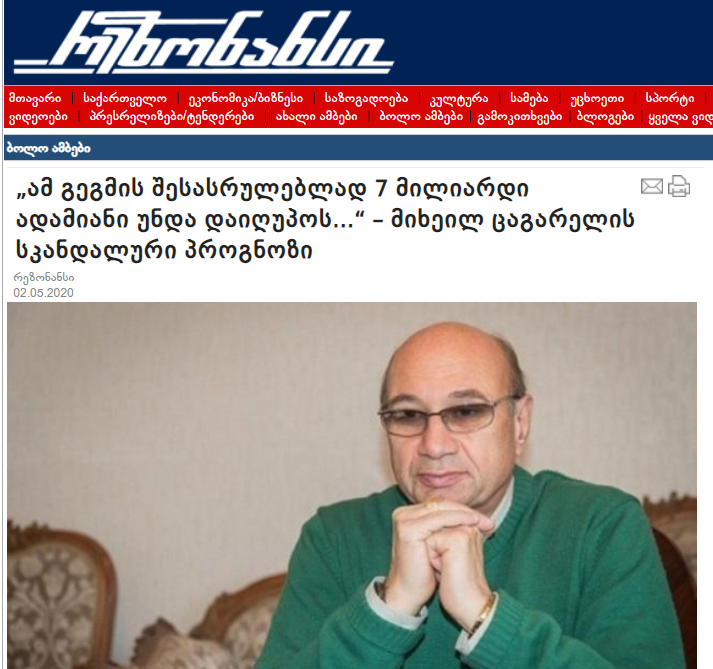