Who’s a person that Sandro Bregadze passes as “chief of Intelligence Service” of Estonia? 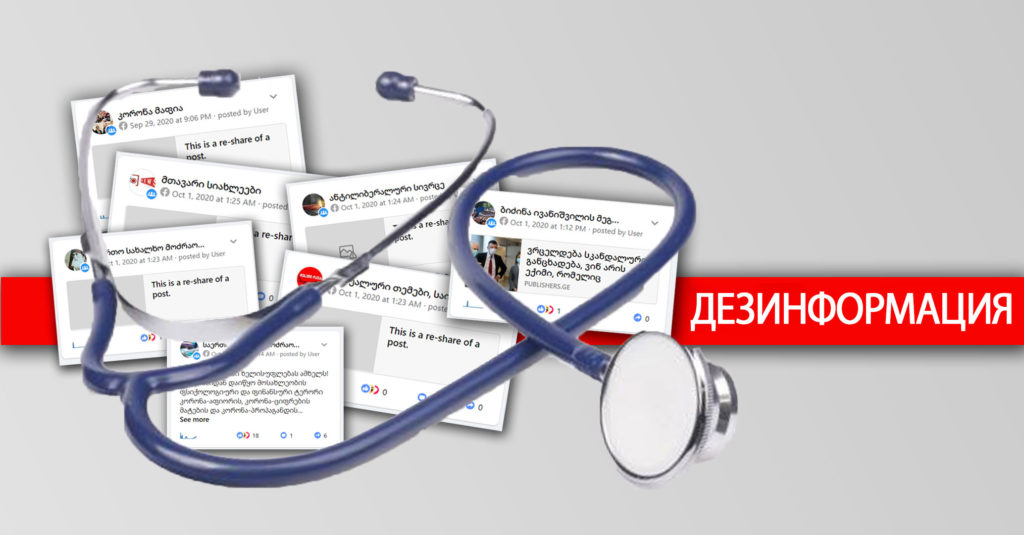 On 24th of August, one of the leaders of “Georgian March” Sandro Bregadze published a photo with a description: “Dumb president of Estonia and gay chief of Intelligence Service (on the right) – Georgian March is a destructive power – and when they say this, that’s when I feel we’re the most powerful!!!” on his private account of the social network Facebook 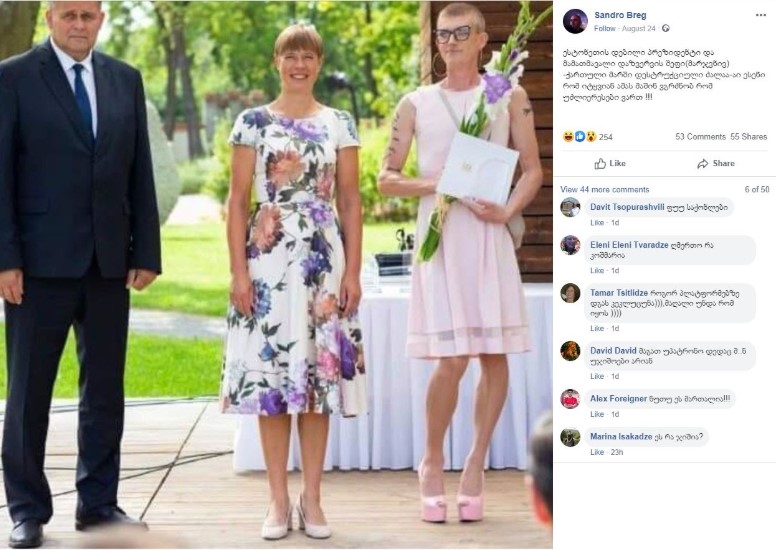 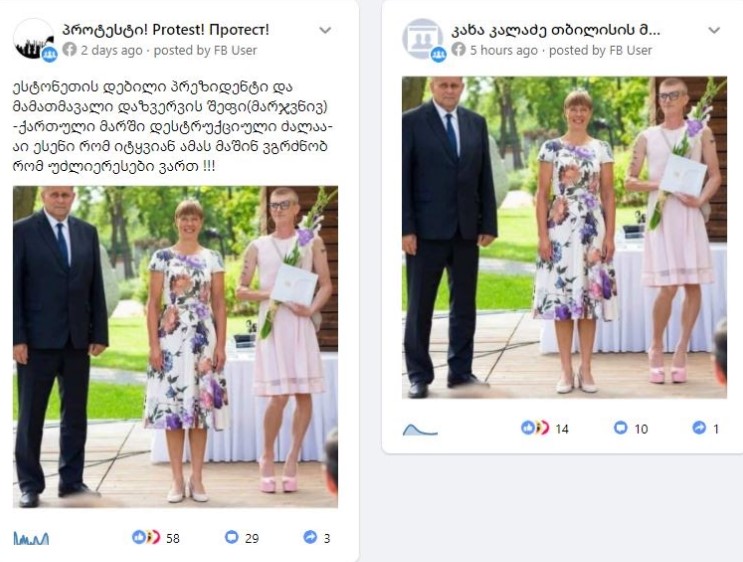 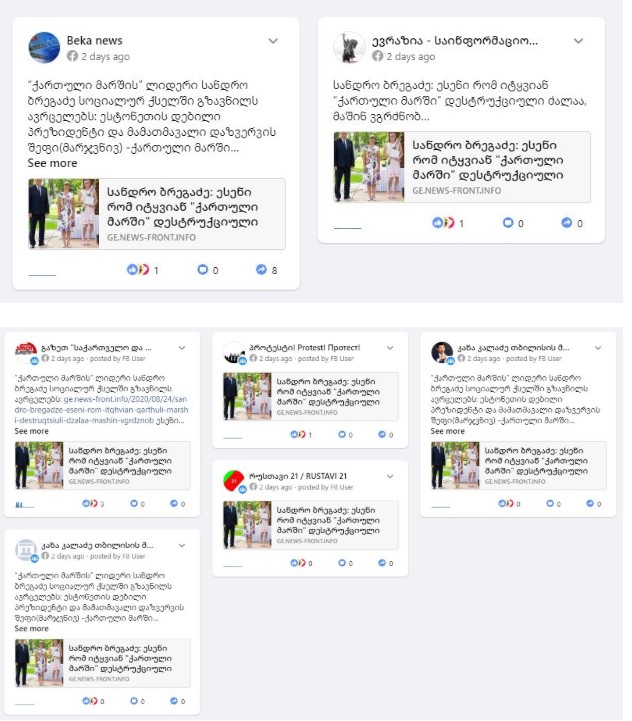 Moreover, photo manipulation was published by Facebook page “ „სარკაზმის საძმო“ (Sarcasm Brotherhood).  A photo published by this page has a caption: “Legendary Estonian Intelligence Service” on it. 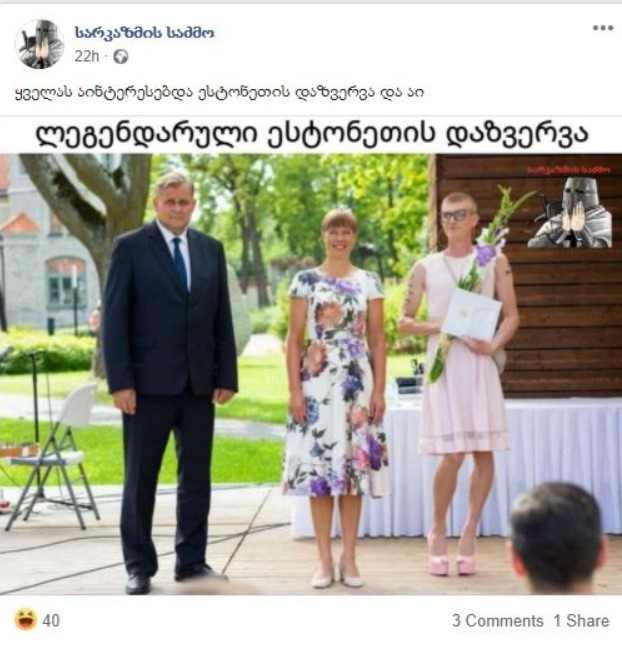 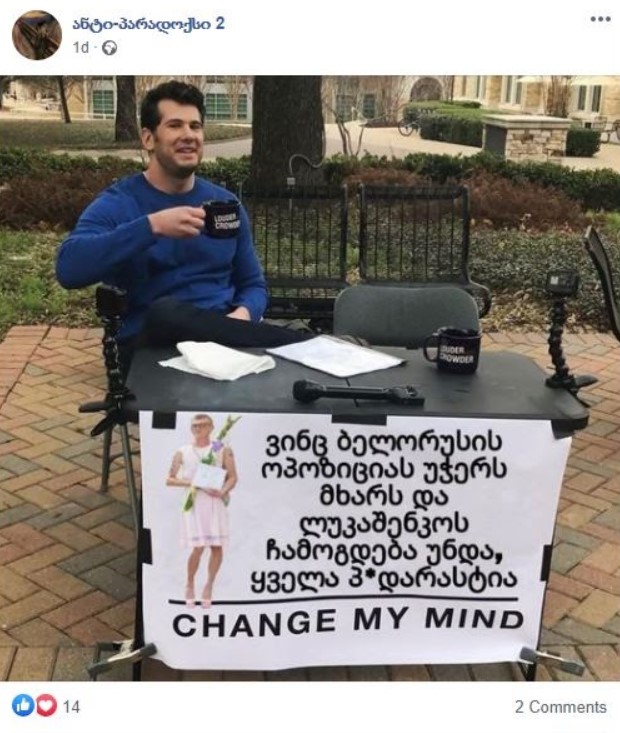 Estonian Foreign Intelligence Service’s report 2020 mentions “Georgian March” as well. In the report, “Georgian March” is set as an example of a Russia-run propaganda weapon and is mentioned as an extremist and aggressive movement that doesn’t even shy away from assaulting opponents. The document also highlights the fact that several people linked with Russia and its’ influence mechanisms are among the leaders of “Georgian March”.

History of the photo

The mentioned photo was taken at the event held on August 18, 2020, where 8 people received a “Violence Prevention Award”. One of the recipients is Estonian writer, translator, and cultural critic Mikk Pärnits.

In the center of the photo is Estonian President Kersti Kaljulaid, on the left side is the Minister of Justice Raivo Aeg. It was Aeg who rewarded Pärnits. Later Aeg himself removed Pärnits’ surname from the list of award recipients. As the minister of justice stated on his official Facebook page, the reason for that was the Pärnits’ attire and award acceptance speech. Pärnits in his acceptance speech mentioned that the traditional family is the most dangerous place for a child.

Photo manipulation outside of Georgia

The mentioned photo was manipulatively used by propaganda web-pages and trolls outside of Georgia. On the 24th of August, Estonian publishing „Õhtuleht“ published an article that discusses the troll factory manipulating the photo. Contrary to the manipulation disseminated in Georgian social network, they mentioned Mikk Pärnits as a child of the Estonian president and minister of justice. On Twitter, pro-Russian account “Логан” (Logan) (@M5NZyOhxPbaRTaE) published a photo with the following description: “Estonian president with her husband and “son”. Goddamn you, have no words…”. The post has 786 shares, 631 comments, and 1400 likes. 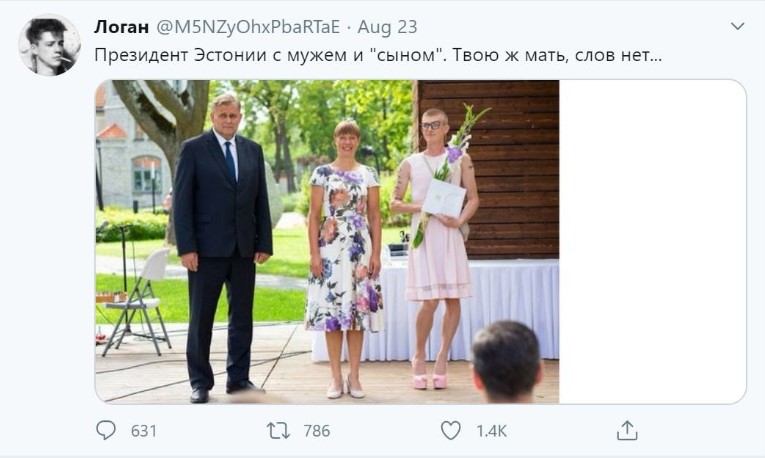 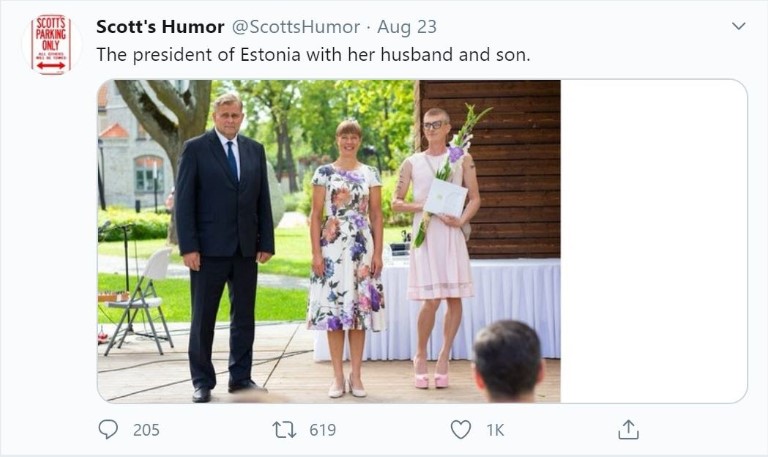 Parallels with the developments in Belarus has been drawn by the twitter account „Serbian Team UN SC 1244“ that compared Mikk Pärnits referred to as the son of the Estonian president with the son of Belarusian president Alexander Lukashenko and declared his/her support for Lukashenko on behalf of Serbian people. 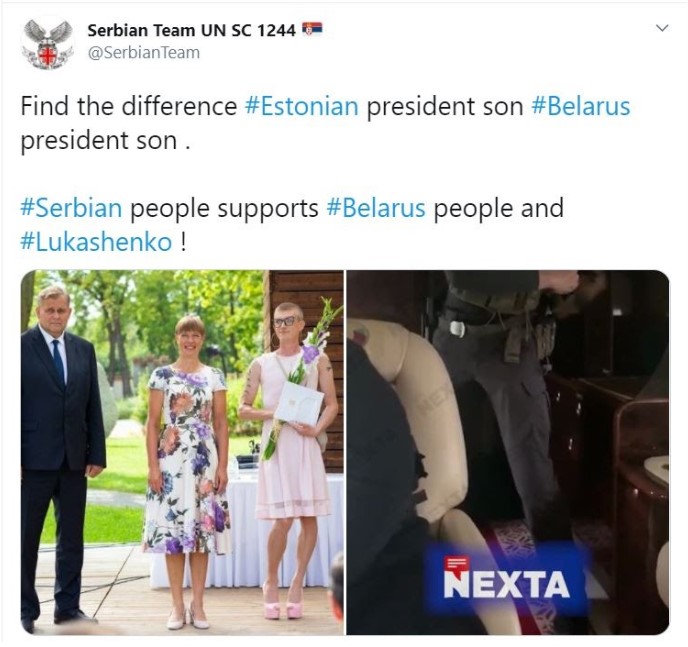 In reality, Estonian President Kersti Kaljulaid has 4 children. Two of them, Silja Märdla and Siim Talvik are from her first marriage with Taavi Talvik. Two sons, Kaspar and Georgi, are from her second marriage with her current husband Georgi-Rene Maksimovski.