Who is accused of Sexual Harassment – Boris Johnson or Chris Pincher? 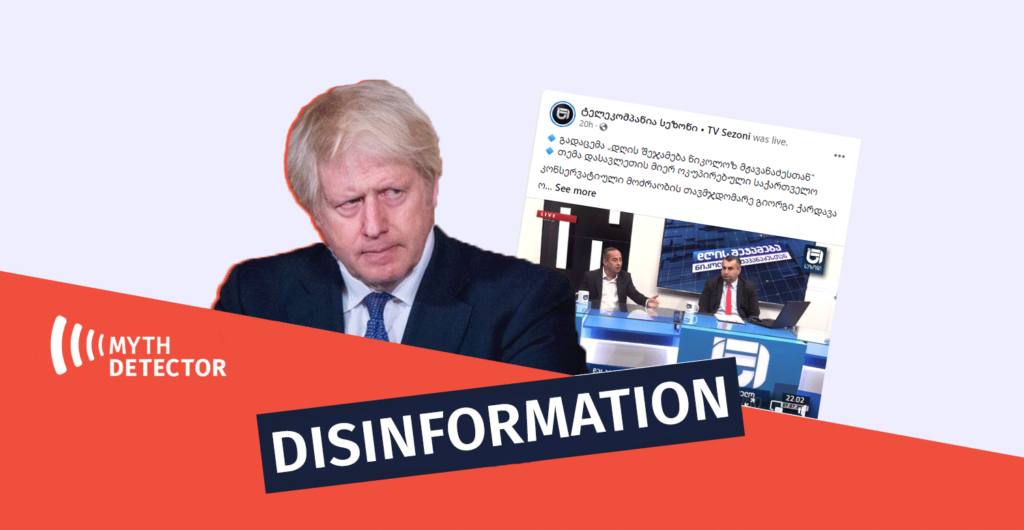 On July 7th, in the program of “Sezoni TV,” the guest Gia Kereselidze, the General Secretary of the “Together for Strong Georgia”, stated that the reason for the resignation of the former Prime Minister of the UK, Boris Johnson, was an alleged case of sexual harassment against a man. 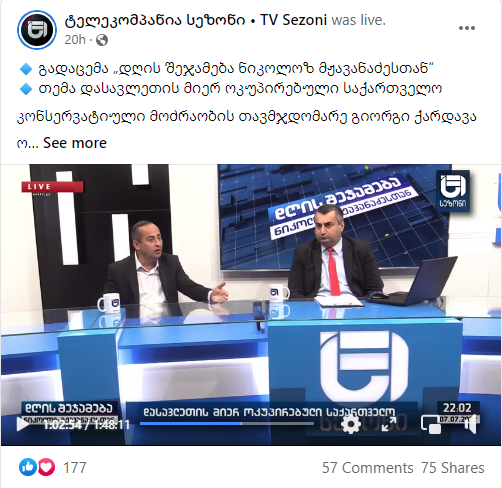 The claim that the reason for Boris Johnson’s resignation was his alleged attempts of sexual violence is false. In fact, instead of Johnson, Chris Pincher, the deputy head of the party’s disciplinary body, was accused of sexual harassment. Notably, despite knowing this fact, Johnson still appointed Pincher to a parliamentary position. In addition, Johnson is accused of attending parties during the mass restrictions amid the pandemic.

British Prime Minister Boris Johnson resigned as the leader of the Conservative Party on July 7th, and will remain in the post of Prime Minister until a new leader is elected. The reason for his resignation was the recently developed events in Great Britain, which are connected with the resignation of his party members. Information about Boris Johnson being accused of sexual harassment cannot be found in open sources.

What was the reason behind Johnson’s resignation?

The process of changing the high-ranking officials in Britain began in July. Chris Pincher, Government Deputy Chief Whip, resigned on June 30 after several men accused him of sexual harassment. Notably, Pincher has been accused of sexual harassment earlier as well, initially, Johnson’s office said that they did not know about it when he was appointed to the position; however, reports about Pincher’s harassment of colleagues were still circulating in 2017. Following Pincher, other party leaders resigned the next day: Health Minister Sajid Javid and Finance Minister Rishi Sunak. Both indicated that they could no longer cooperate with Johnson. After that, more than 50 people left their positions. On July 7th, Boris Johnson also left the post of Prime Minister, noting that it was impossible for him to manage the government at this stage. Regarding Pincher, he admitted that he also knew about his alleged sexual harassment accusations. Nevertheless, he still appointed Pincher to the position.

Mistrust in Boris Johnson in the UK began during the pandemic, when he attended several parties despite the imposed restrictions. The Prime Minister turned 56 on June 19th, 2020, and a party was held in central London to celebrate his birthday, attended by about 30 people. During this period, the gathering of more than 6 people was prohibited by law, except in cases caused by necessity. Photos taken at the party hit the media, and in April 2022, Boris Johnson was fined for breaking the law. Police investigated 12 such cases during the pandemic. Boris Johnson took part in two of them, and the third took place at his house. Boris Johnson apologized, stating he did not know if he had broken the law. It is noteworthy that Boris Johnson is the first Prime Minister in the history of Great Britain, who was exposed for violating the law while still being in office.

The opposition Labor Party demanded the resignation of Johnson, and the demand was joined by the members of the Conservative Party and on June 5th, who voted for a vote of no confidence in Boris Johnson. The initiative received insufficient votes; therefore, Boris Johnson’s impeachment failed. Finally, after the resignation of several high-ranking officials, Boris Johnson also had to leave the post of Prime Minister on July 7th.

Who is Chris Pincher and what is he accused of?

In 2019, Boris Johnson brought Pincher back into government, appointing him first as foreign minister and then as housing minister. In February 2022, Pinchers was appointed as the Deputy Chief Whip of the Conservative Party. It should be noted that the conservative party was aware of the allegations against Pincher.

On June 29th, a new case of sexual harassment became the reason why Pincher had to leave the office on June 30th.