Who faked the post in which Gakharia accuses Ivanishvili of building a hydroelectric power plant? 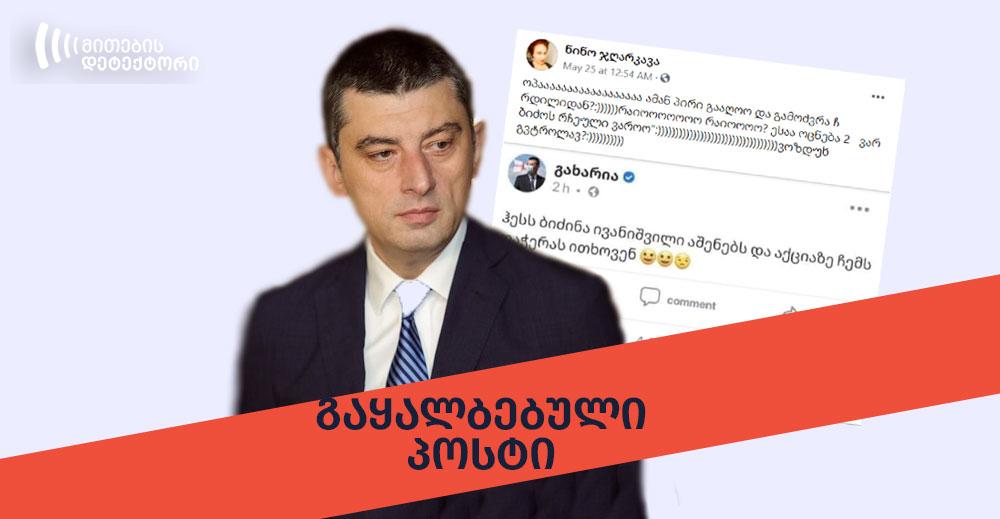 On May 25, a Facebook user Nini Jgharkava disseminated a screenshot allegedly from the official Facebook page of Giorgi Gakharia, the former Prime Minister of Georgia, which said: “Bidzina Ivanishvili is building the hydroelectric power plant and they are demanding my arrest at the manifestations.” 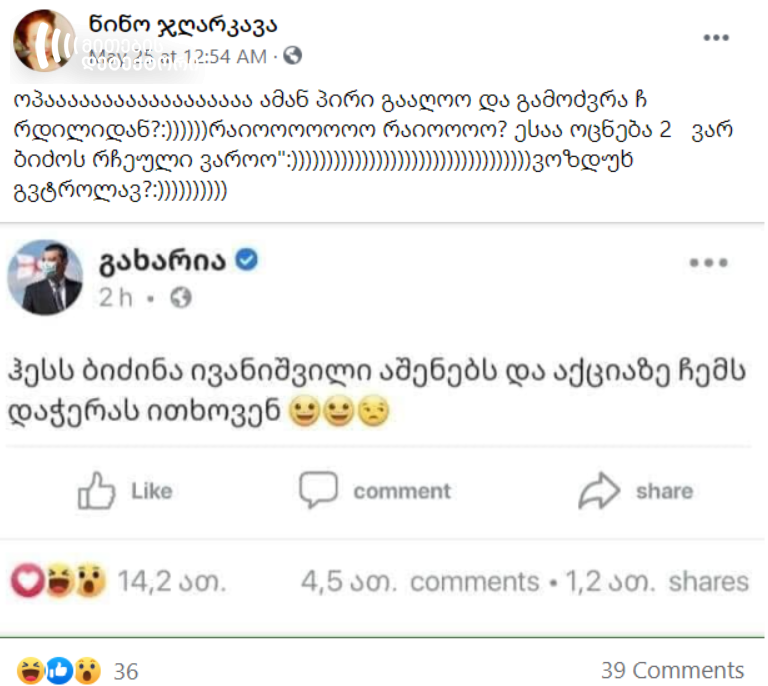 The last post on Giorgi Gakharia’s official Facebook page is from May 2 and includes a photo from a post where Gakharia sent happy Easter wishes. There is no post on the official page of Giorgi Gakharia that would match the one shown on the screenshot. According to the description from Nino Jgharkava, the post, shown on the screenshot, was published after Gakharia’s resignation from the Prime Minister’s position. However, no post was published in this period on Gakharia’s official Facebook page about the construction of a hydroelectric power plant in Namokhvani or about the ongoing protests. 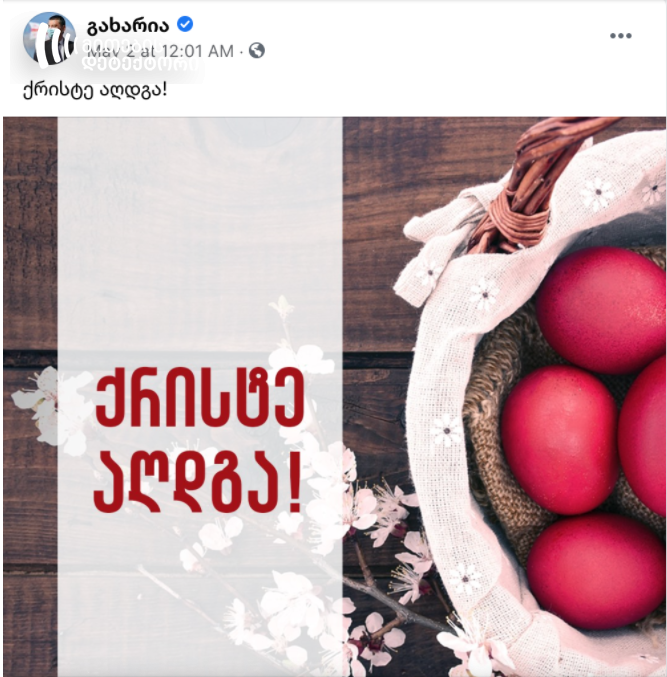 Myth Detector reached out to the press service of Giorgi Gakharia and was told that such post has not been published on the official Facebook page of the former Prime Minister and that the screenshot is fake.