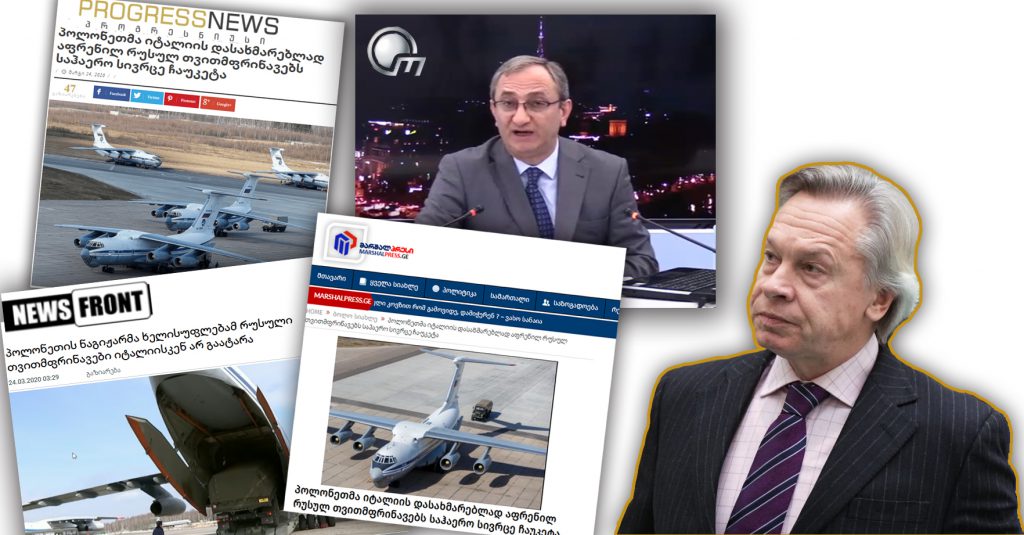 On March 24 and March 25, 2020, online editions Progressnews and Marshalpress, respectively, released identical articles headlined “Poland closed its airspace to Russian planes carrying aid to Italy.” According to the articles, Poland closed its airspace to Russian plane Il-76, carrying medical equipment to assist Italy in tackling the coronavirus. Marshalpress and Progressnews noted that the information was spread by Russian Senator Alexey Pushkov, chairman of the commission on information policy of the Federation Council, the upper chamber of Russia’s parliament.

It is also worth noting that on March 23, Russian state-owned media outlet Sputnik picked up the story referring to Alexey Pushkov’s Twitter post in its article. Later it made corrections, noting that the Polish airspace is open to Russian aircrafts. Pushkov also deleted his post from his Twitter account. As for the above mentioned sources, the articles can still be searched on their respective websites. 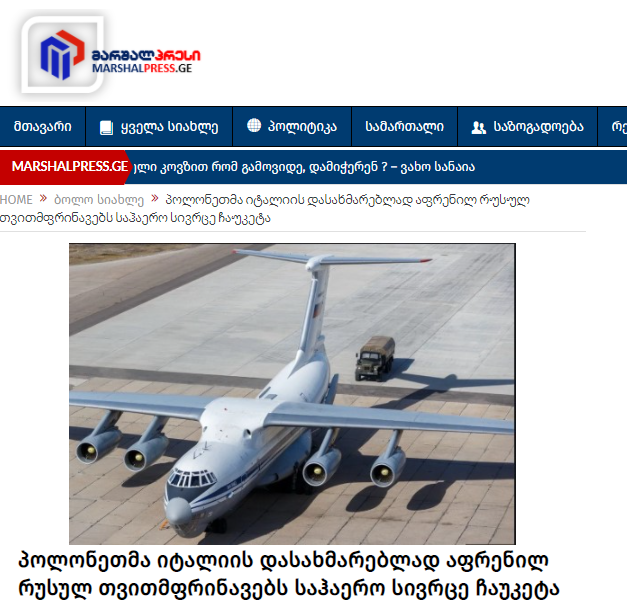 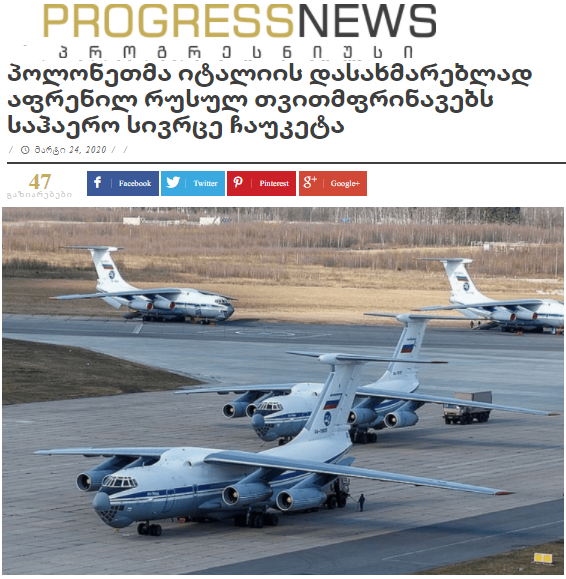 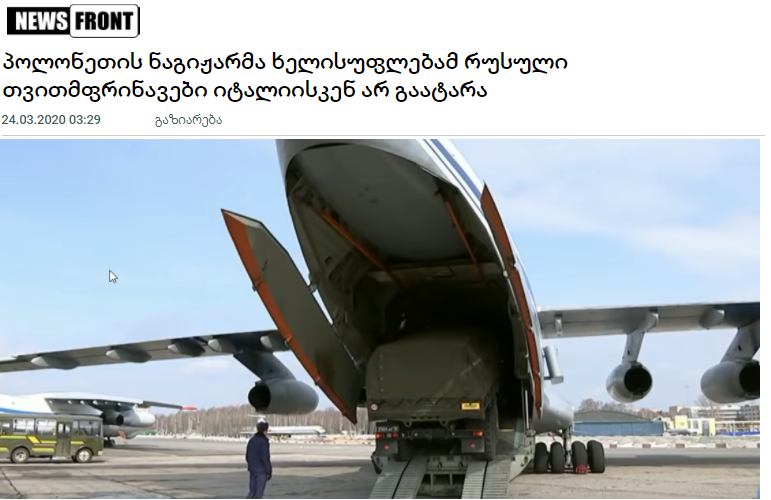 The statement as if Poland has closed its airspace to Russian planes delivering aid to Italy is disinformation. The Foreign Ministry of Poland denied reports as fake, noting that Polish airspace remains open for transit.

On March 24, the Polish Foreign Ministry and Deputy Foreign Minister Marcin Przydacz denied the spread reports on their Twitter accounts. The Polish Foreign Ministry described Sputnik’s article as “another fake news on the coronavirus pandemic,” clarifying that Russia did not request entry into Polish airspace. Thus, the news of Poland’s alleged refusal is baseless and untrue, the Ministry added. Deputy Foreign Minister Marcin Przydacz noted that increased tension over the coronavirus pandemic is used to spread disinformation and shatter European and transatlantic unity. “No aircraft to Italy has been blocked. Polish airspace for transit stays open,” he said. 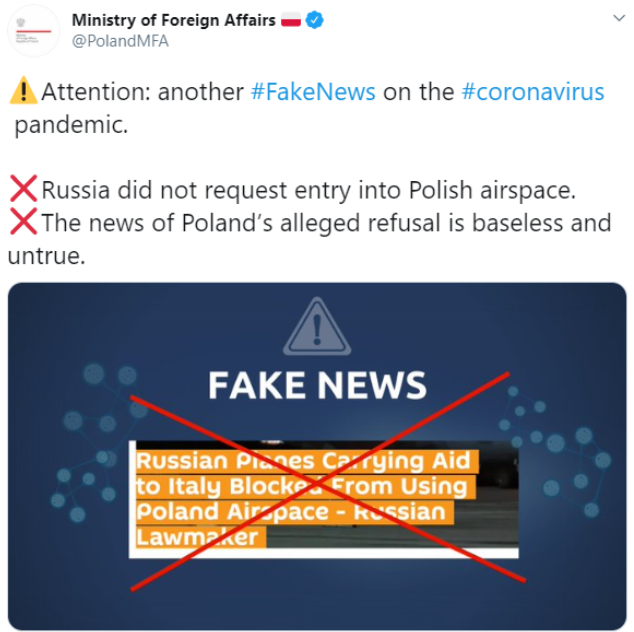 Polygraph.info, a fact-checking website, also released an article about the disinformation. It notes that Alexey Pushkov and Poland have a history of mutual antipathy. In 2017, Pushkov blamed Poland for starting the Second World War by seizing part of Czechoslovakia after the 1938 Munich agreement, Polygraph.info reports.