Where did the conspiracy about Justin Trudeau being the son of Fidel Castro come from? 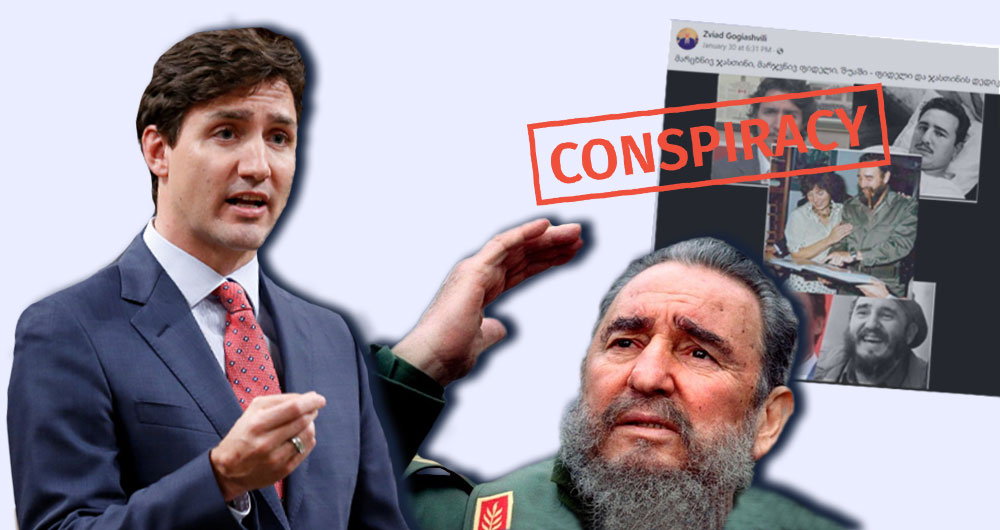 On January 30th, Zviad Gogiashvili, an openly anti-vaxx Facebook user, published a photo collage depicting the Canadian Prime Minister Justin Trudeau’s mother, Margaret Trudeau, and the former Cuban President Fidel Castro. The collage also includes close-ups of the faces of Justin Trudeau and Fidel Castro themselves, which is probably used to emphasize their similarity. The post is accompanied by Zviad Gogiashvili’s comment, “Justin on the left, Fidel on the right, Fidel and Justin’s mother in the middle….” 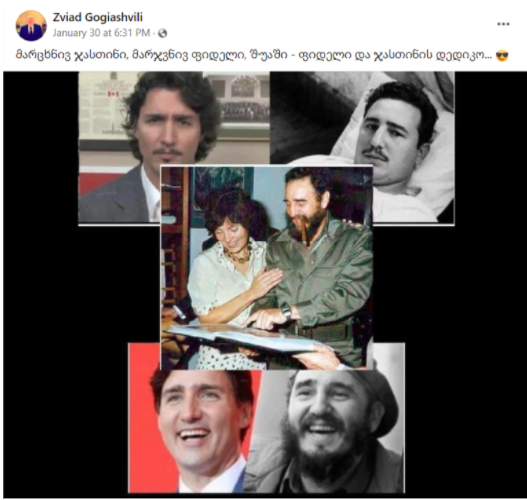 The photo collage disseminated by Zviad Gogiashvili and the accompanying comments give the impression that Justin Trudeau is the son of Fidel Castro. A similar conspiracy has been circulating on the internet for years, though it is unfounded as Justin Trudeau was born in 1971 and Margaret Trudeau and Fidel Castro met in 1976.

Allegations about an affair between the Prime Minister of Canada and the leader of the Cuban Revolution have been circulating on the Internet since 2016, after the death of Fidel Castro. The conspiracy was particularly popular among Donald Trump supporters, who used to spread rumours on various Internet forums that Justin Trudeau’s mother Margaret Trudeau and Fidel Castro used to meet each other in secrecy, and Justin is their love child. One of the reasons for the conspiracy’s popularity was Justin Trudeau’s 2016 statement when Trudeau mentioned that his father, Pierre Trudeau was proud of his friendship with Fidel Castro, and it was a great honour for him to meet Castro and his family in person.

The conspiracy was addressed by the fact-checking organizations Snopes and APNews. The Trudeau family indeed had a good relationship with Fidel Castro and Justin Trudeau’s father, the former Prime Minister of Canada Pierre Trudeau Castro, was friends with Castro; they did not meet face to face until 1976.

Apart from the noticeable physical resemblance between Justin Trudeau and Fidel Castro, another argument used by conspiracy theorists was that the paths of Pierre Trudeau and Fidel Castro first crossed in the 1970s. They cited the Canadian newspaper “The Globe and Mail” as evidence that the first communication between the leaders of Canada and Cuba took place in 1970, although the article does not say that they met since the communication between them was only in writing. The first official meeting between the leaders did not take place in 1970, since the two met each other in person in 1976 when Pierre Trudeau and his wife Margaret visited Cuba. The photo of Fidel Castro and Margaret Trudeau, used in Zviad Gogiashvili’s post, was taken during this visit. Justin Trudeau, born December 25th, 1971, was four years old at the time.

Justin’s parents, Margaret and Pierre Trudeau got married on March 4th, 1971, and Justin was born about 10 months later. There is no evidence that Margaret Trudeau met Fidel Castro during this period, and it is unlikely that a similar fact would not be covered by the media, as after an unexpected marriage, Justin’s parents became the focus of media attention, and journalists actively covered the details of their relationship.

Conspiracy theorists further argued that Fidel Castro’s son Fidelito had left a letter before his suicide in which Justin Trudeau was referred to as his half-brother. Nothing is actually known about the existence of such a letter. 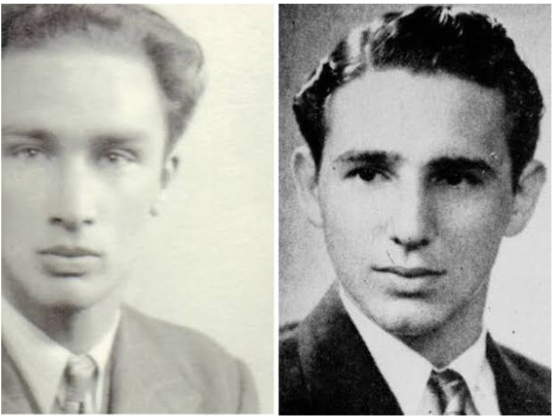 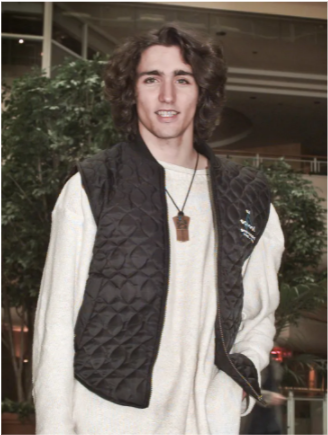