When did Novichok First Appear? 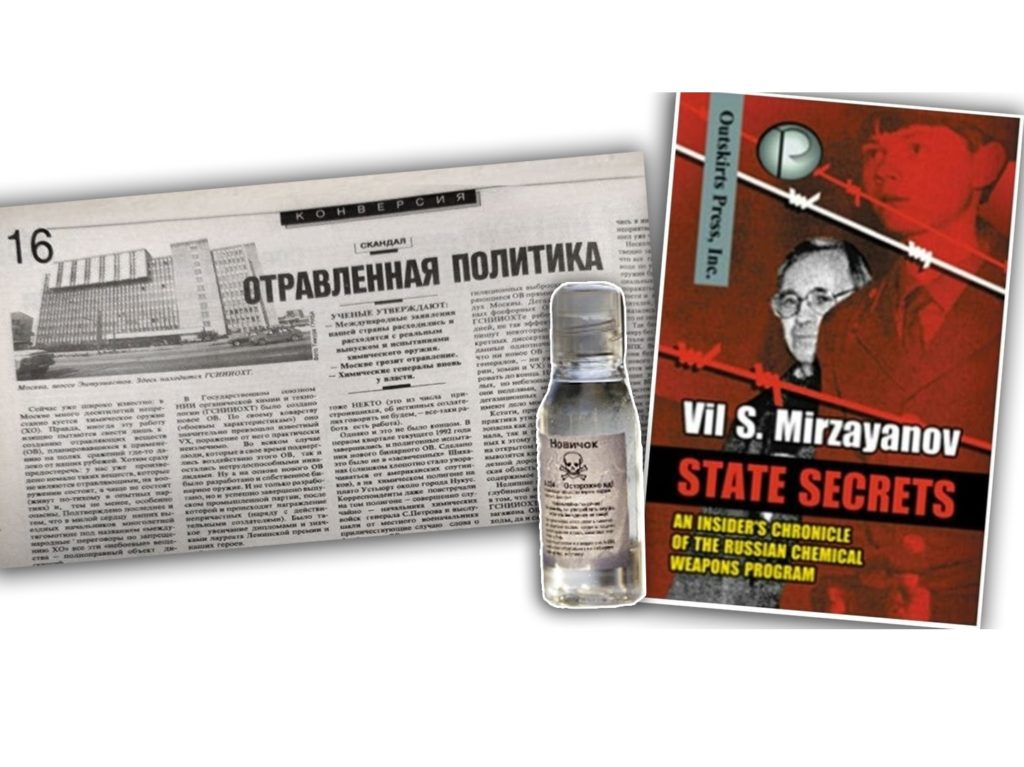 On September 15, News Front, an online outlet, published an article headlined “the U.S. arsenal includes Novichok, but according to them, only Russia has access to it.” The article notes that although the United States had been working on Novichok and other similar toxic agents since the 1970s, the American side denies its existence in the U.S. arsenal, “especially in the context of blaming Russia for alleged poisoning of Alexei Navalny.”

The article refers to the statement made by Russian Foreign Minister Sergey Lavrov in 2018. Lavrov said that after Vil Mirzayanov, who developed the Novichok nerve agent, moved to the United States and publicized the formula used to produce Novichok, it was patented there and used by various agencies, including the U.S. Armed Forces.

The statement as if the U.S. arsenal includes Novichok has no evidence. Russia did not admit the existence of Novichok, which first appeared in the 1970s-90s and it was included in the Chemical Weapons Convention only upon the initiative of Western countries, after Russia’s ex-spy was poisoned with Novichok. News about Novichok first emerged in 1992 when Russian scientist was arrested for disclosing state secrets about chemical substance in the article published by Moskovskiye Novosti.

1. Novichok was not added to the list of prohibited chemical substances until 2019, because Russia had not admitted its existence; it was added to the list upon the initiative of the United States, Netherlands and Canada in 2019, in response to the Skripal poisoning.

Under the Chemical Weapons Convention, Novichok was not added to the list of prohibited chemicals until 2019. The first decision on adding Novichok to the list of toxic chemicals was jointly proposed by Canada, the Netherlands, and the United States. It was the first amendment to the Convention developed in 1993 and it entered into force 180 days from the date of its adoption. The international community drew attention to Novichok after Russia’s ex-spy, Sergei Skripal and his daughter, Yulia were poisoned using this chemical agent in Great Britain. The EU member states as well as the United States expelled Russian diplomats from their respective countries shortly after the fact of the Skripal poisoning was confirmed.

Novichok was not added to the list of toxic chemicals, because Russia did not admit its existence back in the early 1990s, when the list was being developed. Noteworthy that suspicions on concealing toxic chemicals by the Soviet Union had already existed before.

2. Russian scientist was arrested for disclosing state secret about chemical substance in the article published by Moskovskiye Novosti

Russian Foreign Minister Sergey Lavrov said that after Vil Mirzayanov, who developed the Novichok nerve agent, moved to the United States, he publicized the formula used to produce Novichok and it was patented in the United States.

Back in 1992, Russian chemists, Lev Fedorov and Vil Mirzayanov published an article in Moskovskiye Novosti, in which they spoke about a powerful, fourth generation chemical weapon developed in the Soviet Union and Russia in a period between 1970 and 1990. 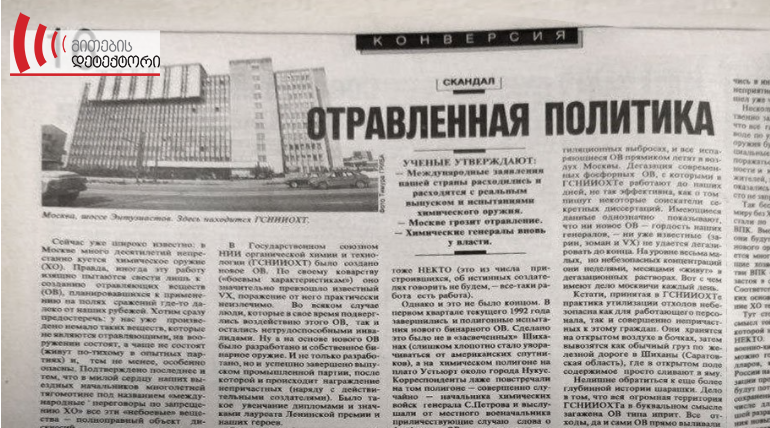 Just based on this article, Mirzayanov was arrested and accused of disclosing the state secrets. In 1994, Moscow Municipal Court attempted to hold a closed hearing in the case of Mirzayanov. The hearing ended with return of the case to the prosecutor’s office at the request of the latter with the judgment that there were insufficient grounds for confirming the charge. Already in the United States, Mirzayanov released a book titled “State Secrets: An Insider’s Chronicle of the Russian Chemical Weapons Program,” where he discussed the Novichok formula. 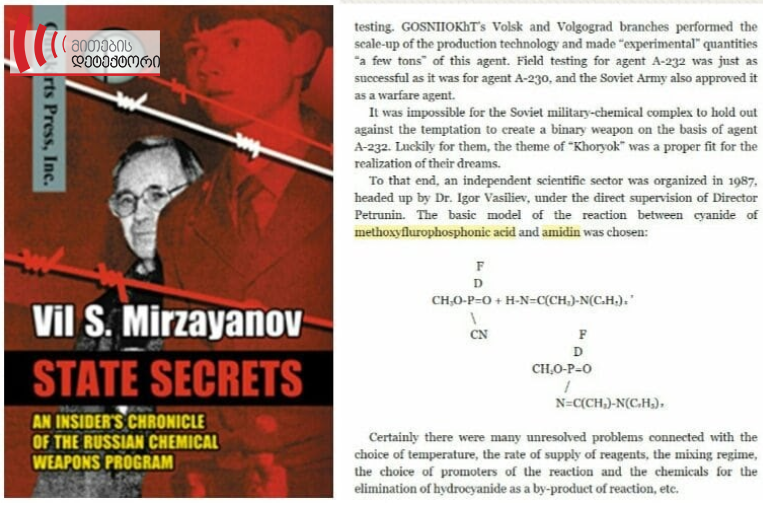 Novichok, a deadly nerve agent, was created in the Soviet Union between 1970 and 1980. It is five to eight times more potent than VX, a toxic synthetic chemical compound. Some Novichok agents are solids while others are liquids. Novichok agents may consist of two separate ‘non-toxic’ components that, when mixed, become the active nerve agent.

Myth Detector’s earlier publications on the same topic are provided below: