What was the Purpose of the Study Involving Children’s Online Pornography Exposure as Claimed by Царьград? 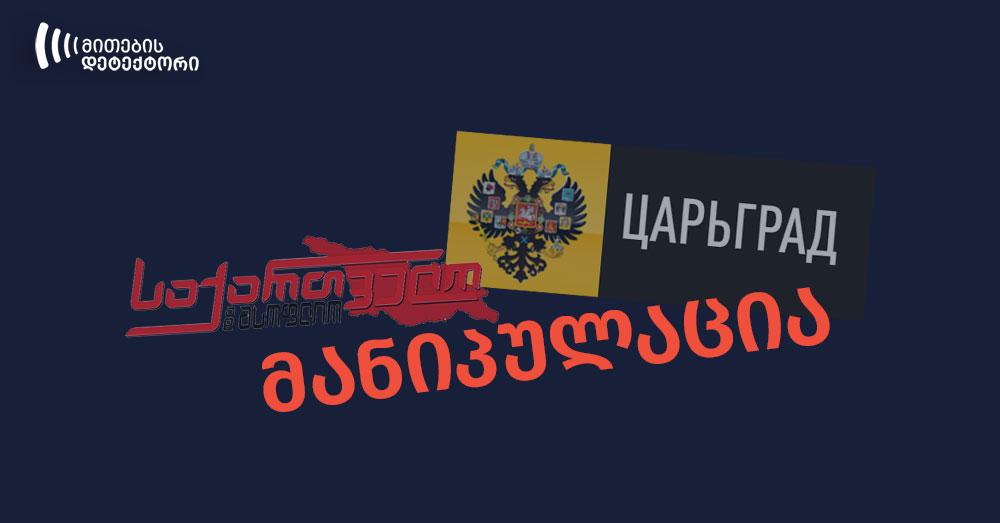 On June 2, Georgia and World, an online media outlet, published an article headlined “Many did not believe… but in vain: An alarming experiment was conducted on children in the European Union.” The article refers to Anna Shafran of Russian TV channel Царьград and claims that the document released by UNICEF covering the rights of children in a digital world reads that it is unclear whether viewing pornography films harms children. According to Georgia and World’s article, the UNICEF document provides the study released in 2020, which says that after viewing sex scenes online, the majority of children were neither upset nor happy. Anna Shafran of Russian TV channel Царьград who is quoted in the article notes in this respect that children were allowed to view sex scenes as part of the study that, according to her, is alarming. 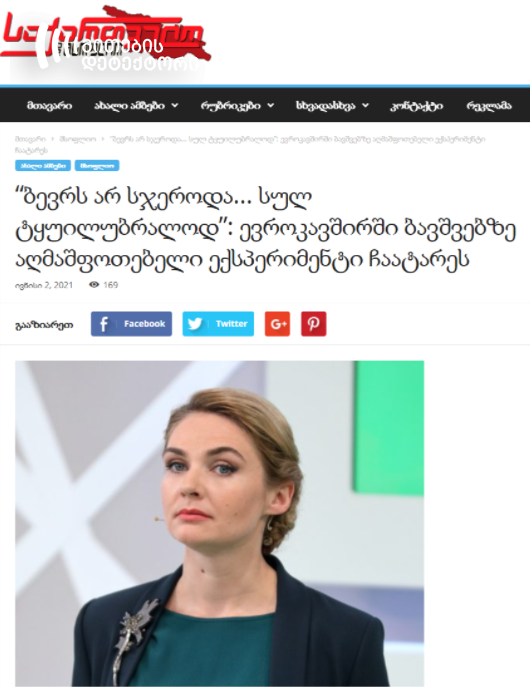 The articles published by ‘Georgia and World’ and Царьград are manipulative. UNICEF’s discussion paper does not read that the risks of children’s exposure to pornography are unspecified. The document notes that such content is harmful to some children; however, the nature and extent of that harm vary. Царьград’s claim as if children were allowed to view pornography as part of EU Kids Online survey is false, because the survey methodology involved studying children’s past experiences and asking them questions about this issue in order to determine the harm caused by their exposure to pornography.

In fact, UNICEF’s discussion paper covering children’s rights online reads that viewing pornography is associated with various risks and threats; however, there is no consensus regarding how harmful it is to children. According to the document, some studies claim that access to pornography at a young age is linked with poor mental health, sexism and objectification, sexual aggression and other negative outcomes.

Царьград’s journalist as well as Georgia and World referring to her are manipulating the issue as if the UNICEF document considers vague how viewing pornography affects children. However, according to UNICEF’s discussion paper, the evidence suggests that some children appear to be harmed by exposure to some kinds of pornography at least some of the time, but that the nature and extent of that harm vary.

As for the document referred to by Царьград and ‘Georgia and World’ – the 2020 survey titled EU Kids Online, covering the results from 19 countries – it was really quoted by UNICEF. According to the survey results, most of the children who saw some sexual image were neither upset nor happy, ranging between 27% (Switzerland) and 72% (Lithuania). The document reads that the responses to exposure to sexual images can be very diverse. As with other risks, seeing sexual images can, for some children and young people, be considered a positive experience, some don’t think much about it, and for some it can cause distress. The survey methodology did not involve monitoring children’s behavior following their exposure to pornographic materials as claimed by Царьград. It was important for the study to know more about children’s experiences. Therefore, the researchers asked their respondents if they had seen something sexual on a mobile phone, in a magazine, on the TV, on a DVD or on the internet – pictures, photos, videos showing people naked or people having sex. The researchers intentionally avoided using the term ‘pornography’, but rather asked the children more broadly to think of images that were obviously sexual and evaluate what they felt after seeing them. The purpose of the research was to study the impact of such content on children.

Based on the survey results, the authors offer some points to consider, according to which some sexual content, which children are exposed to, may also have an educational purpose. But they also ask a question “how can we ensure that sexual educational content is age-appropriate and relevant, and who should take responsibility for this?” The research also notes that some children, especially younger children and girls more often than boys, do not seek out sexual images but are unwillingly exposed to them, and some find this to be problematic.

Царьград TV notes in its ‘About us’ section that it is a Russian conservative information analytical TV channel. It was launched in 2015 by Russian oligarch Konstantin Malofeev, who supports the idea of restoration of Russian Empire. Malofeev financed the process of Russia’s annexation of Crimea prompting the United States and the European Union to place him under sanctions. In 2015-2016, Aleksandr Dugin, founder of the Eurasia Movement and key ideologist of Russia’s aggressive expansionist policy, served as the TV channel’s editor-in-chief. Currently, Daria Tokareva is the channel’s chief editor. Moscow City Court ruled to fine her with 120 thousand rubles for spreading fake news about the coronavirus. Earlier, Tokareva had been fined seven times for spreading information and photos of minors without their parents’ consent.

This is not the first time Царьград spreads anti-Western fake news. In 2016, the TV channel spread disinformation on breeding of humans and animals in the United States. Below are Myth Detector’s verified materials featuring Царьград: