Was the WWII the “Cheapest” for the U.S.? 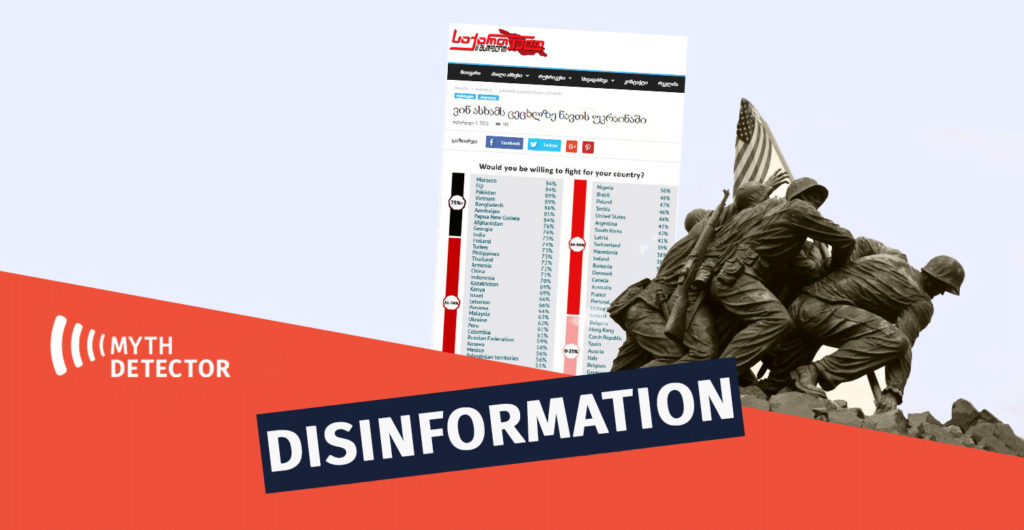 On February 2nd, 2022, the online outlet “Georgia and World” published an article entitled “Who adds fuel to the flames in Ukraine”, arguing that the United States is urging Ukraine to engage in a military conflict with Russia to see economic profits from arms sales. The author of the article, journalist Beso Barbakadze, notes that the U.S. constantly manages to utilize conflicts for its own benefit, a clear example of which is World War II, which cost the U.S. the least among the combatants, and in return, managed to make a profit of it. 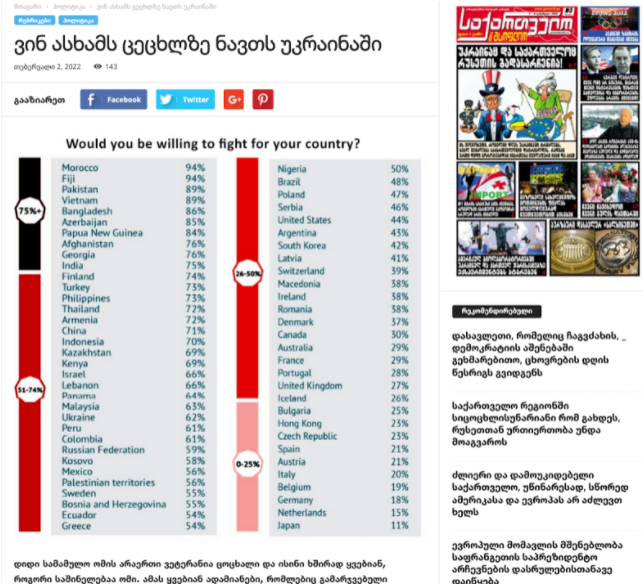 Beso Barbakadze, Journalist: “By the way, the Americans are still claiming that the victory over Nazi Germany was mainly due to the fact that they sacrificed a lot of resources. In fact, World War II cost the United States the cheapest, and it was practically the only country that made money from this conflict.”

The claim that the U.S. spent the least during World War II is false. U.S. spending on the war totalled USD 341.491 billion, significantly exceeding the costs incurred by other countries. At the same time, it is manipulative to argue that preparations for military aid during World War II created additional jobs in the United States and improved the economic situation since the emergence of war had nothing to do with U.S.-interests.

The United States became involved in the war two years after its inception (1941). Notably, this was the costliest conflict in its history. According to 2020 data and taking into account the inflation, World War II cost the United States about USD 4 trillion. In the last year of the war, in 1945, the U.S. used to spend almost 40% of its GDP on defense.

Although the hostilities never took place in the United States, the aid and total expenditure exceeded that of Germany, as well as in Great Britain and the Soviet Union. In addition, the U.S. lost 416,800 troops as a result of the conflict and a total of 418,500 people.

When it comes to the U.S. expenditure, it is important to consider the “Land-Lease” program, which helped the Allied forces with various important resources. In total, the aid amounted to about USD 50 billion. Its share was mainly transferred to Great Britain, France, the Soviet Union and China. The Land Lease program was instrumental in winning the war, as the Allies received significant aid from the United States in the form of food, fuel, weapons, and transportation. 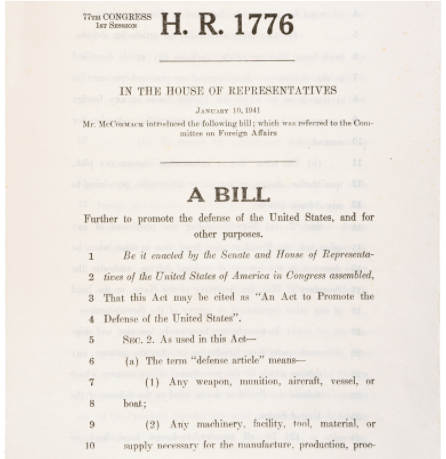 The war and its preparation fostered a number of economic processes in the U.S., which helped the country solve many problems that were caused by the Great Depression. 17 million new jobs were created during the war, industrial productivity increased by 96 per cent, and corporate profits almost doubled after taxes. The Soviet Union may not have benefited economically from World War II, but it significantly strengthened its positions on the European continent and expanded its spheres of influence. 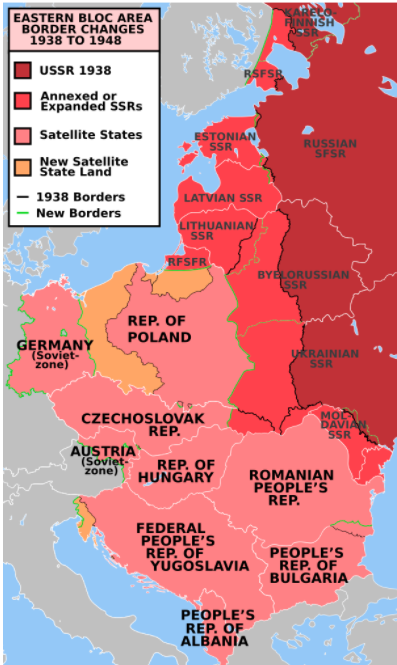 The expansion of the Soviet influence, annexed and satellite states

American neutrality did not start amid WWII. Even after World War I, the U.S. realized that getting involved in the conflict was a big mistake hence the isolationist policies in the U.S. increased significantly. The Senate refused to join the League of Nations, and in 1928 the United States signed the Kellogg Bryan Pact, renouncing the use of force and advocating for the peaceful settlement of conflicts. To reduce the foreign influence, the United States also reduced migration through the Emergency Quota Act (1921) and the Johnson-Reed Act (1924).

At the same time, it is important to consider the actions of the United States immediately before the emergence of the war, when the sides of the war in Europe were already clearly visible. During this period, the occupation of Manchuria by Japan, the occupation of Ethiopia by Italy, and the re-arming of Germany put American isolationism in question. To avoid involvement in the conflict, the U.S. issued 3 acts of neutrality in the 1930s (1935, 1937, 1939).

America eventually got involved in the war after the Japanese Air Force attacked the United States Pacific Fleet at Pearl Harbor base on the island of Hawaii.

Unlike the United States, the Soviet Union was actively involved in processes that made war inevitable. Important in this regard is the Molotov-Ribbentrop Pact, which divided Europe into the spheres of influence of the USSR and Germany, allowing the Nazis to start the war without the fear of the Soviet Union.