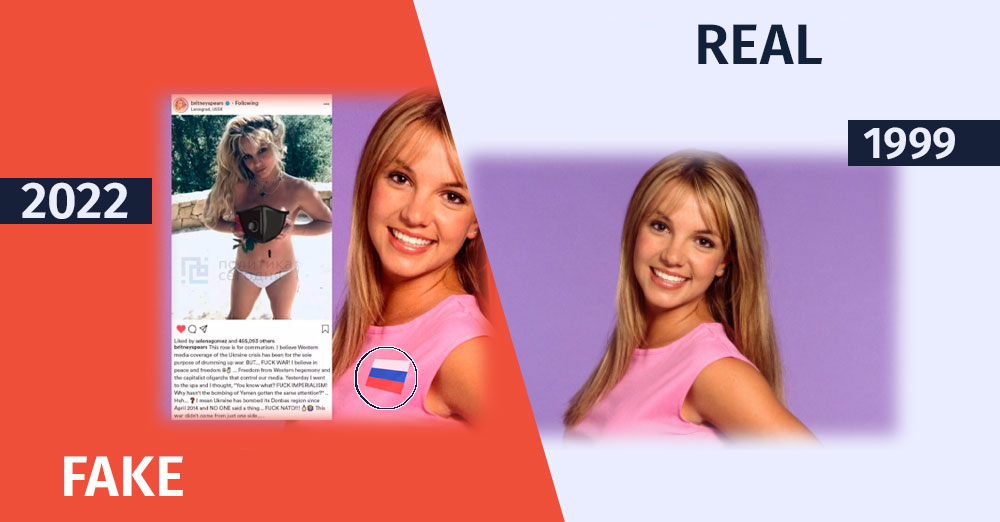 On March 18th, the user “Selenge Piyadigama” published a post about the American singer Britney Spears in the Facebook group “Russian Canada-Русская Канада.” According to the description, Britney Spears’ Instagram account was blocked for publishing a post against the North Atlantic Alliance (NATO). Specifically, the singer allegedly said that she believes that the Western media publishes information about Ukraine only to provoke war. According to the Facebook post, Spears was devastated that no one was talking about the bombing of Yemen and, at the same time, condemned NATO’s actions. 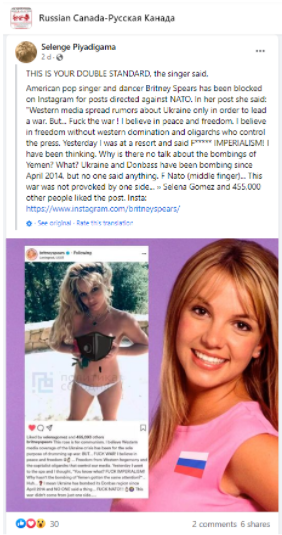 The post is accompanied by two pictures of Britney Spears. In one of them, the singer is wearing a T-shirt with a Russian flag on it, while the second one is allegedly the screenshot of the Instagram post for which her account was blocked. The location of the Instagram post appears to be Leningrad, USSR. 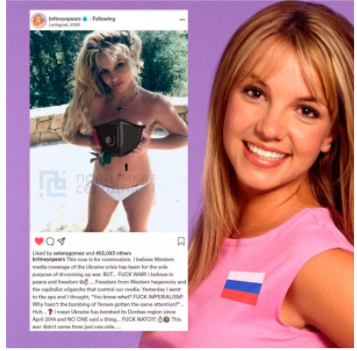 Britney Spears herself deactivated the Instagram account on March 16th. In one of her last posts, the singer wrote that she did not want people’s pity because love and being nice towards everyone hurt her, so she wanted people to be afraid of her. 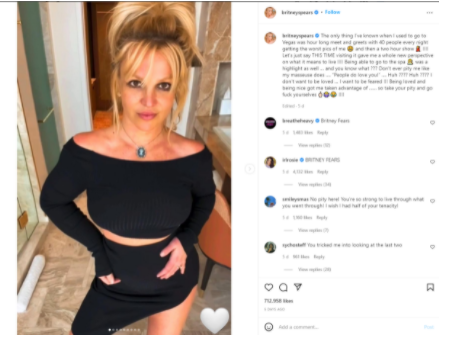 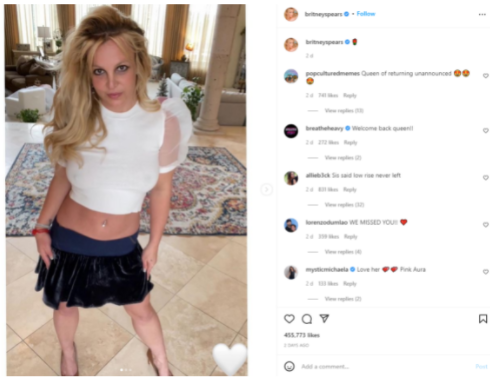 Both photos used in the post spread on Facebook are altered using a software. In fact, an identical screenshot of Britney Spears’ Facebook account was not published during the 2022 Russia-Ukraine war but on September 10th, 2021. 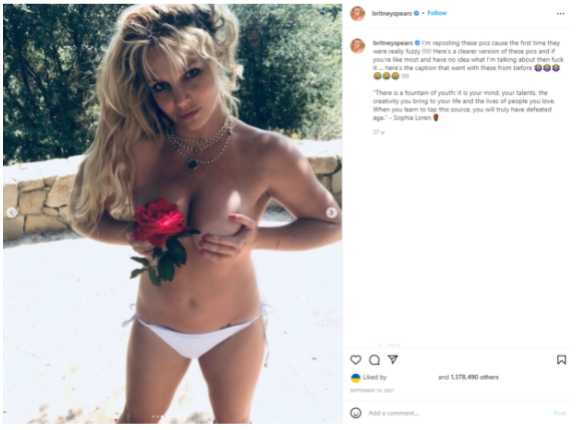 The description does not mention the North Atlantic Alliance, communism or the Western media. The singer said she was republishing this and other photos in the series because they were initially uploaded in low quality. Spears said she published the description that accompanied the first version of the photos unchanged. In the photo’s description, one finds a quote from Sophie Lauren, where the Italian actress talks about the secret of maintaining youth.

As for the second photo posted on Facebook, where the Russian flag appears on Britney Spears’ T-shirt, in fact, the famous photo was taken in 1999 for the cover of the Rolling Stones in California, and the original photo does not show the flag of the Russian Federation. 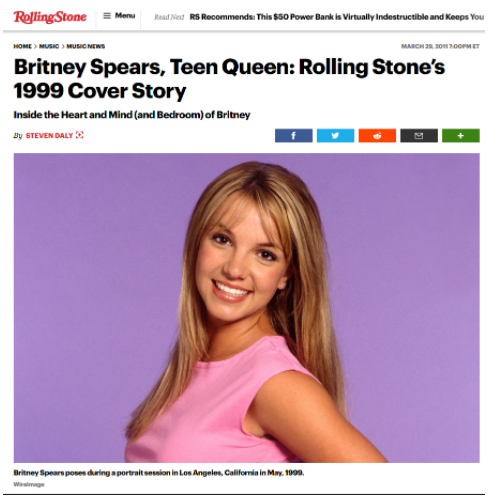