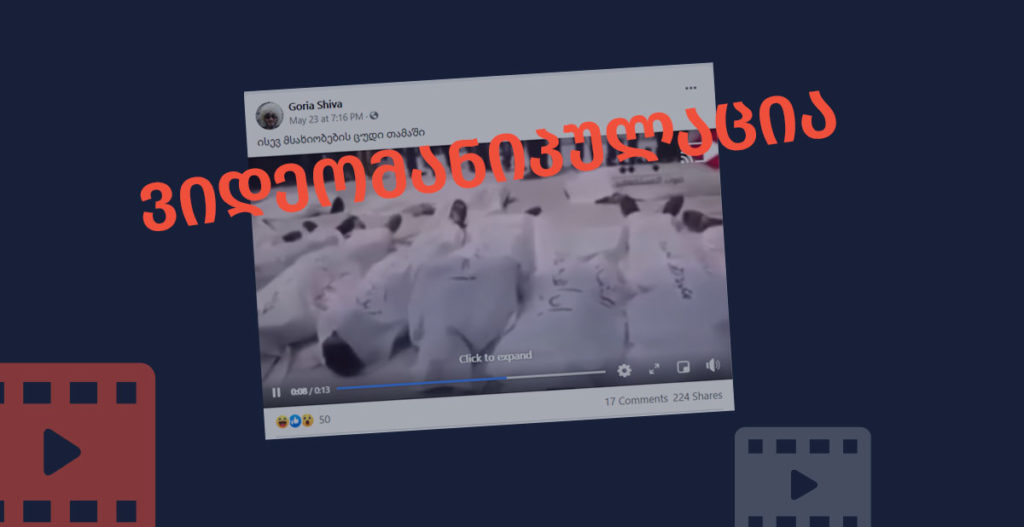 On May 23, Facebook profile Goria Shiva uploaded a video, showing a row of people on the ground, wrapped in white shrouds with Arabic inscriptions. The video has a caption: “Another bad show by the actors.” The post does not indicate when and where the video was filmed. Neither does it say anything about its context. However, part of Facebook users linked it to the pandemic. 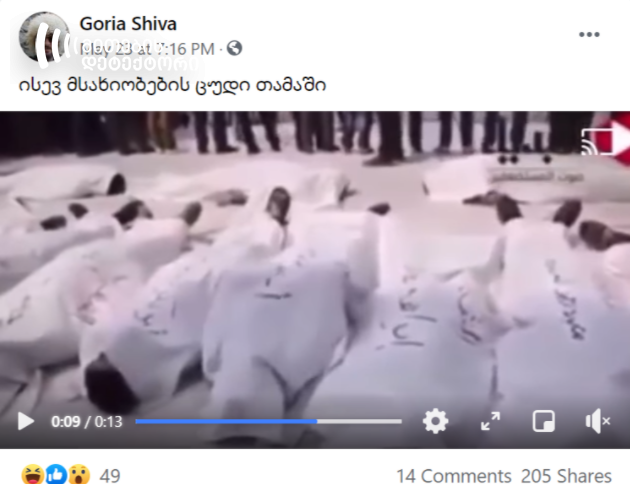 The viral video is misleading and leaves an impression that the people shown in the video are faking their deaths to deceive others with one of them being caught out. In fact, the video was filmed in 2013 and it shows a student die-in protest in Egypt.

The Facebook profile, which uploaded the video, does not specify actually what is shown in the video; however, according to the accompanying caption and the comments, Facebook users perceive it as “a coronavirus hoax” and use it as an argument to deny the pandemic.

In fact, the video first emerged in October 2013 and it was uploaded on YouTube by an Egyptian media outlet. The video, also verified by Snopes, a fact-checking website, actually shows a group of students at Cairo’s Al-Azhar University taking part in a “die-in” protest. Students of Al-Azhar’s Faculty of Arabic Language protested what they called a “military coup” through which Army General Abdel-Fattah el-Sisi removed Islamist President Mohamed Morsi from power. “The soldiers will not rule us” was one of the slogans chanted by students.

It is not the first time that the video in question was spread without a real context or was used for spreading disinformation. Various search engines have shown that in 2014, the video footage was portrayed as an inexplicable development, while in 2018, it was shared on social media as if it showed a group of Palestine martyrs staging their deaths in an attempt to portray Israel in a bad light. The video with an identical misleading caption was widely circulating following Israeli-Palestinian tensions in 2021. 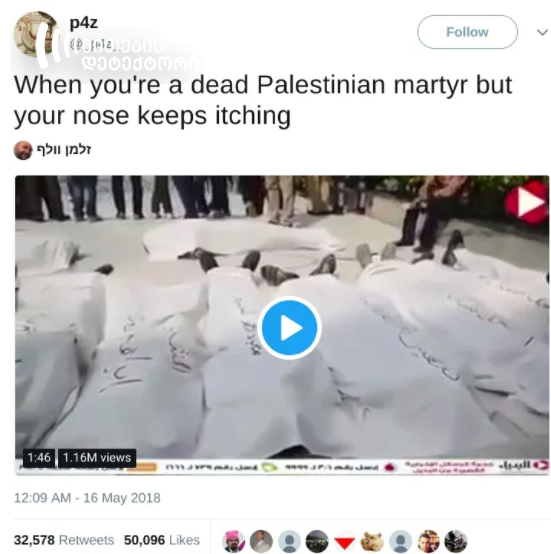 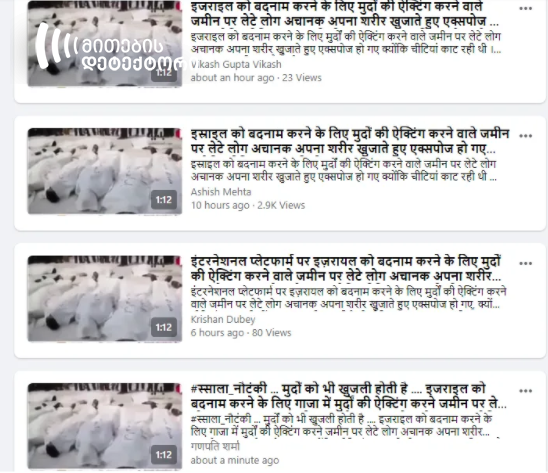 On May 16, 2021, the video was spread on BitChute, an ultra-conservative platform, accommodating far-right individuals and conspiracy theorists. The accompanying caption linked the footage to the pandemic, writing ironically that Indian variant has the ability to bring dead back to life. 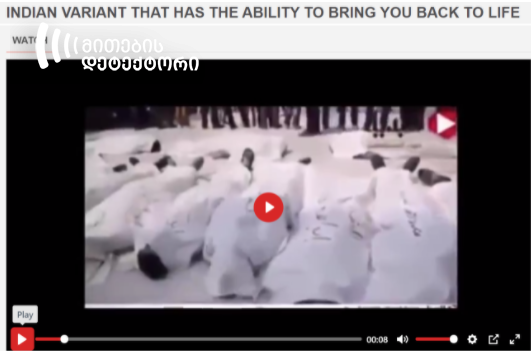