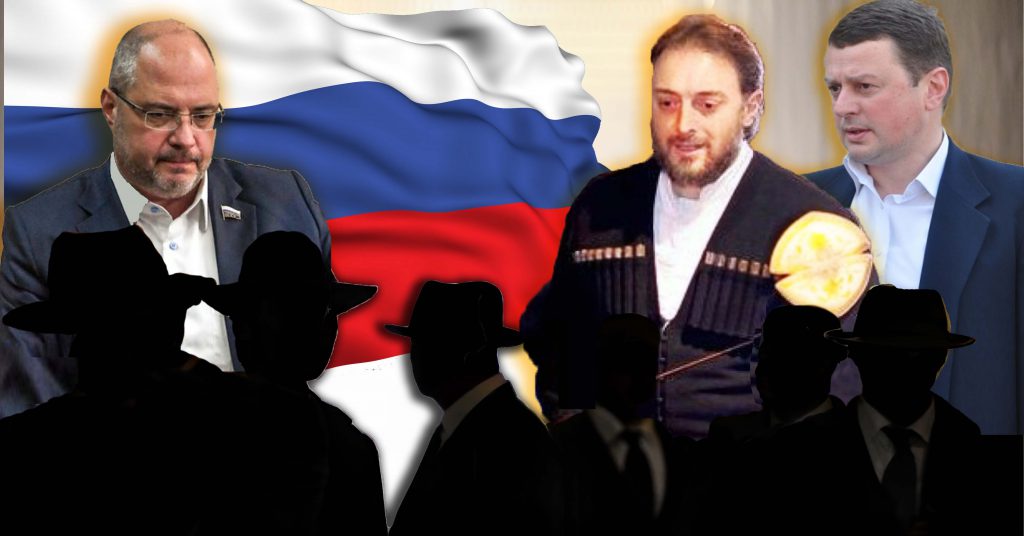 In an interview with newspaper “Asaval-Dasavali” (July 29 – August 4) businessman Levan Vasadze accused NATO and US Central Intelligence Agency of the events, developed in front of the Parliament of Georgia on June 20. Vasadze claims, that CIA representative Daniel Kunin led the special operation of overthrowing of Georgian government and invasion of the Parliament. According to the businessman, on the night of  June 20 there was a man in front of Georgian Parliament built very similarly to Kunin, with a black bag. Director of the Primakov Georgian-Russian Public Center Dimitri Lortkipanidze has also developed the conspiracy about American’s involvement in the events of June 20 in an interview  with pro-Russian edition “Georgia and the World” on July 31:

Levan Vasadze, businessman: „I am convinced that this [the events of June 20-21] was an operation of regime change, which was planned overseas, perhaps more in NATO and Central Intelligence Agency of the United States of America. We know that the operation was led from the US Embassy… I do not have any photos and direct evidences so far, but as I was told, it is quite possible, that my long-time mate and acquaintance, Daniel Kunin, personally led the special operation on June 20-21, 2019, which was to be ended with overthrowing of Georgian government!.. Daniel Kunin is a representative of Central Intelligence Agency of the United States of America in Georgia!… I cannot be sure, however, according to my information, a person built very similarly to Daniel Kunin was in front of the parliament on the night of June 20-21, was holding a black bag, and it was him to whom platoon leaders ran for taking orders!… It was Daniel Kunin or a person, who looked like him from whom the „storm troopers“ received the instructions. “

Dimitri Lortkipanidze, Primakov Georgian-Russian Public Center: “I can say with certainty that the officers of US Embassy’s Internal Security Service personally participated in the storming and I recognized many of them. I will even say more: In case if special services are interested, I can tell them the names and surnames of these persons, but now, certainly, I will refrain from naming them… Specifically this refers to a Chief Officer of US Embassy’s Security Service, who wears a US uniform”.

Apart from Levan Vasadze and Dimitri Lortkipanidze, Gavrilov himself and Russian politicians, also pro-Russian Georgian actors see American and Western footprint in the anti-occupation protest, which took place on June 20 after Communist Deputy of Russian State Duma, Sergey Gavrilov, took a seat of the Speaker of Georgian Parliament, and after the protest was violently dispersed. Kunin himself denies the fact of his presence not only at the protest, but also in Georgia in 2019. The aim of this conspiracy is a denial of Russia’s responsibility for the occupation of Georgia’s territories and demonization of the strategic partners of Georgia.

The “Myth Detector” contacted Daniel Kunin and asked for comment on Levan Vasadze’s statement.  In a written comment, Kunin, who worked with former Speaker of Georgian Parliament Zurab Zhvania and President Mikheil Saakashvili’s government, noted that he had not worked with Georgian government for nearly 10 years, and his last visit as a tourist in Georgia was in 2018. As for the events in Tbilisi developed after June 20, he has little information about it, which he learned from the BBC.

Daniel Kunin: “The story you sent me is 100% false. Indeed, I hardly know anything about these events (!) and what little I know, I read on the BBC website….”

Consideration of “Gavrilov’s night” and the events that followed by Levan Vasadze as a coup and search for the American footprint in this processes coincides with the assessments by Russian politicians’, including Sergey Gavrilov, Russian media and Georgian anti-Western media.

On June 20, 2019, parliamentary opposition’s protest, and then protest by Georgian citizens started in front of the Parliament after Communist Deputy of Russian State Duma Sergey Gavrilov took a seat of Georgian Parliament’s Speaker on the session of the Interparliamentary Assembly on Orthodoxy. After the dispersal of the protesters by police with the use of force, on the first day of the rally, the anti-occupation protests called “Shame” became permanent. Protesters are demanding the resignation of the Interior Minister, which is their third demand and relates to the dispersal of the protest with the use of force on June 20.