Untrolled: How Turkish Actress Turned into Shamugia to Protect Tarkhan-Mouravi

The Myth Detector has identified a fake Facebook account using the name of Nata Shamugia, stealing the photo of a Turkish actress and simultaneously protecting Davit Tarkhan-Mouravi, leader of the Alliance of Patriots party with anti-Turkish sentiments, against criticism in the social network.

The troll commented below the Facebook post of the Myth Detector after the latter shared its February 21 article “What Messages does “Patriot” Tarkhan-Mouravi Get from the Russian Satirical Edition Panorama.pub?” on its Facebook page. The article noted that the primary source of disinformation spread by Tarkhan-Mouravi, according to which propagating traditional family values became punishable in Belgium, was Russian-language satirical edition panorama.pub, which spreads only fake stories. 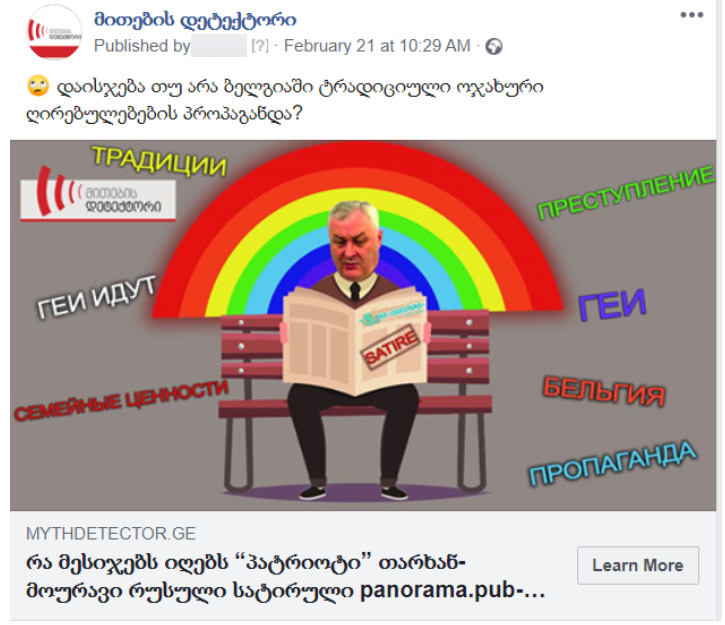 The only activity found on Nata Shamugia’s timeline involves updating a cover photo on November 26, 2019 that, with high probability, is the date of creating the profile.