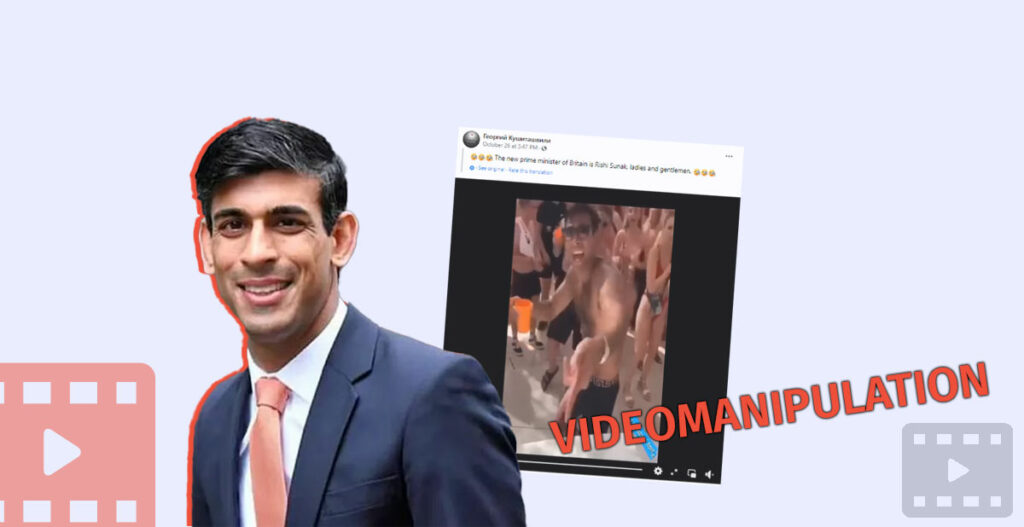 On 26 October 2022, Georgian Facebook users (1, 2) shared a video of a man dancing at a beach party, claiming it was the new British Prime Minister Rishi Sunak. 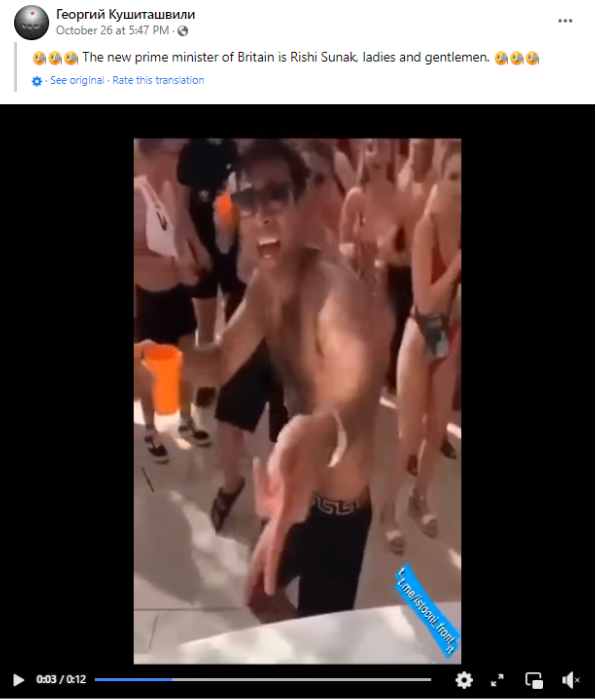 The video used in the post aims to mislead the audience.  The man shown in the video is not Prime Minister Rishi Sunak, but rather a look alike.

This video was originally posted by Wayne Lineker, owner of the club O Beach Ibiza, on 21 January 2022 and 12 July 2019 to promote his business by portraying the party life of Ibiza.

There is no reference to Rishi Sunak in either of these posts. According to Rishi Sunak’s Facebook page, he was touring his constituency of North Yorkshire in early July 2021, making it highly unlikely he was present at a party on the Mediterranean island of Ibiza at the same time

It is unclear exactly when the video was taken and who it is showing, but the evidence overwhelmingly implies it is simply a doppelgänger of Rishi Sunak and not the British Prime Minister himself. Multiple fact-checks have been written (1, 2, 3) further illuminating this point.