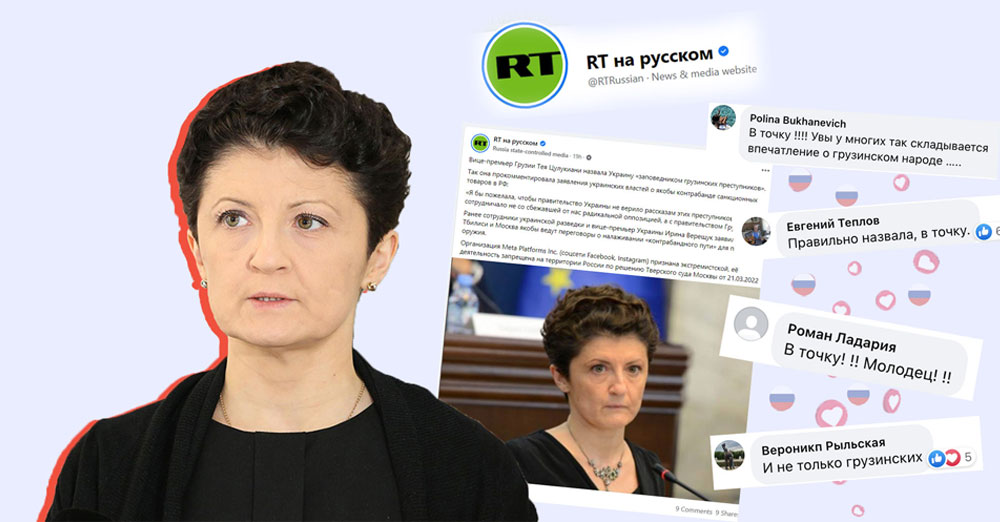 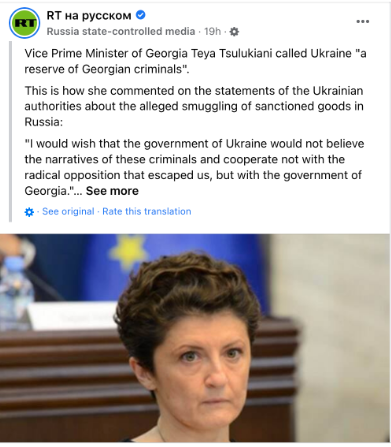 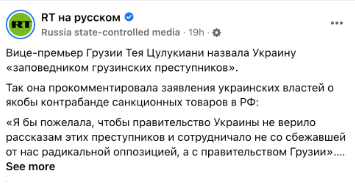 “Vice Prime Minister of Georgia, Tea Tsulukiani called Ukraine “a reserve of Georgian criminals,” – states Russia Today, citing the complete statement made by Tsulukiani in response to her Ukrainian colleague.

“I want to address Ms Vereshchuk, Dear colleague, I want you to believe, and I assure you, that the Georgian borders are controlled. The official statement about the issue has already been made by the Ministry of Finance of Georgia, and these borders are controlled precisely so that any sanctioned materials or goods, be it military or dual-use products, do not go beyond strict customs monitoring of our borders. This is the reality, and everything else is a filthy lie. It cannot be our fault that Ukraine, even when I served as the Minister of Justice, transformed into a reserve of criminals who escaped from Georgia. For this very reason, I wish for the Ukrainian Government not to act along with the criminals and their stories and cooperate with the Georgian Government instead of the radical opposition that escaped from here since the Georgian people and the democratic government elected by them are the true friends of the Ukrainian people” – stated Tsulukiani.

Vereshchuk’s comment on Georgia concerns an April 4 statement by the Ukrainian Defense Ministry’s intelligence service that Russia is setting up smuggling channels in Georgia to bypass sanctions.

The comment of Tsulukiani on the Facebook page of ‘Russia Today’ was commended by the Russian Facebook users: “And not only Georgians” (implying criminals), “Exactly, Good Job!” 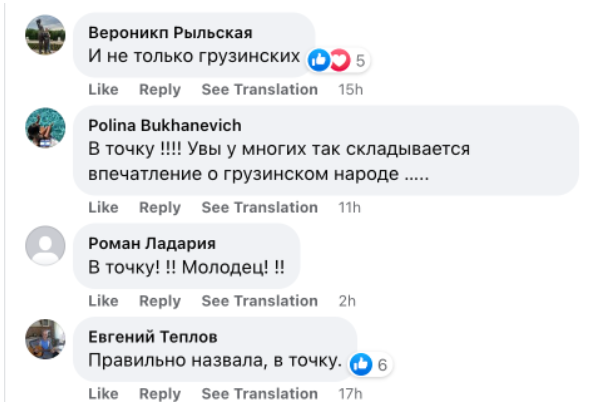 ‘Russia Today’ is a Russian government-controlled propaganda channel restricted by Facebook in the territory of the EU at the request of EU member states after Russia’s invasion of Ukraine. The broadcasting of RT was also restricted by the UK broadcast media regulator.