Shadows, Phone Charger or Cocaine? – What do We Find on Zelenskyy’s Table? 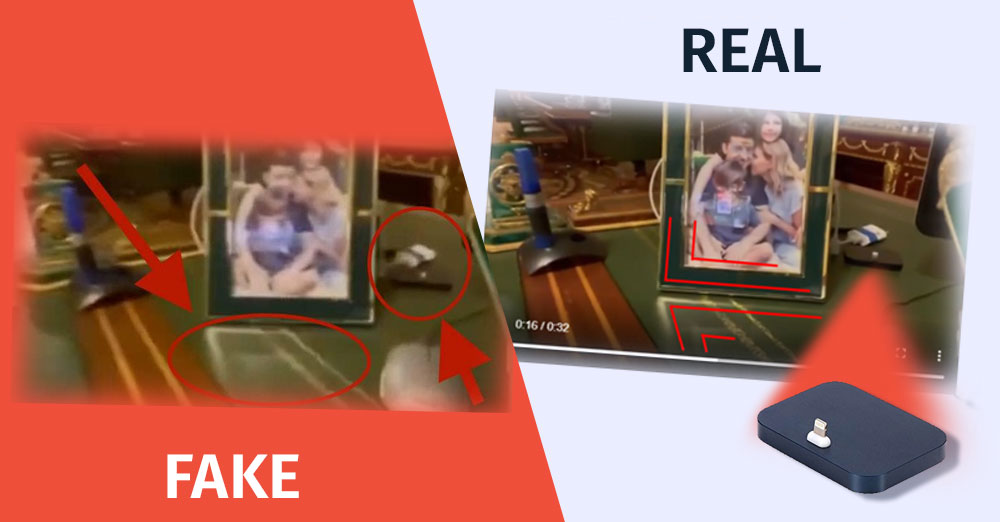 Russian-language media outlets (Riafan.ru, Planeta RTR) and social media users (Dmitry Gromkov, Галина Любимова, Bella Shogenova) have been actively disseminating a video of Ukrainian President Volodymyr Zelenskyy, claiming that the President was under the influence of drugs while the trace and packaging of cocaine could still be seen in the video. According to Riafan.ru, traces of cocaine packaging on Zelenskyy’s table were identified by German journalists. Riafan.ru relies on the German-language outlet report24.news. 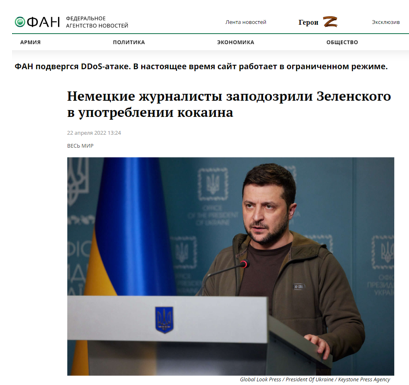 The claim that the viral video shows cocaine traces and packaging on Zelenskyy’s table is disinformation. In fact, the authentic, high-quality version of the video clearly shows a table decor, frame shadows, and two phone chargers.

The video, which is actively disseminated by Russian-language outlets and social media users, was posted on the official Instagram channel of Volodymyr Zelenskyy on April 17th. The video was recorded late at night, in which the President of Ukraine showed his work environment. The original, high-quality video shows that the white stripes shown in the video are actually a reflection of Zelensky’s desk decor and the family photo frame.

The dark green working table can be observed in other photos and videos of Zelenskyy. All of them make it clear that the table is decorated with two golden lines. 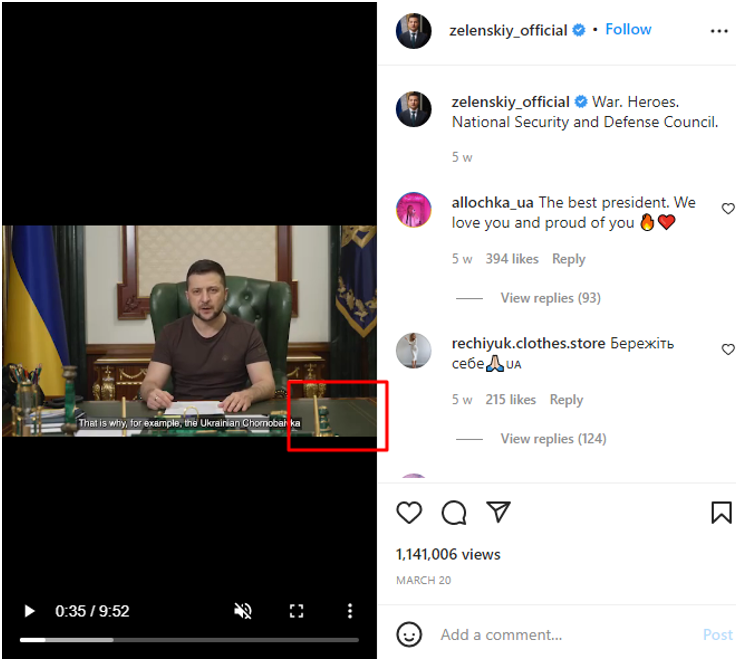 As for the rest of the white stripes, in high-quality video, it is easy to notice that they are actually reflections of the image frame created by the lighting.

Russian-speaking Facebook users have also claimed that the video also shows drug packaging, the high-quality video clearly shows that the white item is not a drug packaging but a phone charger. 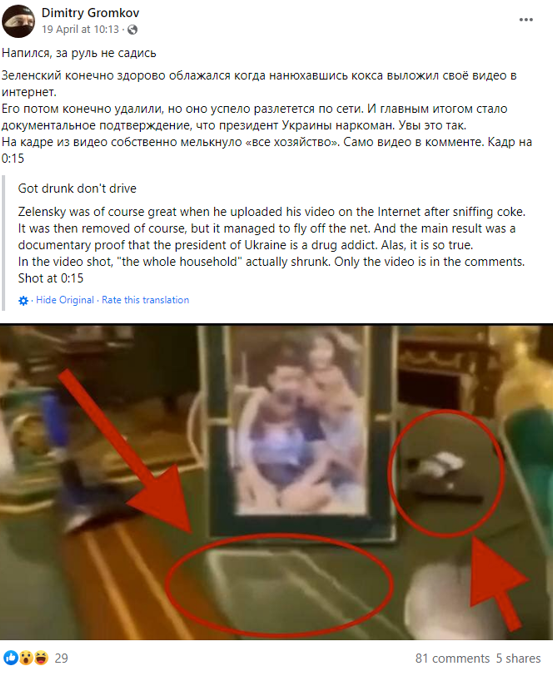 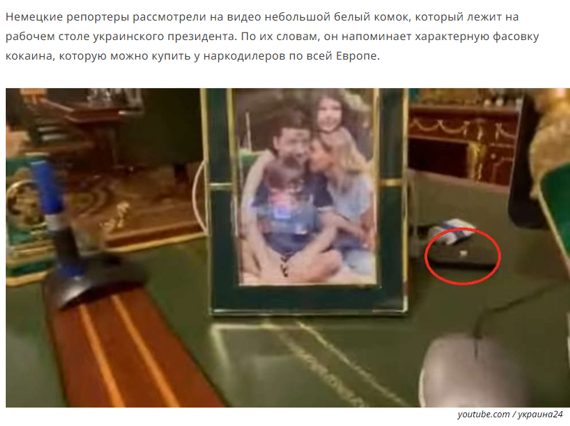 In fact, the high-quality video shows a black charging dock kit next to the family photo. 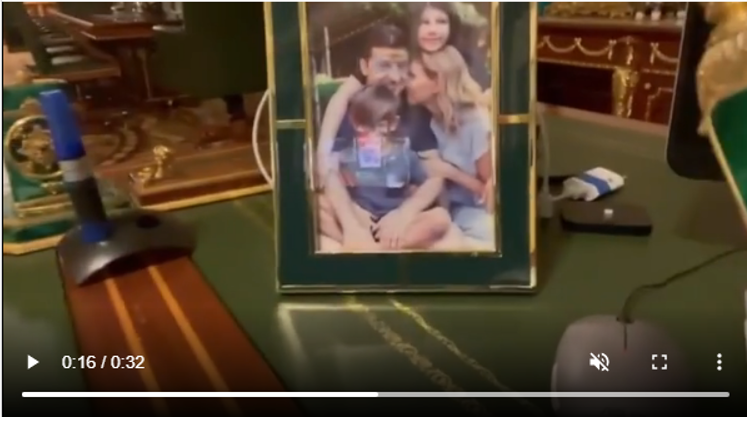 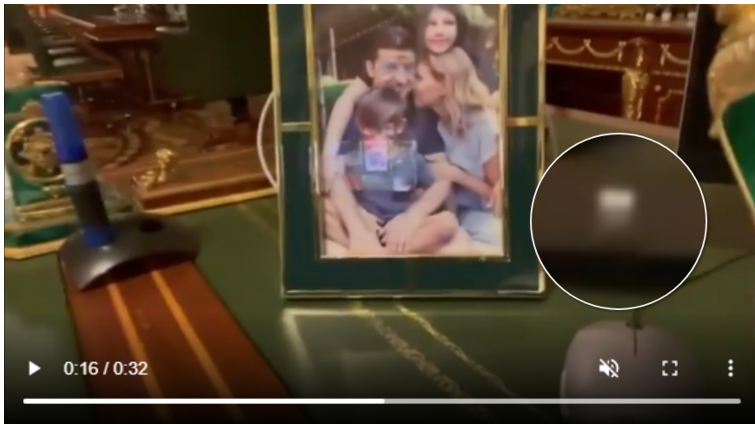 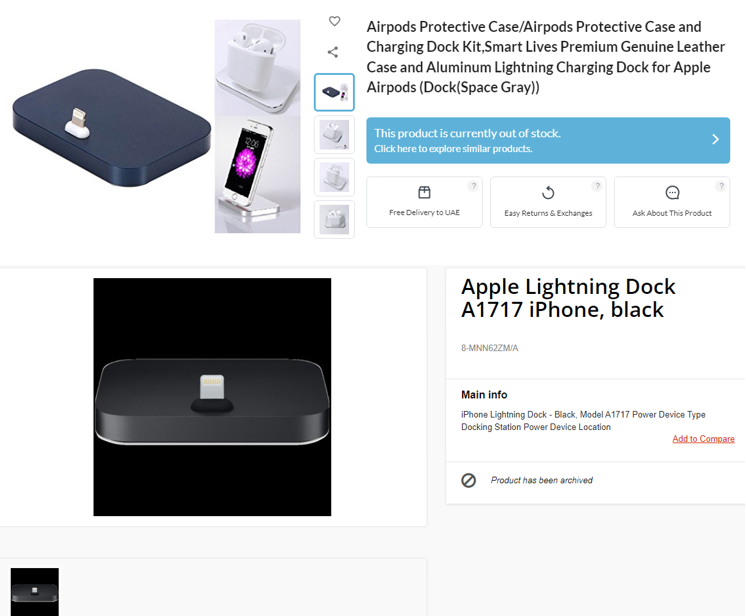 Notably, the article of German-language outlet report24.news, used by Riafan.ru as a source, has been checked by a number of fact-checking organizations.

Russian-speaking users used footage of Zelenskyy spinning the chair several times to confirm that Zelenskyy was under the influence of drugs. In fact, Zelensky spins the chair a total of 2 times: to show a family photo and a statue of a rooster standing on the table in the back.

False claims about Zelenskyy’s alleged drug use have been disseminated on both Russian and Georgian social media in the past as well. For more, see the articles prepared by the “Myth Detector:”