Coffee, Drugs or Sport – What did Zelenskyy Talk about? 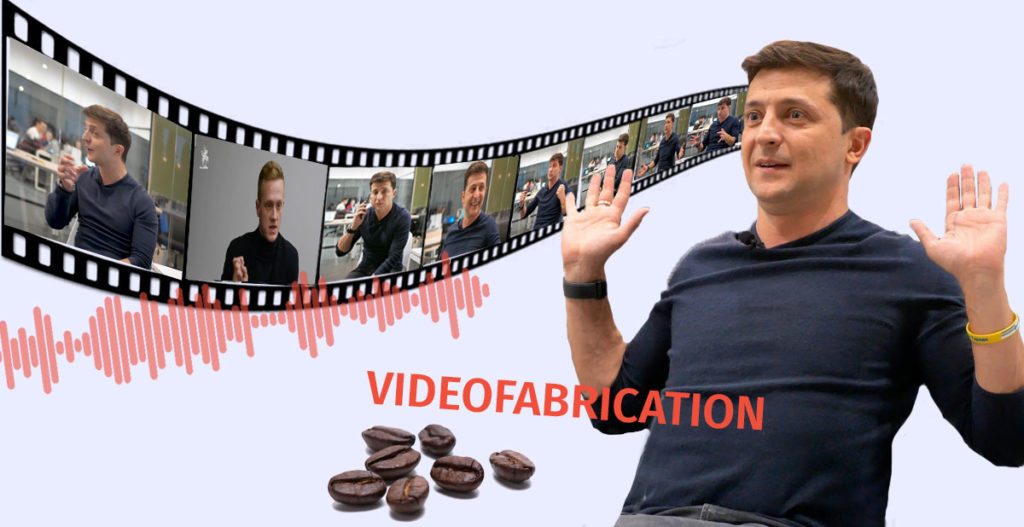 Over the course of the last couple days, a few-second-long video of the speech of the President of Ukraine, Volodymyr Zelenskyy, has been actively disseminated on social media. In the video, Zelenskyy says that he advises everyone to use drugs, but not heavy drugs and taking drugs is the mode in which we live, and the energy obtained in this way is enough for him until the evening.

The video was also posted by the Georgian Facebook users “Fantina” and “Lasha Menteshashvili.” Facebook user “Ленна Ермолаева” posted the video in the Russian-language Facebook group “Russian Canada-Русская Канада.” The video was published by the Armenian outlet PastinfoTV-2 on its YouTube channel. 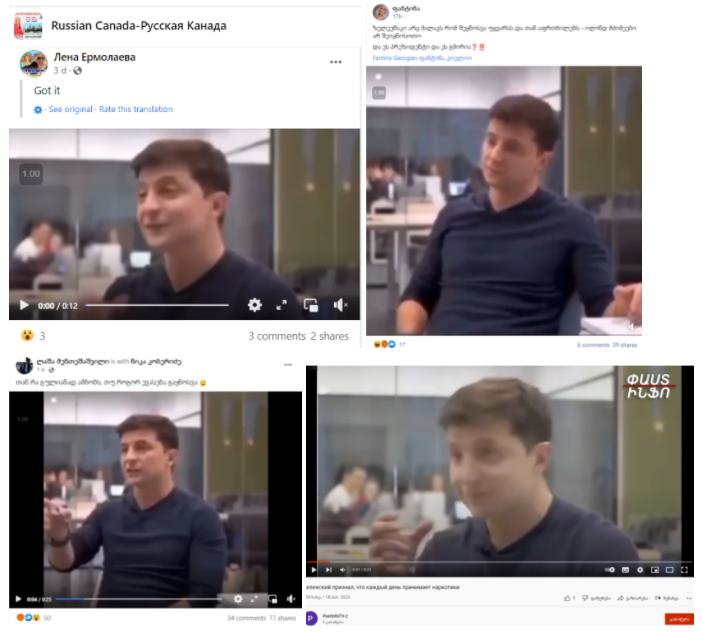 The few-second-long video was circulating on the internet in 2019 as well. The video was then shared by users of YouTube and the Russian social network Ok.ru. 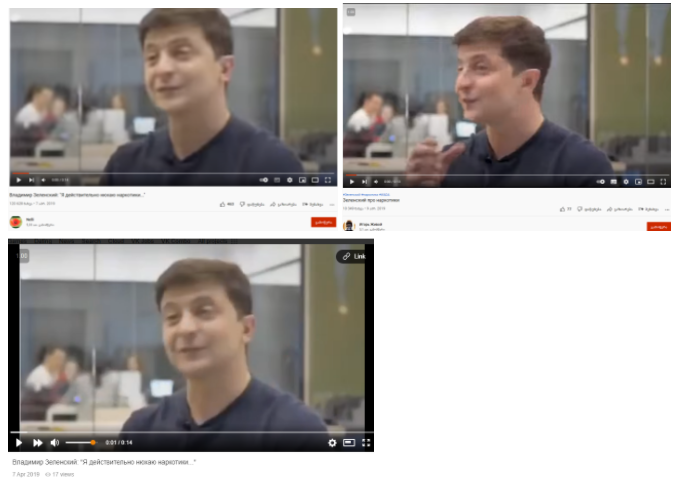 The disseminated video is altered using a software. In fact, the video footage is compiled from two different excerpts from the interview. In one part, instead of drugs, Volodymyr Zelenskyy talks about his love of coffee, while in the other part, he says that he recommends exercise to everyone. As a result of processing, the word “exercise” has been replaced by “drugs”. In the authentic version of the same interview, Zelenskyy clearly states that he does not use drugs.

The disseminated footage of Zelenskyy was cut out from the January 2019 interview by the Ukrainian edition Українська Прада, when Zelenskyy was still a presidential candidate. 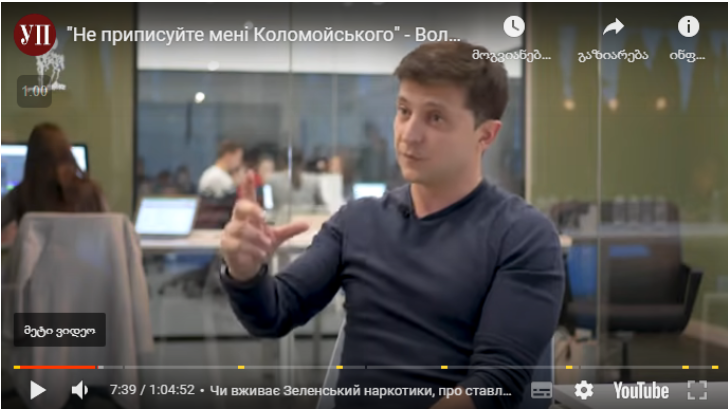 The disseminated footage of Zelenskyy was cut out from the January 2019 interview by the Ukrainian edition Українська Прада, when Zelenskyy was still a presidential candidate.

At the beginning of the interview, the journalist joked about Zelenskyy’s energy and said that because of his activism, it was said in political circles that he was taking drugs, more specifically, “sitting on cocaine.” Zelenskyy replied to the reporter that he was indeed sitting on a white, although it was just a white chair. In this part of the interview, Zelenskyy mentioned his love for coffee and his addiction to it.

Journalist: You are very active; people in political circles say that you are “on cocaine.”

Volodymyr Zelenskyy: Excellent. No, I’m on something white, but it’s just a white chair, not cocaine. I do not take drugs; I smell coffee because I am addicted to coffee; I really love coffee.

Volodymyr Zelenskyy: “I get up at 07:00, I walk the dog, I do sports. What is sport? You have to get to the point to force yourself. And that energy remains for the rest of the day. I advise everyone, though not hard workouts, because you will fall asleep later in the day. And this energy stays with me until the evening.”

In this part of the altered video, the word “sports” has been replaced with the word “drugs.”

Evidence that Zelensky confirmed drug consumption in an interview was circulated in 2019, shortly after the interview was published. The publication Українська правода also responded to the release of the video, noting that it was taken out of context and altered. On April 8th, 2019, the media outlet published an article about the interview, explaining that Zelenskyy did not say in the interview that he was consuming drugs and that this was part of his regime. 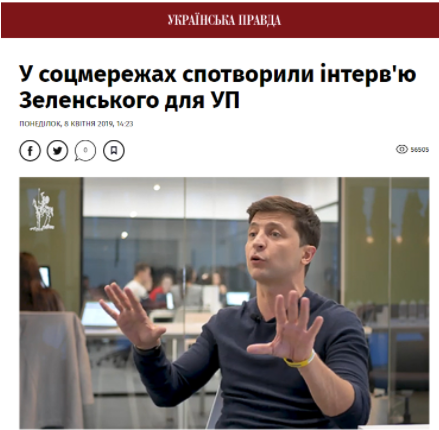 Interestingly, a few days before the reemergence of the altered video, Kremlin media outlets such as Lenta.ru, Vesti.ru and Ria.ru actively wrote that the President of Ukraine made statements under the influence of drugs, and it was evident from Zelenskyy’s statements that he is an addict. 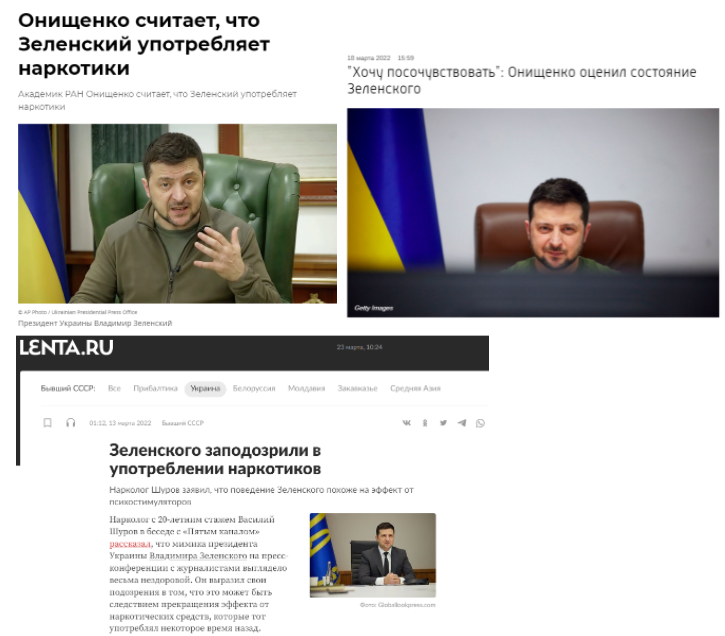