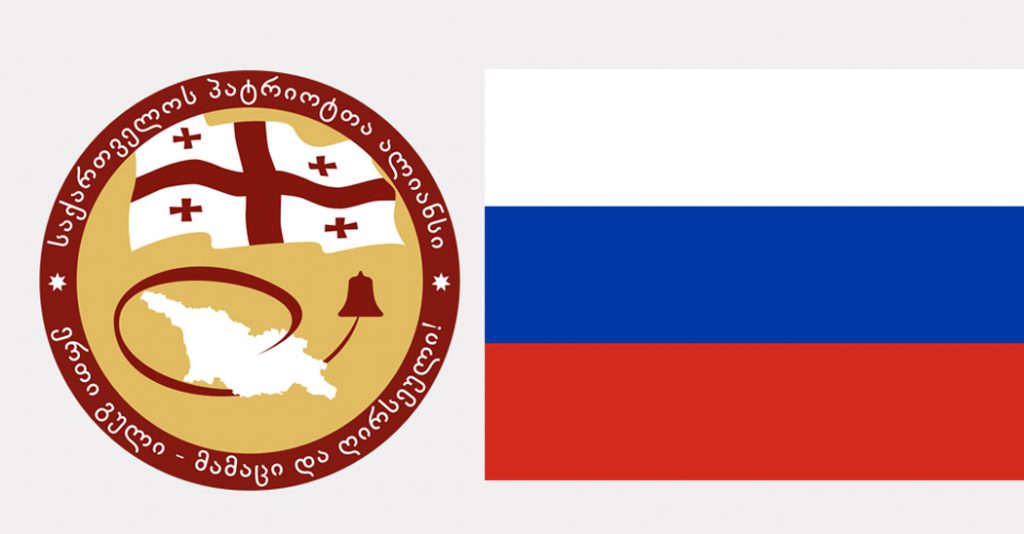 A member of the Alliance of Patriots, Vaja Otarashvili, stated on January 24, 2018, on air at TV Obiektivi that USA gives birth to terrorists itself and that George W. Bush allegedly aimed to create an “epicenter” in Pankisi Gorge.

Vaja Otarashvili: “These terrorists are created by America itself, i.e. Syria, where they artificially created a quasi-state of terrorists and then fought it themselves. America wanted to create a similar ‘epicenter’ in Pankisi Gorge. That letter by [George W.] Bush proves it, by the way.”

Otarashvili’s statement is a lie, as the Government of Georgia regained control over Pankisi Gorge exactly through the “Train and Equip” program by the US Government, which ultimately saved the country from Russian intervention.

Situation Prior to the Start of Train and Equip

The Government of Georgia was unable to control Pankisi Gorge since 1999. Soon after the start of the Second Chechen War, several thousand refugees moved to Georgia and found safe haven in Pankisi Gorge. Since 1999, criminal situation in the Gorge deteriorated, cases of kidnapping, narco-trafficking and murders became more often. A 2003  report by Human Rights Watch about human rights in Georgia mostly concerns exactly the condition in Pankisi Gorge from the point of view of human rights.

Georgia Train and Equip Program (GTEP), with a budget worth USD 64 million, began on May 27, 2002 and was implemented in several phases.

As a result of GTEP, Armed Forces of Georgia significantly  increased its capacity in the direction of combined operations implementation; abilities and skills of conducting anti-terrorist operations were improved and strengthened. Approximately 2,600 Georgian soldiers went through training in the framework of GTEP.

The message that Georgia represents a haven and a transit for terrorists is a part of the Russian narrative. The Foreign Minister of Russia, Sergey  Lavrov stated on several occasions that the so-called “Islamic State” owns training bases in Pankisi and that the Gorge has a direct connection with ISIS, which Lavrov portrays as a national threat to Russia.