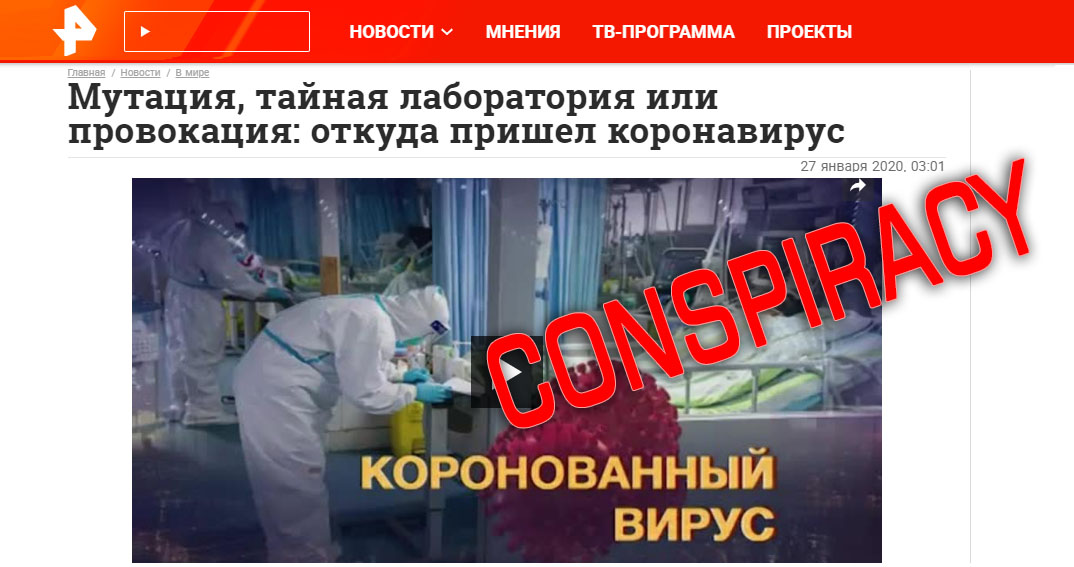 The main source of Ren TV is a Russian military expert Igor Nikulin.

Igor Nikulin, military expert: “We will see soon, against whom [Coronavirus] it is directed. However, as it happened in China, it seems that it was [directed] against China. It looks like a diversion. First of all, this is a city of Wuhan, the centre of the country,  the large transport hub. Also, there are Chinese New Year celebrations now – millions of Chinese are travelling across the country to visit their relatives and so on.”

Based on Nikulin’s opinions, there are several conspiracy narratives developed in the report:

In the context of conspiracy narrative, the story author names  Tbilisi-based Lugar Laboratory of biological research, making an unreasonable parallel between virus found in China and Tbilisi Laboratory. Moreover, the story features the archive material from 2018, in which former Georgian Minister of Security Igor Giorgadze talks about the threats coming from the Lugar Lab. 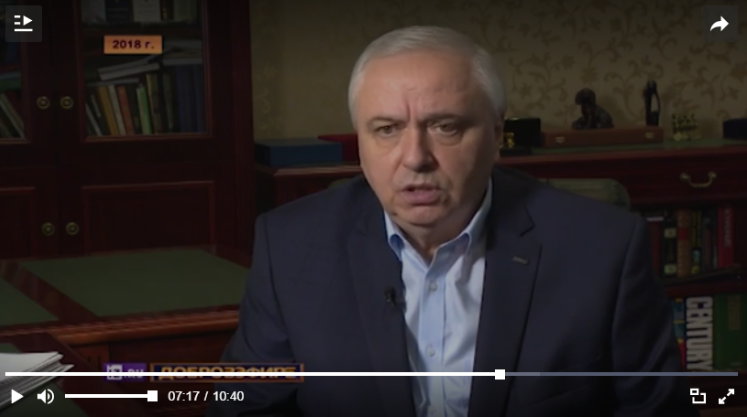 Lugar Laboratory is a part of the National Center for Disease Control and Public Health of Ministry of Health of Georgia. For years, Lugar Lab has been a target of Kremlin, Russia affiliated media, Russian politicians and high officials. Except for US-financed C Hepatitis Treatment program, there are other conspiracies linked to the lab. Russian Parliament member and former head of Russian Federal Service for Surveillance on Consumer Rights Protection, Gennady Onishchenko accused Lugar lab on artificial creating of Zika virus in Abkhazia in 2016. In 2013, he also linked the lab in spreading African swine fever virus in Russia.

What do we know about Coronavirus?

According to the recent data, the number of people who are infected by the Coronavirus is nearly 3000 , the vast majority living in China. As of today, the disease has already killed 81 people in China, out of which 76 people died in the central province of Hubei, the centre of the outbreak. The cases of the infection have also been reported in Thailand, Hong Kong, The United States, Taiwan, Australia, Macau, Singapore, Japan, South Korea, Malaysia, France, Canada, Vietnam and Nepal.

According to BBC, the source of the coronavirus could have been passed to humans from animals. For example, a similar virus, SARS, which broke out in China in 2002-2003, was spread from bats, killing around 800 people. Chinese authorities have decided to ban the sale of animals across the country. The Coronavirus starts with a fever, followed by a dry cough and then, after a week, leads to shortness of breath, which can require hospitalization. In spite of these symptoms, the incubation period – during which a person has the disease, but no symptoms yet – ranges from between one and 14 days.