Recurring Disinformation that the United States is Evacuating ISIS Leaders 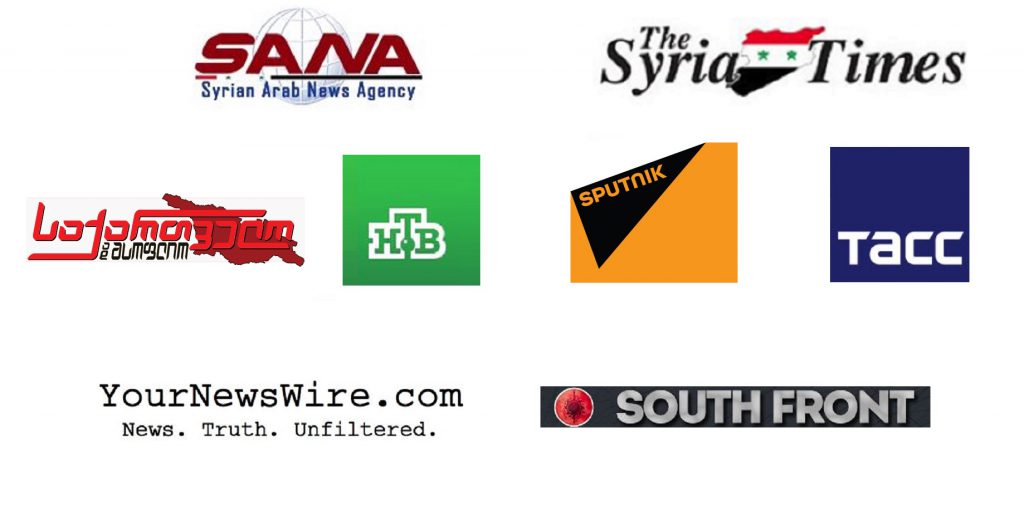 A governmental information agency “SANA” is indicated as the primary source. The material is accompanied with a photo, showing a soldier with a helicopter on the background.

The disseminated information is based solely on “civil sources” and is not backed by independent sources. The Syrian governmental media outlet SANA, which disseminated the news in the first place, cannot be considered such an unbiased source. The photo, used by Georgia and World as the illustration to the material, is misleading, as it shows a different event and, thus, cannot be used as an evidence to prove that such development actually took place. Georgia and World uses a propaganda method, aiming to portray an event as real without any facts and evidences.

1. Instead of Syria, the photo shows a base of the international coalition located near Mosul

The article by Georgia and World is accompanied by a photo, showing a soldier with a helicopter on the background. This photo does not describe the event, which Geworld.ge refers to in the article. Actually, the photo was not taken in Syria, but rather in Iraq, at the base of the international coalition near Mosul, on October 19, 2016. The photo belongs to the Associated Press. 2. The disinformation is nine months old

The material by Georgia and World comes with a disinformation disseminated by Ria Novosti in summer 2017, according to which the latter, based on their military-diplomatic sources, claimed that American military helicopters evacuated more than 20 military commanders from Deir ez-Zor to the north of Syria.

The information about the evacuation of ISIS leaders by the Americans first appeared in August 2017. According to DFR LAB, the information was disseminated by a Syrian edition Deirezzor 24. The edition claimed that the United States was evacuating those individuals that were working as spies for the USA. Various sources disseminated this information with manipulative forms. This is where the disinformation about the United States allegedly evacuating ISIS leaders originates. According to DFR LAB, initially, the disinformation had been shared at least 14,000 times.

3. Sources of the disinformation

The primary source of the information is the Syrian governmental edition SANA, which published the information based on “civil sources”. The article does not present other evidences. Pro-Kremlin, as well as tabloids and outlets associated with the Government of Syria, disseminated the information based on SANA. These sources do not mention, why would the United States evacuate those forces that the coalition fights against and they publish it without evidences, based solely on one source.