Myths About Refugees and Asylum-Seekers Disinformation that there is a colossally large number of refugees and asylum-seekers in Georgia, posing the greatest risk to the country’s security is mostly disseminated in Georgian discourse by ultra-nationalist and openly pro-Russian actors. They reinforce an opinion that an indefinite number of refugees and asylum-seekers are taken in and try to equate persons under international protection with criminality and terrorism.

One of the first messages voiced in this context was made by Dimitri Lortkipanidze, member of United Democratic Movement, who linked receiving refugees with the process of integration with the European Union. He stated that based on the readmission agreement concluded with the European Union Georgia undertook a commitment to take in Syrian refugees.

According to the 2017 data of the Ministry of Internally Displaced Persons from the Occupied Territories, Accommodation and Refugees of Georgia, presently, there are 1,477 persons benefiting from international protection in Georgia. In 2012-2017, 6,457 persons sought asylum cumulatively. Out of this number, only 1,505 applications were upheld. A refugee status is granted to a person who has well-founded fear of being persecuted for reasons of race, religion, nationality, membership of a particular social group or political opinion. Georgia ensures legal protection of refugees in accordance with the commitments under the 1951 Geneva Convention.

If we have a look at the statistical data of 2012-2017, in these years, asylum was sought by 6,457 persons in total. It is evident from the data that in 2014, compared to the previous years, the number of asylum seekers considerably increased. This was preconditioned, on the one hand, by the war started in Ukraine and illegal occupation of Crimea by Russia and, on the other hand, by the ongoing armed conflicts in Syria and Iraq. In 2014, 419 citizens of Ukraine sought asylum in Georgia. In regard to refusal to grant asylum, the trend of increasing refusals is noticeable in 2012-2017; in total, 1,580 persons were denied asylum. In 2,845 cases, the procedure of granting asylum was discontinued due to various reasons. Concerning Persons with Refugee Status, Humanitarian Status and Those Under Temporary Protection

In Georgia, issues related to refugees are governed by the Geneva Convention and the Law of Georgia on International Protection.

Under the Geneva Convention, refugee status is granted to someone who:

The Ministry of Internally Displaced Persons from the Occupied Territories, Accommodation and Refugees of Georgia issues to a person with refugee status a temporary residence card and a travel document for refugees for a term of three years. It should be noted that a person can be denied refugee status if there are sufficient grounds to believe that he/she will endanger the state security of Georgia, its territorial integrity or public order.

To this date, there are 235 citizens of the Russian Federation under temporary protection. In 1999, due to the warfare conducted by Russia in the Chechen Republic, the applications of Russian citizens seeking asylum became large-scale. Therefore, the Georgian authorities applied the principle of group determination of status on a prima facie basis.

The basis for legal protection of refugees is the 1951 Convention Relating to the Status of Refugees and its 1967 Protocol. It is highlighted in the convention’s preamble that one of its main goals is to assure refugees the widest possible exercise of fundamental rights and freedoms, and human beings shall enjoy fundamental rights and freedoms without discrimination.

Georgia, as a subject of international law, undertook the obligation to protect asylum-seekers, refugees and humanitarian status holders in 1999 when it acceded to the 1951 Convention Relating to the Status of Refugees. 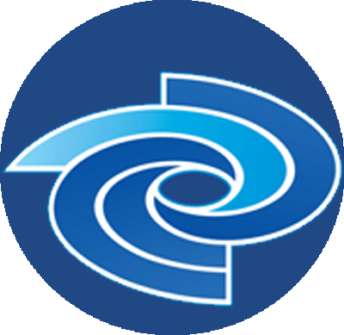