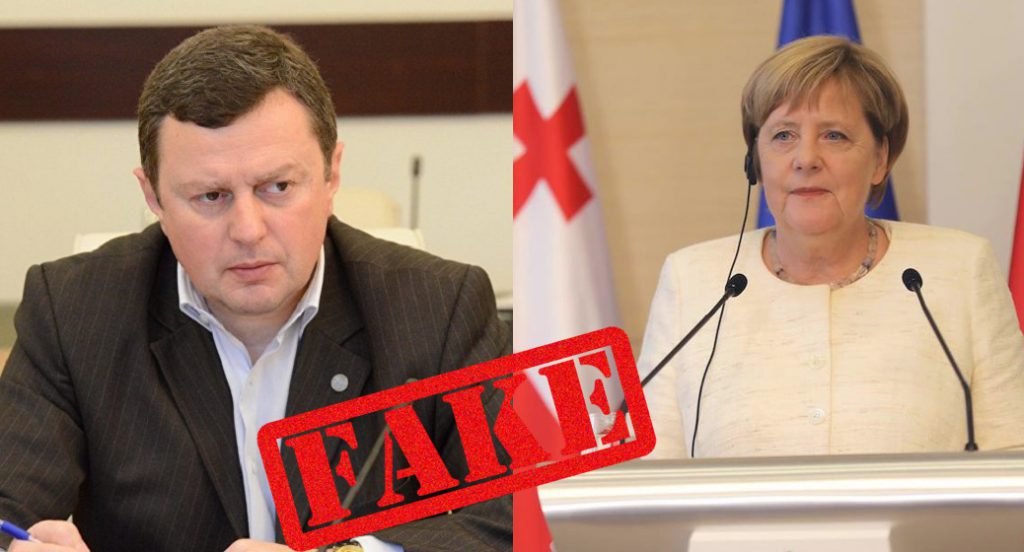 On January 30, 2018, the web portal “Georgia and the World” (Geworld) published an article titled “Betrayal.” The article tells about a rally organized by the adversaries of the United Nations covenant on migration. The rally took place on January 28. One of the organizers of the rally and director of the Primakov Georgian-Russian Public Center Dimitri Lortkipanidze states that the fact that Georgian government has signed the covenant will result into large number of migrants settling in Georgia. According to him, after the German Chancellor Angela Merkel’s visited Georgia in August 2018, the grant allocated by the German government to Georgia and another 3.4 billion euros allocated for infrastructure development within the framework of the EU project is actually intended to be used for for the arrival and settlement of migrants.

The announcements made by head of the Primakov Georgian-Russian Public Center as if the 3,4 billion euros was designated not for the infrastructure development but for the migrant intake is misleading because, 193 million euros (where the allocated grant is 150 million euros) is intended to be used for the construction of first underground gas storage and improvement of water and sewage system; And the 3,4 billion euros allocated in the framework of the Trans-European Transport Networks (TEN-T) project, will be used to fund in total 18 different projects – including construction of motorways, railways, logistics centers and Anaklia port.

FACT 1. The 193 million Euros allocated by the German government to Georgia is intended for construction of underground gas storage plant and improvement of water supply and sewage systems.

In the framework of the German Federal Chancellor’s visit to Tbilisi on 24 August 2018 and by the order of Federal Ministry for Economic Cooperation and Development (BMZ) the German Reconstruction Credit Bank (KfW) has allocated 150 million euro grants for the construction of the first underground gas storage plant in Georgia. In addition, under the direction of the German government, the Reconstruction Credit Bank (KfW) signed a loan agreement with the Government of Georgia with a grant of 40 million euros (subsidy of 3 million euros) to improve the water supply and sewage system in the Autonomous Republic of Adjara.

FACT 2. Funding of 3.4 billion euros allocated in the framework of Trans-European Transport Network (TEN-T) Investment Plan will be used for implementation of 18 specific infrastructure projects.

On January 15, 2019, the European Commission published an Investment Plan of Trans-European Transport Network (TEN-T). According to the investment plan, 18 projects will be implemented in Georgia, with an estimated cost of approximately 3.4 billion euros. The complete budget of the project is 13 billion euros.

The following projects will be financed in the framework of TEN-T: 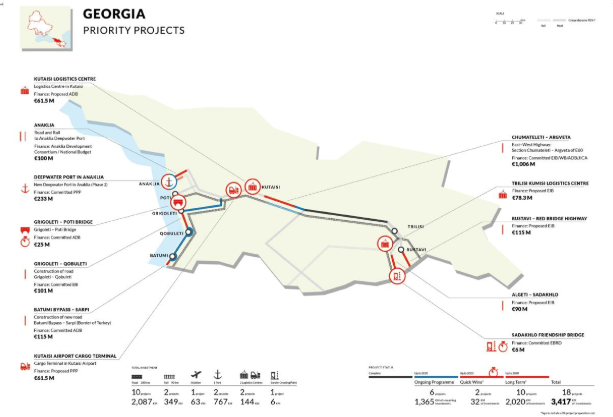 Trans-European Transport Network (TEN-T) investment plan aims to improve transport links between Eastern Partnership countries (Georgia, Armenia, Azerbaijan, Ukraine, Moldova and Belarus) by 2030. This will contribute to the economic development of these countries. The above mentioned plan was developed by The European Commission and the World Bank. As a result of investment projects in these countries, 4800 km long road and railway, 6 ports and 11 logistics centers will be built.

Disinformation as if the West obligates Georgia to take in the migrants, is used by the Kremlinist actors to stir anti-migrant and anti-Western sentiments.

Kremlinist actors (including Sputnik, “Alliance of Patriots of Georgia” member Irma Inashvili, Jondi Baghaturia, the leader of “Georgian Troupe (Qartuli Dasi)”, Dimitri Lortkipanidze, director of the Primakov Georgian-Russian Public Center, and others) had previously stated that the United Nations “Safe, Orderly and Regular Migration Global Compact ” taken in Marrakech On December 19, 2018, obliges Georgia to take in migrants. However, the obligation to get increased flow of migrants is not mentioned in the document. The document itself is based on the principle of state sovereignty, which states that the states themselves define migration policy.

Visit of German Chancellor Angela Merkel to Tbilisi was linked with increased intake of migrants by a Russian political analyst Avigdor Eskini and the ultra-nationalistic Facebook page Georgian Power. However, the statement on migrants’ intake has not been made within Merkel’s visit and Georgia is not obliged by any international treaty to receive migrants.

Disinformation as if UN Compact Obligates Georgia to Accept Migrants