On November 30, a photo of the 3D graffiti caricature of Ukrainian President Volodymyr Zelenskyy was disseminated by Kremlin propaganda media outlets, including Channel One, Russia Today, ВЕСТИ, Украина.ру, Известия, Аргументы и Факты და Федеральное Агентство Новостей. According to the Kremlin media, the photo was taken in Paris, and the authors of the graffiti posted it with the following description: “Hello, France. Give me all your money. I’m sorry, but I don’t care.” The photo shared by Russian media is a screenshot of the Instagram post and appears to have been posted by the Instagram account “typicaloptical.”

On December 1, the photo of Zelensky’s caricature graffiti was published by Georgian language Facebook pages and users as well (1,2). 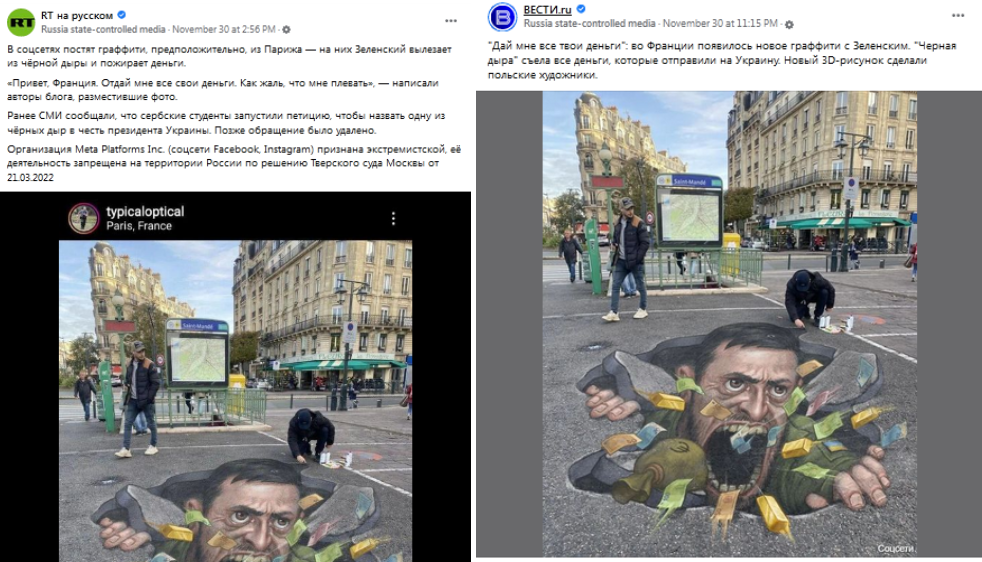 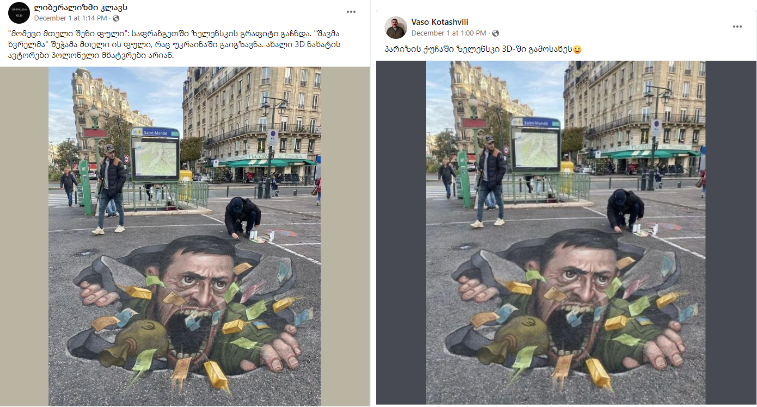 The viral photo shows that the graffiti is located near the exit of the Saint-Mande metro station. The photo also shows the flower shop La Florangerie. 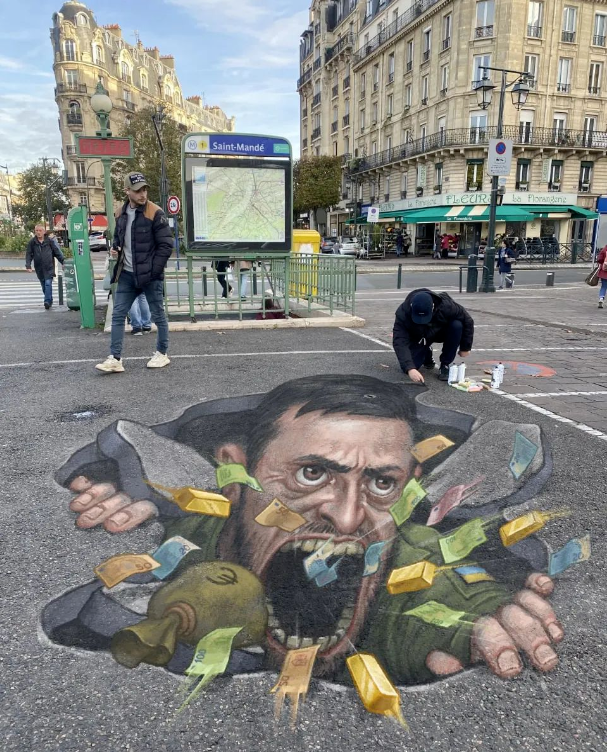 These objects allow us to precisely determine the location of the place depicted in the photo and to explore the area near Saint-Mande metro station using Google Street View. In the distributed photo, it can be seen that the graffiti is painted on the parking lot near one of the subway exits.

On December 3, an alumnus of Myth Detector Laboratory checked the location on the spot and confirmed that there is no 3D graffiti of Zelenskyy at the entrance of the Saint-Mande metro station.

The altered photo of the 3D graffiti was shared by the Instagram account typicaloptical. It should be noted that only two photos are published on this account page. The first one was published on November 2 and also featured 3D graffiti of Zelenskyy. According to the description of the post, the photo was taken in Warsaw. 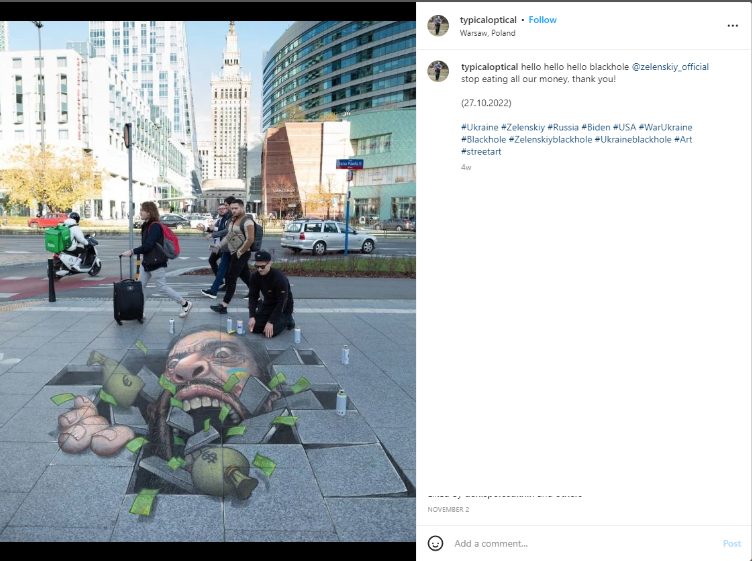 The mentioned photo is fabricated as well. The photo was verified by several different outlets, including the fact-checking organization Delfi, the Ukrainian publication Ukrinform, and the Polish fact-checking project Konkret24. In a comment to Ukrinform, the spokesperson of the Wola district (where the graffiti is allegedly painted) in Warsaw, Mateusz Witczyński, stated that there is no such painting in the district and called the photo a “low-quality forgery”. Witczyński also provided a photo showing no graffiti at the location.

The location in Warsaw was also fact-checked by the analysts of the Polish project Konkret24, confirming that there is no such graffiti in the Wola district.

Konkret 24 contacted Łukasz Polak and Przemysław Wójciak, the 3D art specialists of Donutstudio.pl, who have also confirmed that the photo is most likely fabricated.

Łukasz Polak and Przemysław Wójciak: “First of all, you can see the sprays set up here, as if for show. However, it would be difficult to make such a mural with such sprays. They simply do not spray down due to the pressure. They are used for painting on vertical surfaces. Typically, such murals are drawn with chalk.”

Polak and Wójciak have also noted that drawing an image of this size is very time-consuming, and even if it were to be removed afterwards, it would leave some physical marks, which are clearly not visible at the location.