How Did a “Retractable Syringe” Become a Source of Conspiracies About Inserting Chips? 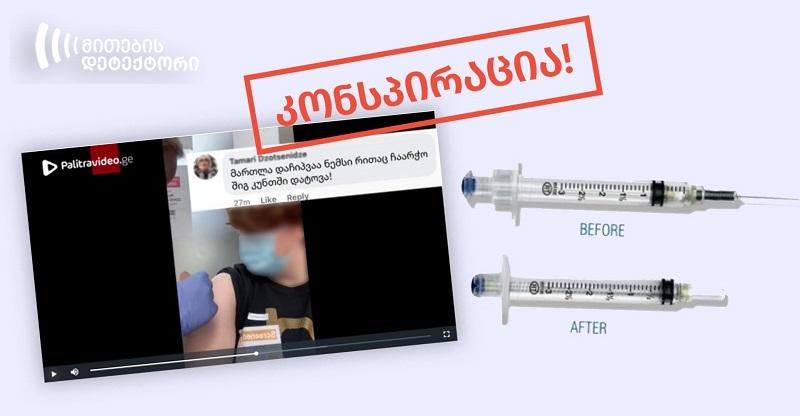 Update: After Myth Detector marked the information on Facebook, Palitravideo.ge edited the initial version and provided information about the retractable syringes to the readers.

On February 8, 2021, Palitravideo.ge published a video of an anti-COVID-19 vaccination carried out in the United States based on a Facebook post published by a Georgian Facebook user „უბატონო“ (Masterless) and was titled as follow: “’It is indeed an act of inserting a chip, the thing used for injection was left inside the muscle’ – a Georgian living in America got vaccinated on Facebook live, which was followed by negative reaction from a part of the public”. The article mentions that the Georgia, living in the US, got vaccinated on Facebook live, which was followed by mixed opinions in the public. The Palitravideo article comes with a video and several comments of anti-vaccination Facebook users, questioning the safety of the vaccine, calling towards abstaining from vaccination, and spread various conspiracies. One of the comments that can be read in the article connects the disappearance of the needlestick of the syringe after the injection to inserting chips. It is this comment that has been selected by Palitravideo to be put in the title of the article. With this move, the editorial board of Palitravideo promotes the spread of anti-vaccination conspiracies. 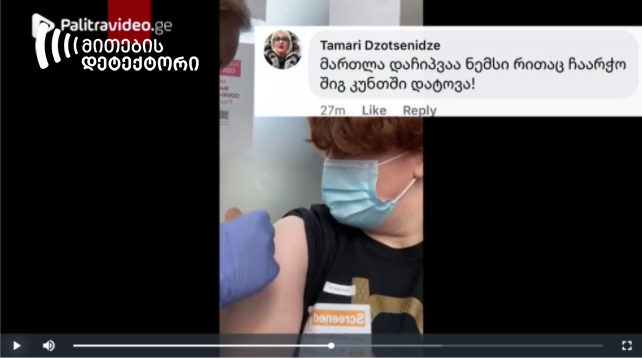 The vaccination video by the Facebook user “Masterless” showing the disappearing needlestick of the syringe used for vaccination caused raised doubts among some Facebook users. It has even been connected to the “chip” conspiracy. 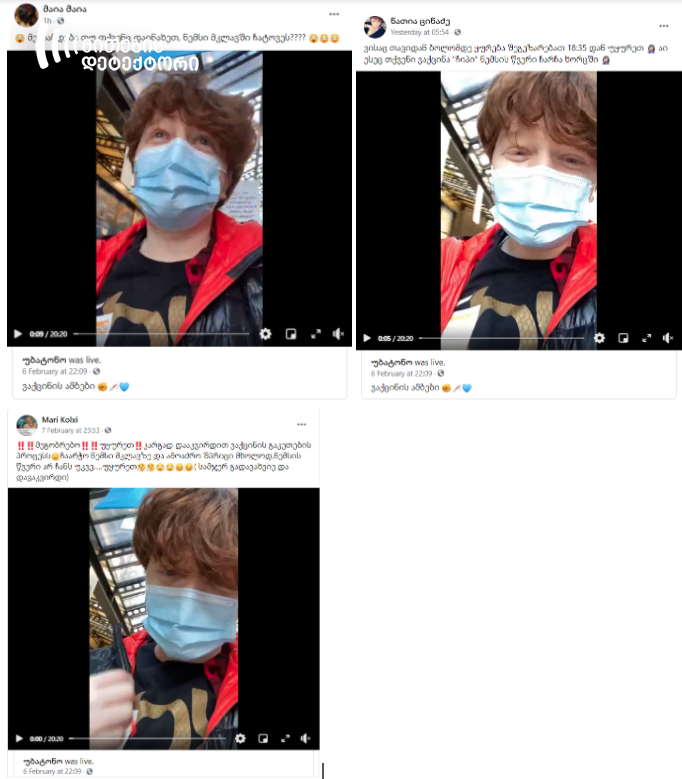 Palitravideo’s article about the vaccination of the Georgian Facebook user in the US is manipulative. Under the edited video there are only anti-vaccination comments. One of those comments, which connects the vaccination to inserting chips, has been put in the title of the article.

Connecting the footage of vaccination, where the needlestick is not visible after the injection anymore, to chip conspiracy is a conspiracy. In fact: 1. The footage shows the use of a so-called safe retractable syringe. 2. Retractable syringes are used in the US for COVID-19 vaccinations. 3. Safety syringe is not a new invention, it has been used around the world for years – moreover, the US and the EU recommend these syringes, as they are affordable for everyone.

1.The footage where only syringe can be seen after the infection, not the needlestick, shows the use of a sub-type of the so-called safety syringe.

Medical worker is using a subtype of a safety syringe, a retractable syringe, in the video. The needlestick of the syringe retracts into the barrel after the injection. 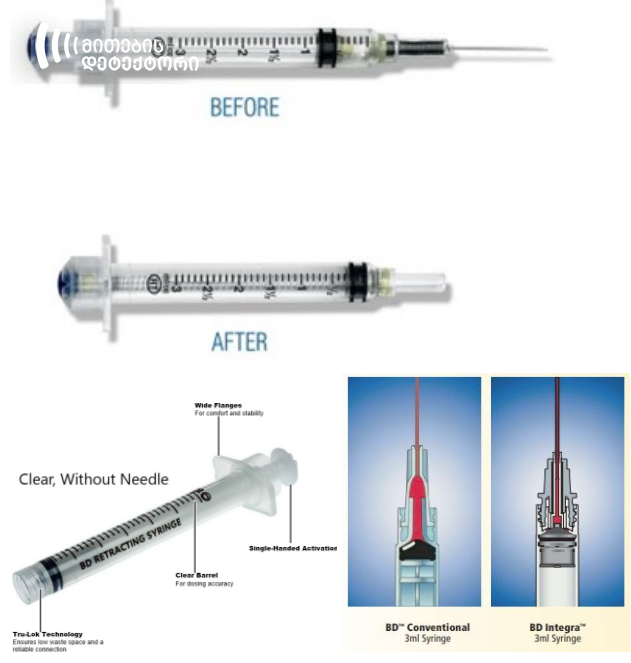 2. Retractable syringes are used for COVID-19 vaccinations in the US.

According to a statement published on the Twitter account of the Biomedical Advanced Research and Development Authority (BARDA), which is a structural unit of the US Department of Health, this body joined the process of increasing the manufacturing of retractable syringes for COVID-19 vaccinations. The syringe on the photo in the tweet is identical to the syringe in the video. 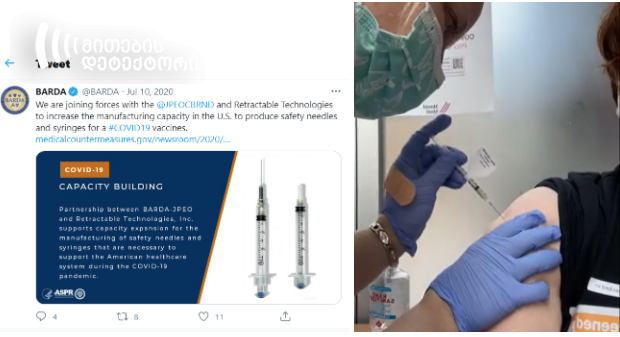 3. Safety syringes are not a new invention, they have been used around the world for years and protect medical staff from injuries. Moreover, the US and the EU recommend precisely these syringes, as they are affordable for everyone.

Safety syringes ensure that medical workers do not come in contact with the needlestick for the sake of prevention. Damage inflicted by the needlestick upon the medical staff may pose serious risks to their health and cause bloodborne diseases, such as hepatitis C and B or AIDS.

Retractable syringes can be purchased online, including on Alibaba. 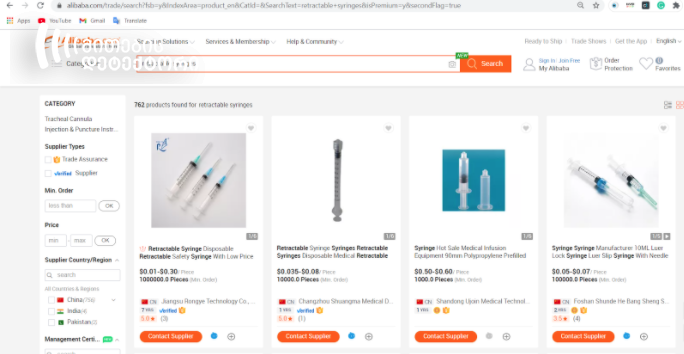 The use of safety syringes under the vaccination against COVID-19 has become the source of conspiracies earlier too. False information has been disseminated in Georgia and the United Kingdom about the videos featuring retractable syringes – as if “fake syringes” are used to deceive public and as if the vaccine actually does not exist.