Gurjaani, Dmanisi, or Oklahoma – What Does Travel Georgia Claim and What Did Mtavari Channel Air? 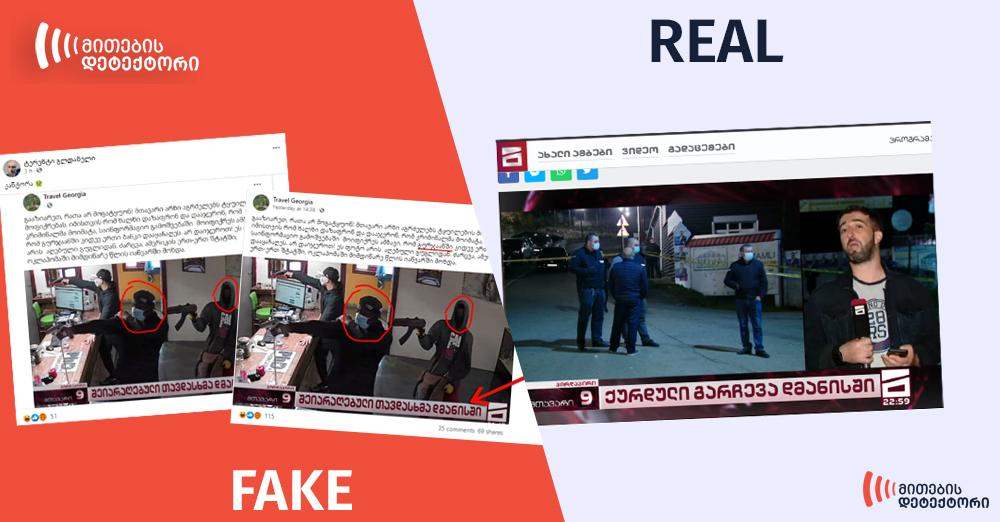 A Facebook group Travel Georgia published a post on October 25, 2020 claiming that the News program on Mtavari Channel aired a fake story about an armed robbery at a bank in Gurjaani. According to Travel Georgia, Mtavari Channel used a photo from a robbery in Oklahoma, U.S. to illustrate the fake news. The page calls on its users to share the post to expose Mtavari Channel in spreading lies. A screenshot is attached to the post where two African American robbers are circled in red and a logo of Mtavari Channel News at 9, as well as a title of the news on the bottom of the screen, but according to the screenshot, the news is called “Armed attack in Dmanisi”, not in Gurjaani. The post by Travel Georgia does not provide a link to the specific TV program or report which contains the given image.

Travel Georgia: “Share to not get lied to again! Mtavari Channel continues to make up lies. Now they made up news that another bank has been robbed in Gurjaani with the aim of fearmongering the public and convincing them that the crime rate has allegedly risen! This photo has been taken from Google. The robbery took place in one of the states of America, Oklahoma, in January of this year.” 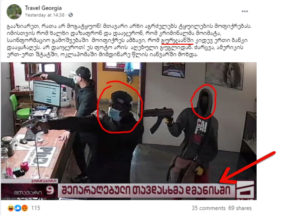 The information disseminated by Travel Georgia is not true and is a photomanipulation. There is no news about a robbery in Gurjaani on the webpage of Mtavari Channel. The TV reports about the robbery in Dmanisi were aired on News at 9 on October 21-22 and they did not include the image, shown by Travel Georgia. Disseminating photomanipulations aims to discredit oppositional media in the run-up to the election.

The TV reports about the robbery in Dmanisi were aired on News at 9 on October 21–22. They did not mention the armed robbery of the bank, however. They concerned an incident that took place in one of the campaign headquarters of the Georgian Dream – a verbal and physical confrontation between three inebriate individuals and the members of the Georgian Dream campaign headquarters. The News at 9 covered the incident with a title “Criminal confrontation in Dmanisi” on October 21 and with “Bloody confrontation in Dmanisi” on October 22. Another TV report about Dmanisi, available on the website of Mtavari Channel, is from September 16, 2020 and concerns an attack on a member of the United National Movement, Kakha Okriashvili, and his supporters. This report was titled “Confrontation in Dmanisi”. There is no TV report by Mtavari Channel titled “Armed attack in Dmanisi”, despite the claim and the illustration by Travel Georgia. 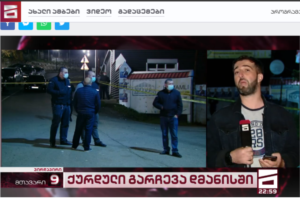 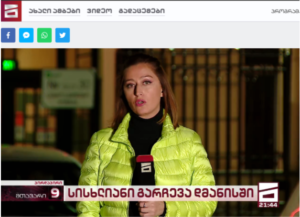 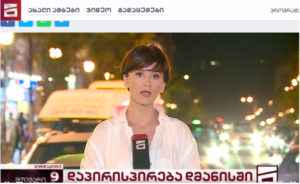 The photo that, according to the post, depicts a screenshot from a Mtavari Channel report, does in fact show an armed robbery that took place on June 21, 2020 in one of the cities in Oklahoma, U.S. The original photo has been disseminated by a local statewide media outlet Fox 25. 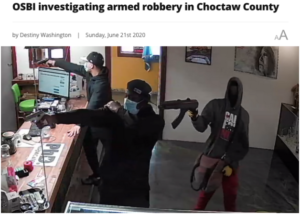 As of 18:37, October 26, 2020, the post by Travel Georgia had 69 shares. The given post was shared by two pro-governmental and anti-opposition pages „ტერენტი გლდანელი“ (Terenti Gldaneli) and „მიხეილ უკრაინოლოგი“ (Mikheil Ukrainologi). The photo manipulation was also shared on October 26 in another group of supporters of the Georgian Dream called „წინ საქართველოს უკეთესი მომავლისკენ!“ (Forward to the bright future of Georgia). As of October 26, the post by Terenti Gldaneli had 21 shares, while Mikheil Ukrainologi had 60. The post disseminated in the pro-governmental group was shared by 33 users. 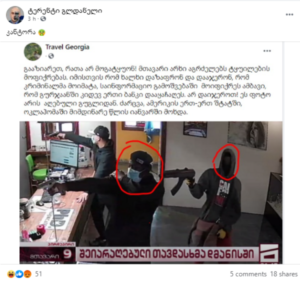 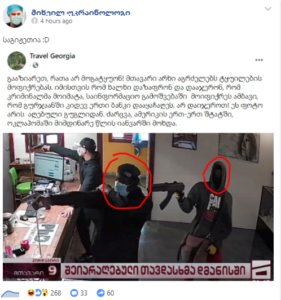 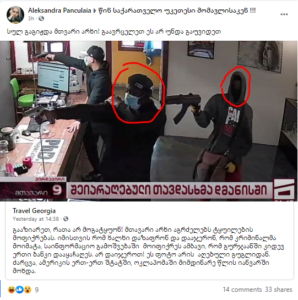 The page was created on April 9, 2020 and had its name changed five times. The page is currently managed by one administrator from Georgia and it used to publish photographs of various touristic sites. The name of the group was most recently changed on October 25, 2020. The photomanipulation about Mtavari Channel was published on the same day. 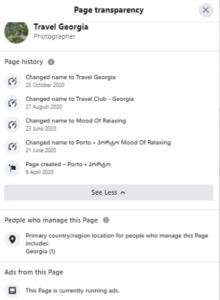 The article uses data by CrowdTangle, a Facebook search tool