Forced Vaccination “Roof to Roof” Or Transfer to Quarantine Space? 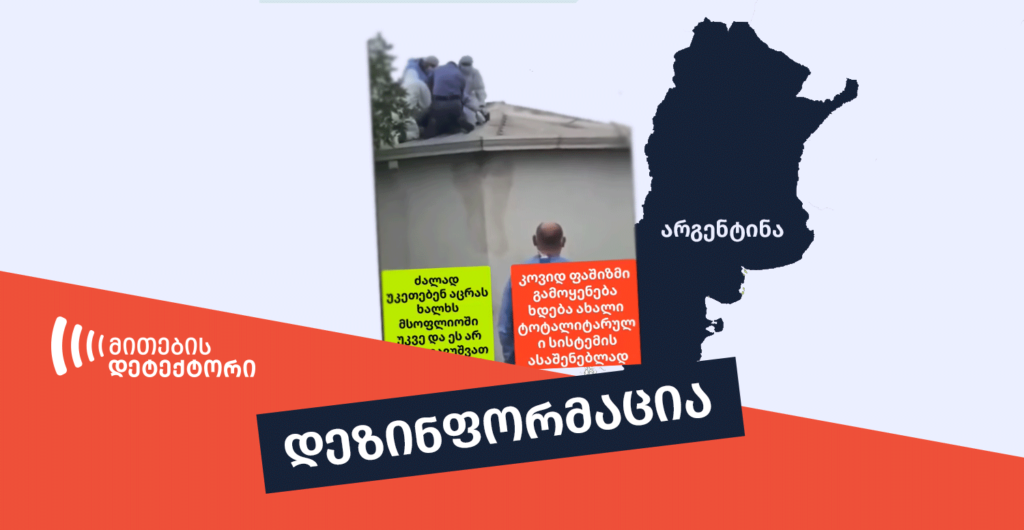 The video showcasing a man and several doctors on the roof of the building went viral on social media. According to the description, the doctors are trying to forcefully vaccinate the man on the roof. The video was shared by the following Facebook accounts კრიტიკული აზროვნება, გვანცა მაჭავიარიანი, and pages ეროვნული იდეოლოგია უალტერნატივოა, !!მნიშვნელოვანი!!. The account has uploaded the video in the group ლევან ვასაძის მხარდამჭერები [Levan Vasadze Supporters]. 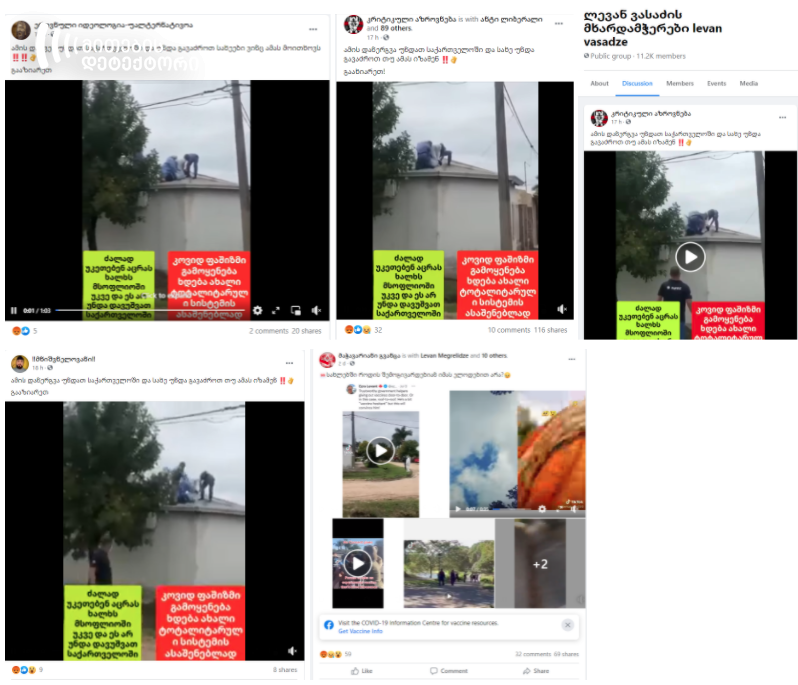 The video has nothing to do with forced vaccination, as it is shot in the Formosa region of Argentina and showcases how a man is being transferred into a quarantine space.

The video was recorded in the Formosa region of Argentina and showcased how the infected population or the close contacts are being forcefully transported in the designated quarantine facilities created by the local government during the pandemic. The information has been confirmed by the Argentinian and Brazilian journalists Maria Eugenia and Maria Laura on their YouTube channel on May 25th, 2021. 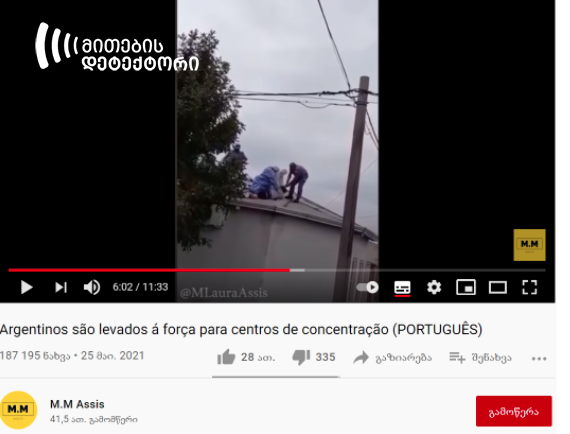 In their statement, journalists emphasized that the COVID-restrictions imposed in Formosa violate fundamental human rights since people are forcefully transferred to prison-like quarantine facilities, where they have to spend weeks without knowing their test results.

Human Rights Watch has also been reporting on the problematic nature of the imposed law of the local government of the Formosa province. According to the joint report of the HRW and John Hopkins University, since April 2020, more than 24000 people have been transported to the isolation facilities in Formosa, including visitors from other provinces, COVID positive persons and their contact circles.  Several people who have been to such isolation facilities have stated that the centres did not have satisfactory sanitary and isolation conditions, the rooms were not aired, and COVID-positive people were being held together with people still awaiting their results. Some people have also spent more than 14 days in the facilities since the time of the arrival and departure was not monitored.

The aforementioned video showcases the transportation of a person to a similar quarantine facility. The journalists did not name the date of the recording; nonetheless, their video became available on May 25th, while the video was linked with forced vaccination later in July.

On July 9th, 2021, Canadian journalist Ezra Levant published the same video with an ironic title. Levant wrote that trustees would walk “door-to-door” and, if necessary, “roof-to-roof” to vaccinate people. The person shown in the video was sceptical about the vaccines, but he would be “convinced.” The video can no longer be found on his Twitter page, but the description remains.

On July 11th, the text and video by Ezra Levant made into the TikTok account of nahnews, claiming that the events were happening in Canada. 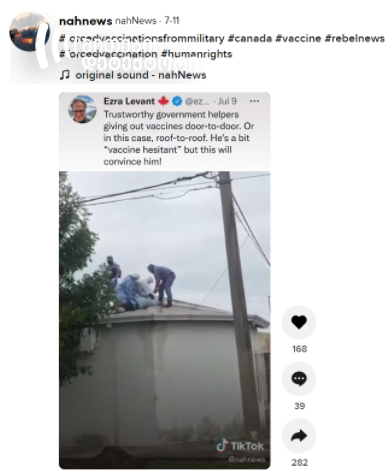 On July 13th, the video appeared on the social network Bigchute. The title claimed that the video showcased forced vaccination in Argentina. 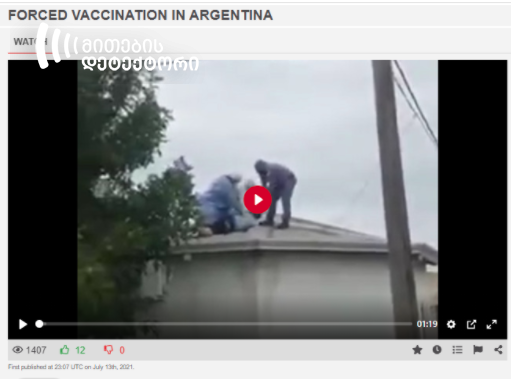 Videos falsely linked with forced vaccination have been identified by “Myth Detector” earlier as well:
Arrest for Drugs in 2018 or Forced Vaccination in 2021?