False Interpretations on Production and Import of Genetically Modified Foods 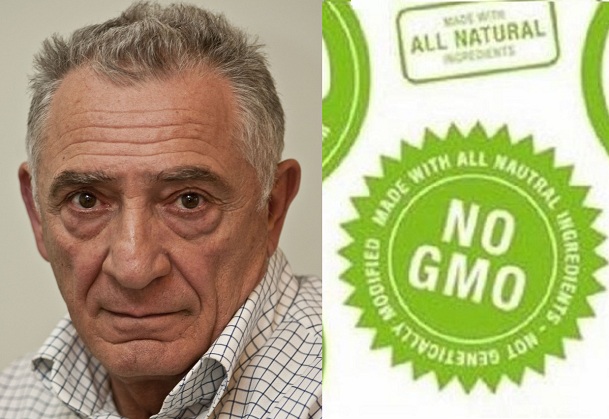 MP Gogi Topadze, leader of the Georgian Dream ruling coalition member party Industrialists, said that under the Association Agreement signed with the European Union, Georgia will have to reject its own traditions, and to justify his own words he cited the issues of LGBT persons and genetically modified foods.

Gogi Topadze, Georgian Dream: “We have signed the Association Agreement, but we do not look carefully at what the European Union is doing, what they are imposing on us. We have compromised on a lot of issues, including on those issues which do not comply with Georgian traditions, for example, LGBT communities; genetically modified foods are banned there and we are importing them.” Interpressnews, July 1, 2015.

The Association Agreement with the European Union, particularly its economic part (Deep and Comprehensive Free Trade Agreement – DCFTA) does not contain any provision obligating Georgia to import food with genetically modified organisms (GMO). On the one hand, the European Union does not ban the cultivation and/or import/export of genetically modified organisms in Europe; on the other hand, market regulation in non-member states does not fall within the competence of the European Union. The EU foreign policy and agreements aim at spreading its universally recognized norms and values among its member states and the Association Agreement helps Georgia harmonize its legislation with the EU law and bring its market in line with the EU requirements.

Production of GM foods is not banned in EU.

Prior to 2015, a number of EU member states tried to restrict the production of GM foods. France and Germany were most active in this respect. On the other hand, some EU states, such as Spain and Czech Republic, actively started to use GMOs in agriculture.

According to  Directive (EU) 2015/412 of the European Parliament and of the Council of 11 March 2015, the EU member states will have the right to prohibit the cultivation of GMOs on their respective territories. In October 2015, 19 out of 28 EU member states requested to opt out of producing genetically modified crops, effectively banning their cultivation. Belgium and Britain asked that the opt-out mechanism be reserved for only part of their country’s respective territories. Germany requested a partial opt-out that would still allow GMO research. The remaining 16 member states requested to fully opt-out of GMO cultivation.

As far as import is concerned, a number of countries outside Europe (Latin America, North America, Asia) are producing genetically modified maize, potato, tomato or other crops. Guiding by the rights of producers and consumers, as well as by the rights of free movement of goods and freedom of choice, the European Union has determined that not the import will be banned, but the regulation on import of genetically modified products will be amended. In particular, a producer, importer is obliged to subject a product to special labeling if GM food/feed products are in a proportion higher than 0.9 percent of the food/feed ingredients. In this case, a buyer will be able to differentiate genetically modified and traditionally produced foods. At the same time, in the case of pre-packaged GM food/feed products, the list of ingredients must indicate those GMOs and their doses, which are allowed and legal in the EU zone.

Georgia does not prohibit production and import of GM foods.

The Association Agreement envisages setting high standards on consumer rights and foodstuffs. Genetically modified foods, their import/production and relevant legislation are just one example of transition to consumer-oriented European standards.

Georgia enacted regulations on genetically modified products in 2015 (the Law of Georgia on the Labeling of Genetically Modified Organisms and Genetically Modified Products Made from Them, which are Intended for UseasFood/Feed). The law applies to the products intended for food and feed use with GM components in a proportion higher than 0.9 percent of the food/feed ingredients. According to the law, locally produced or imported GM products should be subject to labeling or if labeling is impossible, relevant information should be attached to the product in an easily noticeable place.

Business operators have an obligation to observe the law and ensure labeling. Violation of labeling standards and requirements shall be punishable by a fine at GEL 5000 and a repeated violation – by a fine at GEL 10000. Any product, which contains genetically modified organisms and is not properly labeled, will be destroyed and business operators will have to bear the expenses.

Georgia’s dependence on food import is high, as local production fails to meet the demand. Thus, imported goods may contain GM products, as well as natural, bioproducts. Relevant labeling enables a consumer to make an informed choice and buy a desirable product.

Cultivation of genetically modified crops was launched in the 1980s. It can be explained by several reasons. Genetically modified maize, potato or other products are more resistant to weather, pests and diseases. While traditionally cultivated agricultural products fail to meet the food demand of the world population, the above mentioned problems can further jeopardize food supplies. Almost over two decades after their global launch, the impact of genetically modified crops on human health still remains the subject of constant research. Nevertheless, it has yet to be proved whether such food causes negative health effects.

The dispute and research on GM products is still underway. Interpretations as if other countries have banned GM products and Georgia still allows them create wrong ideas.